May 6, 2020 by Barry Duke
0 Comments
Kids used as pawns in new assault on gays by Turkish authorities May 6, 2020 Barry Duke

FOLLOWING an April sermon in which Ali Erbaş –  head of Turkey’s Directorate of Religious Affairs, inset above – made inflammatory comments about gay people in a televised Ramadan sermon, education authorities in Turkey have reportedly ordered schools to prevents kids drawing rainbows.

The move came after children’s drawings of rainbows began appearing in windows as a symbol of hope for those in isolation, following a trend seen in many countries affected by COVID-19

The art museum Istanbul Modern encouraged children across Turkey to take part and displayed the paintings and drawings on their website.

But the innocent initiative was stopped in its tracks by the Turkish Education Ministry, which warned schools not to be fooled by “perverts.”

Erbaş said in his sermon:

Islam curses homosexuality. Homosexuality brings with it illnesses and decay to lineage. Let’s work together to protect people from such evil.

Turkey has seen a sharp spike in homophobia following that sermon.

Egitim-Sen, a teachers’ trade union, confirmed to Al-Monitor that some local education directorates had called on school principals not to allow children to participate in the project, saying it was:

According to the Turkish human rights lawyer Güley Bor, the teachers who encouraged the rainbows were accused of spreading “LGBT+ propaganda.”

In response, LGBT communitiies  hit back with rainbows of their own. Tweeted advocacy group SPoD LGBTI.

There is no colour of hate in the rainbow!

The bigotry over innocent rainbows hasn’t been confined to Turkey. There have been several reports of people in the UK objecting to the heartwarming trend, including one parent who insisted the rainbow was “a weapon” and complained that seeing the drawings was making them “feel like shit.”

Another person was so irked by the sight of the colourful drawings that they contacted their MP with a request that he urgently address the “the rainbow crisis” that is a conspiracy to sexualise children.

Unfortunately for the constituent, that MP happened to be the SNP’s John Nicholson, above, an openly gay man who politely yet firmly explained that they were talking utter bullshit. He said:

No amount of cajoling, threatening, or persecution makes heterosexuals gay or homosexuals straight. In my own case, I knew that I was gay from an early age.

After making it clear that “sexual orientation is inherent, not taught”, he concluded his response:

So let the NHS fly the rainbow flag, I say. Schools too. I’ll encourage them at every turn. And I hope, perhaps, that we’ll produce a happier and less angry generation than yours or mine.

But if, by any chance, you do manage to find a link between rainbows and sexual orientation, get on to the Nobel Prize Committee without delay. You’ll be a shoo in. 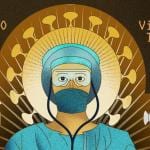 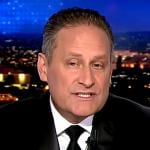 May 7, 2020 Hobby Lobby billionaire plans to foist a Bible museum on Britain
Recent Comments
0 | Leave a Comment
"If God exists, it doesn't give a ‮tihs‬‎ about anyone. So why make it part ..."
C Peterson Florida sheriff blast media for leaving ..."
"If I wanted people to have AR-15s, I'd have given them to My boy Jeez ..."
Gord O'Mitey Heaven huckster’s gun giveaway draws crowds ..."
"All religions are SUSS, and to give them tax relief is wrong because they make ..."
robert Carter Child sex abuse: JWs risk sanctions ..."
"What the Janissaies, the capos and other people who decide to weld themselves to the ..."
democommiescrazierbrother Florida sheriff blast media for leaving ..."
Browse Our Archives
Follow Us!