PARTS  of the US have been roiled for weeks by protests against the lockdown rules intended to stop the spread of COVID-19, protests which frame the rules not as measures to protect public health but as fascism and tyranny. The Guardian reported on April 30:

Hundreds of protesters, some armed, gathered inside Michigan’s state capitol on Thursday as state lawmakers debated the Democratic governor’s request to extend her emergency powers to combat coronavirus.

A tightly packed crowd of protesters, some carrying rifles, attempted to enter the floor of the legislative chamber, and were held back by a line of state police and capitol staff, according to video footage posted by local journalists.

“Let us in! Let us in!” the protesters chanted, as they stood shoulder-to-shoulder inside the statehouse. Few of them were wearing face masks.
Some of the protesters shouted anti-government slogans, including comparing the state’s Democratic governor, Gretchen Whitmer, to Hitler.

Yesterday I was walking past a neighborhood playfield park which has had signs at the entrances for weeks, urging people not to form crowds and warning that the park will be closed if it does get crowded. During those weeks I’ve seen people spaced widely apart, getting some fresh air, playing with a dog or two, playing with their children, all with apparent good cheer.

Today I noticed that the signs I was passing had TYRANT painted on them in large SCARY letters. Yes, not “tyranny” but “tyrant” – we’re not a literate people. Anyway, melodrama much? Public health rules to reduce infection by a virus that can kill do not equate to Hitler and are not tyranny, but way too many people are amusing themselves by pretending they do and are.

The joke here though is, where do these damn fools think the parks come from in the first place? How did the fence where the signs hang get there? How did the swing set, and the benches, and the rubbish bins? Who cuts the grass, and rakes the baseball fields every summer morning, and empties the bins?

In short it’s all social, every damn bit of it, and the price of the literally impossible-to-count benefits of social-ism (think about it, Donald Trump) is that there are some rules, and sometimes some of those rules are inconvenient to our precious self.

Pandemics are indeed a highly conspicuous example of this price, because the moves to slow them down, to flatten the curve, throw a spanner into the lives of people who are not ill yet, and who might (who knows?) never get ill, and why should they be forced to stay 3 metres away from everyone in parks just so that other people don’t get ill?

One reason of course is that there is such a thing as time, and causality, and contagion – there are statistics, and studies, and patterns. There is the inconvenient truth that not being infected now does not indicate impossibility of being infected later – in the next hour, in fact. But even if it did mean that, there would still remain the other reason to obey the social distancing rules, and that’s to avoid infecting everyone else.

Even that can be put in purely selfish terms if you like: if we don’t follow the rules and we do spread the infection all at once, who will take care of those parks we want to fill with crowds, who will drive the buses to take them there, who will grow and transport and distribute the food to keep them from starving?

The Guardian reports today on some new capers by the MAGA truck gun crowd:

Political leaders in Kentucky have condemned rightwing protesters against the state’s measures to fight the coronavirus, after the demonstrators hanged an effigy of Democratic state governor Andy Beshear from a tree.

The incident happened on Sunday during a protest in favor of gun rights and other mostly conservative causes. Several men produced a rope and an effigy and strung it from a tree outside the state capitol building in Frankfort.

In other words they staged a lynching in a former slave state, because they were in a snit about health measures during a pandemic. You can watch the edifying event, with Lee Greenwood singing “I’m proud to be an American” as the man tosses the rope over the branch, via this tweet. The pretend-lynchers don’t make me proud to be an American, they make me want to seek asylum in Canada.

The state representative Charles Booker, who is African American and the Democratic party challenger for the Senate majority leader Mitch McConnell’s seat in Kentucky in November, described the representation as “vile and traumatic”.

“It’s not just the threat on his life, it’s the fact that they demonstrated an act rooted in our history of racism. I’ve had family lynched in Kentucky,” Booker added. 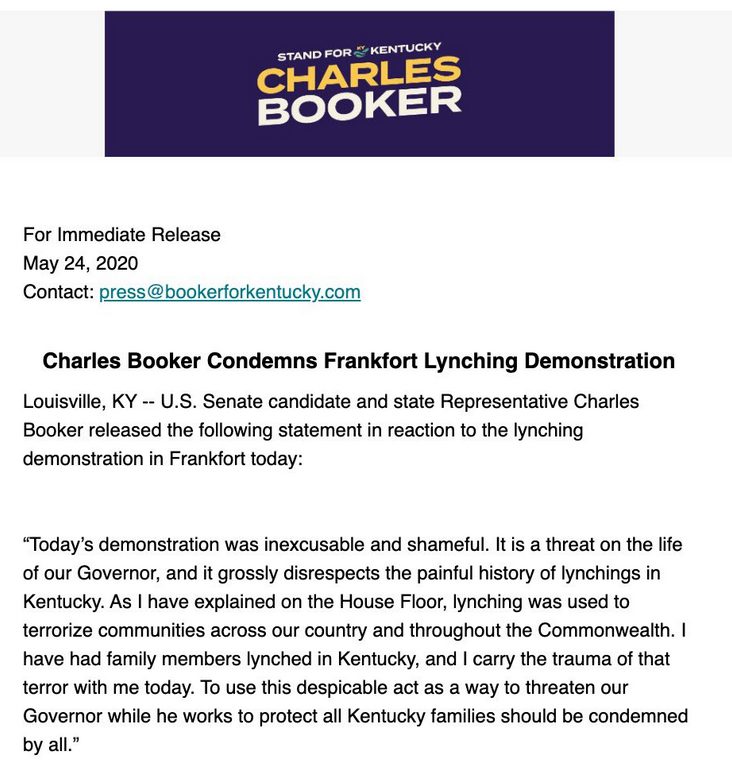 But but but our freedom to gather in crowds and pass the virus around – live free or die!

May 26, 2020
US MDs should use religion & spirituality when treating patients
Next Post 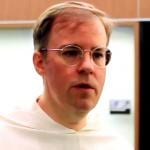