THE Nazi-like figure brandishing a crucifix is Robert Bakiewicz, a far-right Catholic leader in Poland. He tells a 60,000-strong rally ‘for God, Honour and Fatherland’ that what ‘Marxists’ and ‘lefties’ are afraid of is the cross. To roars of approval he then kisses it.

Footage of Europe biggest far-right rally appears in a new Foreign Correspondent YouTube report called A New Crusade.  In it journalist Eric Campbell asks Bakiewicz what Catholic values he would like enshrined in law. He replies:

All Catholic values. They are founded on what we can call the greatest and the most wonderful and beautiful civilisation that ever existed on Earth. I mean Latin civilisation.

He is also deeply anti-Semitic. Last year, after an effigy made to look like a stereotypical Jew was hanged and burned in a Polish town as part of an Easter ritual, Bakiewicz said:

Christ died and was resurrected also for you, pagans and traitorous Jews.

Campbell wrote in a piece published by Aulstralia’s ABC.net that a “jarring sight” at the rally was “priests clutching rosaries.” And he pointed out that:

Since the populist Law and Justice Party was elected in 2015, it has tried to make abortion even more restricted, cracked down on IVF, voted to make sex education a criminal offence and declared much of the country to be “LGBT-free zones”.

The church leadership is right behind the moves. The Archbishop of Krakow, Marek Jędraszewski, above, says Poland is facing a “rainbow plague” of gay ideologues pushing for same-sex marriage and adoption rights.

He likens them to the much-hated Soviets who occupied Poland until 1989.

“This ideology is a threat like the Red plague,” he says.

“It wants to make us support something that takes away our souls. It is a great danger. So we need to defend ourselves just like against any other plague.”

Campbell interviewed former Polish President Lech Walesa who is less than happy over the direction his country is traveling. The reporter wrote:

He is outraged by the extent to which the Law and Justice Party has taken political control of independent institutions like the courts, giving itself the power to choose judges and sack any who rule against it.

And while he’s a devout Catholic, he accuses the church leadership of complicity in return for power.

“The church needs to go back to its right place,” he says.

“Many priests haven’t returned to their religious field because they started to enjoy their political roles.”

Here is the chilling video report: 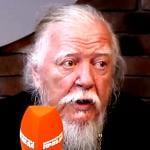 May 9, 2020
Priest who said COVID-19 was good for family life gets the virus
Next Post 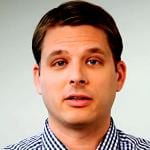 May 10, 2020 FFRF lawyer says handouts of cash to religious bodies must stop
Recent Comments
0 | Leave a Comment
"Falwell now has a “drastically reduced ability” to attach his name to business and charity ..."
Raging Bee Liberty U joined ‘anti-evangelical forces’ to ..."
"He is a christian. That is their favorite card to play."
johnsoncatman Liberty U joined ‘anti-evangelical forces’ to ..."
"Looks like the man is playing the "being persecuted" card."
Traveller Liberty U joined ‘anti-evangelical forces’ to ..."
"Well biblegod is a dick so his followers appear to be in his image."
Bob Jase Michigan lawsuit claims COVID-19 masks are ..."
Browse Our Archives
get the latest from
The Freethinker
Sign up for our newsletter
POPULAR AT PATHEOS Nonreligious
1