Texas clown-turned-mayor in a pickle over Bible-based misogyny

COUNCIL meetings in the city of Wylie, Texas, begin with prayers. Nothing unusual in that as many council annoyingly do the same, but the reason that Wylie is in the news this weekend is because its mayor, Eric Hogue, above – a former clown and active pastor – hates the idea of having women leading prayer.

His Bible-based misogyny, according to The Dallas Morning News, came to light after he expressed support for an invocation by a Christian missionary group, but added a caveat: no women are to be involved.

After enthusiastically accepting a suggestion from the city’s mayor pro tem, Jeff Forrester, that Youth With a Mission should open the next council meeting, Hogue, pastor at Wylie’s Cottonwood Church of Christ, said in an email that that would be hunky-dory– as long as “those leading the public prayer be young men.”

Let your women keep silence in the churches: for it is not permitted unto them to speak; but they are commanded to be under obedience as also saith the law. And if they will learn any thing, let them ask their husbands at home: for it is a shame for women to speak in the church.

He also quoted a passage from 1 Timothy that says:

Let the woman learn in silence with all subjection. But I suffer not a woman to teach, nor to usurp authority over the man, but to be in silence.

Hogue wrote that he has always asked for men to lead invocations, while acknowledging that:

Not everyone may agree with me, but I can’t go against my conscience.

Hogue did not respond to a request for comment from The Dallas Morning News, but he spoke to local television stations about the email, telling KXAS-TV (NBC5) that his belief extends only to public acts of religion.

What I will say is a woman can do absolutely anything and everything — but if we’re in a public setting, in a religious setting, the Bible teaches that she’s not to say a public prayer or to lead the singing or to deliver the sermon.

He reiterated that to WFAA-TV (Channel 8), saying:

But in the Church of Christ, he said, women don’t lead worship services or singing – only classes for women and children.

Hogue also pointed to his 33-year marriage as a sign of his respect for women.

My wife would not stick around if I was anti, you know, like that. I mean, we are equal partners in everything.

Forrester told WFAA he doesn’t share the mayor’s beliefs and was surprised by the email, but he added:

Hogue, 56, has been Wylie’s mayor for 12 years and is not seeking re-election this year. In addition to leading the church, he is a professional magician and formerly performed as a clown named Clinky.

One comment left below The Dallas Morning News report said: 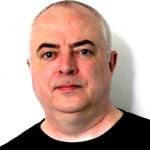 May 24, 2020 Frankfurt learns that opening places of worship was a very bad idea
Recent Comments
0 | Leave a Comment
"Costelloe claims that the 'church can and must also take whatever steps are necessary to ..."
David Cromie ‘Church has changed’ says archbishop after ..."
"I expect the 'holy father' had in mind members of the Roman church, such as ..."
David Cromie Pope Francis: Better to live as ..."
"It hardly matters how you slice and dice it, the fact remains that the man-god ..."
David Cromie Superhero Jesus comic branded ‘blasphemous’ by ..."
"???"
David Cromie Superhero Jesus comic branded ‘blasphemous’ by ..."
Browse Our Archives
Related posts from The Freethinker