Anti-drag queen bigot banned for the third time by Facebook

A RELATIVE newcomer to America’s predominantly Christian anti-LGBT movement is Anna Hall Bohach, above, who launched 500 Moms Strong last year (the other 499 appear to be skulking inside her). 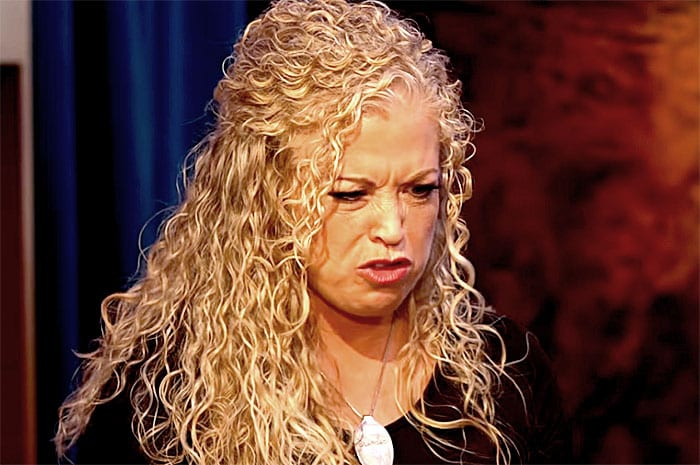 Her outfit has pretty much the same agenda as One Million Moms and The Activist Mommy, aka Elizabeth Johnson, above. They are viciously opposed to “the gay lifestyle” and especially to hugely popular Drag Queen Story Hours hosted at numerous libraries to boost literacy among youngsters.

Bohach came to my attention this week after The Christian Post reported that Facebook had removed 500 Mom Strong because it was deemed “transphobic” and in violation of Facebook’s “community standards.”

500 Mom Strong is based in Spokane, Washington. Its website says:

500 Mom Strong is a group of women who have had enough with the  sexualization of our children and the mockery of our femininity. Public  libraries across the country are hosting Drag Queen Story Hours and promoting gender queer theory. This is blatant misogyny and degredation [sic]of women.

Drag Queens are very offensive to women. They are   hyper-sexualized caricatures of women. A Drag Queen is no different than  a racist donning black face. They mock women and debase our womanhood  and femininity.  The event is a sexist minstrel show teaching our sons  that women are just sexual objects and it is teaching our daughters that  they must be overly sexualized to be desired.

Bohach told the CP in an email on Thursday that she has been dealing with these kinds of bans for some time now, the latest of which happened Monday, and that Facebook representatives are not answering her questions. Facebook did send her a message saying that her page was removed for violating community standards and that policies were in place:

To protect against recidivist behavior and do not allow people to set up new Pages that represent Pages that have already been removed from our platform.

When I asked them about the half dozen other fake 500 Mom Strong pages that were put up by drag queens used to parody 500 Mom Strong, I received no answer and the pages are still active. There is also a fake profile, created by drag queens, using my name and information that has been reported multiple times by my friends and me that Facebook refuses to remove. I asked the Facebook representative about it and I still have yet to receive an answer.

Bohach added that she and her like-minded friends are regularly antagonized by the Facebook page 500 Drag Queen Strong — a page set up to counter her efforts — which continues to operate their page with impunity.

They regularly publish anti-Christian and anti-woman rhetoric that Facebook refuses to take down. They use language such as “cunt” to describe me and other women and call us terrorists for objecting to transgender ideology. They report us to the police [for allegedly] making anti-trans posts. It is beyond ridiculous that our page would be removed when theirs is allowed to stay up.

The last ban was her third. Bohach said:

The first time it was removed for hate speech because I shared a post that said ‘Reminder: Women don’t have to be polite to someone who is making them uncomfortable.

A company spokesperson for Facebook told LifeSiteNews  on Wednesday that the third 500 Mom Strong page was :

Taken down for violating our Community Standards.

When The Slowly Boiled Frog cottoned onto the ban, it said:

Bohach is not content with the ability to act in accordance with her beliefs. Ms. Bohach believes that she has a right – perhaps an obligation –  to make decisions for other parents.

DQSH offers valuable lessons. Aside from getting kids interested in reading and the resources of their library they learn that being different is not a bad thing.

The kids, by the way, get it. They realize that female impersonators are just entertainers. They perceive little difference between a drag queen in costume and a circus clown in costume.

Since many cities have banned gatherings in response to the coronavirus pandemic, libraries are no longer hosting in-person Drag Queen Story Hour events. Instead they’ve been moved to online social media platforms.

June 6, 2020 A Cat’s-eye View of Creation: a feline fantasy by Paul Burns
Recent Comments
0 | Leave a Comment
Browse Our Archives
get the latest from
The Freethinker
Sign up for our newsletter
POPULAR AT PATHEOS Nonreligious
1