FOLLOWING his suspension last year – a move that left him ‘bewildered’ – Christopher Lowson, the Bishop of Lincoln will face disciplinary proceedings in relation to a safeguarding inquiry.

Christopher Lowson faces allegations that he:

He failed to respond appropriately to safeguarding disclosures.

At the time of his suspension, Lowson said:

I am bewildered by the suspension and will fully cooperate in this matter. For the sake of the diocese and the wider church, I would like this to be investigated as quickly as possible to bring the matter to a swift conclusion.

Lowson is the first bishop to be suspended from office over safeguarding issues.

In a statement last year Justin Welby, Archbishop  of Canterbury, said that if matters being investigated by police were found to be proven:

I consider that the bishop would present a significant risk of harm by not adequately safeguarding children and vulnerable people. I would like to make it absolutely clear that there has been no allegation that Bishop Christopher has committed abuse of a child or vulnerable adult … It should be noted that suspension is a neutral act and nothing further can be said at this stage while matters are investigated.

Lowson’s suspension came soon after the dean of Lincoln Cathedral, Christine Wilson, and the chancellor, Paul Overend, took leave of absence while a historic safeguarding matter thought to involve vulnerable adults was investigated.

On 29 April last year, BBC Panorama reported that the diocese had failed to act properly in relation to past allegations and concerns about abuse, some involving children.

A list of 53 clergy and staff was referred to the police in 2015 after the diocese realised it had not handled past claims properly, Panorama said. Some of the names could have been referred to the C of E’s past cases review in 2007-9.

The C of E has struggled to get on top of its past failures on the abuse of children and vulnerable adults. Survivors have said cover-up and collusion by the church has compounded damage caused by abuse.

In 2018, Welby told the independent inquiry into child sexual abuse that he was appalled and ashamed of the church’s failures. He said there had been:

An extraordinary and atrocious willingness to turn a blind eye to things going very seriously wrong. Apologies are fine, but you have got to find ways of making it different and we have got to do it as soon as possible. 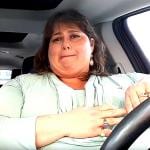