NIA Cherrington, above, a senior pupil at Marist College in Auckland, New Zealand, refused to acquiesce when the school tore down Black Lives Matter posters. Instead, she exposed the college’s action to media outlets and accused it of ‘systemic racism.’

The accusation so incensed College Principal Raechelle Taulu that she said she was contemplating going to the police to report “defamation.”

According to this report, Cherrington helped organise the campaign to put up the posters, which said “Black Lives Matter, No Justice, No Peace”, in solidarity with international protest over the murder of American George Floyd. They were then torn down by college staff.

We’ve had a lot of problems with our teachers being racist towards students and trying to force their views on them. But I think we’re just trying to address the systematic and casual racism that’s so present within our school and what a lot of our girls have had to deal with for years really.

New Zealand’s population is 16.5 percent Māori, the indigenous people of the islands, and nearly 20 percent of the population claims either Asian or Pacific Islander ancestry.

In a recording of a Year 13 assembly, leaked to Newshub, Taulu chided students for their behaviour and threatened to bring in police.

I’m talking to a few of you who have an amazing cause but are going about it in a non-Catholic way … This is not the way of Mary and this is not how we do things at Marist … I know I took down posters and I will take them down again.

While she agreed with the Black Lives Matter message, Taulu told students they must seek permission to post activist posters at the school.

She then threatened the students with police action over claims of racism within the school.

I’m contemplating whether or not I’m going to the police, because I’m feeling like it’s actually a defamation of my character … The only way I will stop that is if you stop.

Taulu also berated students for printing the posters, which went against the school goal of no paper printing.

Taulu refused to comment on the audio, which was recorded at an assembly on Tuesday, but she issued a statement which said the school;

Is aware of the concern our young people have about racism in our society and in the world. We stand with them in sharing the rejection of actions and attitudes that are racist and violent.

We are working with our student leaders to help them share this message with our community, while also recognisng that we are governed by policies and procedures.

The School Board and Senior Management take any claims of racism seriously and we are reviewing the issues raised with us.

As always, the well-being of our students is our priority and this will be at the forefront of any decisions we make within the guidelines of our policies and Catholic education.

On Thursday, the school’s senior management said it has set up several ways to support students to:

Discuss and learn about racism in our world as the term progresses. As we are currently completing a formal investigation into issues raised with us and in the media, we can make no further comment at this time. We will be welcoming the support of the Catholic Diocese, proprietors of our school, to mediate a meeting with those that have raised issues and to address these matters.

The Diocese of Auckland, which owns the school, said it is:

Anxious to support both the staff and the students in order to achieve a resolution of the current issues.

In order to help support good communication between students and staff, the diocesan representatives for education and Māori pastoral care are planning to go to Marist College to meet with the students and hear from them their concerns and the issues they have raised.

Wants our young people to be engaged in the issues that are around them, including whether it’s domestically or internationally. Engaged citizens, that’s good for New Zealand.

Although she said the issue of the posters was ultimately the school’s decision: 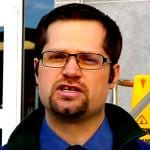 June 12, 2020
Priests are failing to put the fear of hell into young people
Next Post 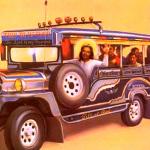 June 13, 2020 Israeli bus driver may be sacked for sharing his Jesus delusions
Recent Comments
0 | Leave a Comment
Browse Our Archives
get the latest from
The Freethinker
Sign up for our newsletter
POPULAR AT PATHEOS Nonreligious
1