NETWORK’s Position on Immigration Reform – A Response to Rev. Jimmerson

NETWORK’s Position on Immigration Reform – A Response to Rev. Jimmerson May 22, 2014 Mark Sandlin

(Editor’s note: A few days ago “The God Article” published an editorial from Rev. Ellin Jimmerson entitled, “How Nuns on the Bus Get It Wrong on Immigration Reform“. Because this is such an important topic, in the interest of dialogue, we contacted the Nuns on the Bus to provide an opportunity for response to the article. This response is from NETWORK, A National Catholic Social Justice Lobby, which created the “Nuns on the Bus” campaign for social and economic justice. It may be helpful to read the original article first to contextualize this response).
By Stephanie Niedringhaus

I applaud Rev. Ellin Jimmerson’s strong support of immigration reform. Clearly, our nation needs many more activists like her.

However, I need to correct errors in her “How Nuns on the Bus Get It Wrong on Immigration Reform” (5/19/14).

She begins by saying, “Like Sr. Simone Campbell I am a clergy woman.” In fact, Catholic Sisters are not ordained and are not members of the clergy. A minor error, but I think it is helpful to understand who Sister Campbell actually is. She is, in fact, a Catholic Sister as well as an attorney and lobbyist who is rightfully lauded on Capitol Hill and throughout the country for her work for social justice and for telling “truth to power.” She is also the executive director of NETWORK, A National Catholic Social Justice Lobby.

The more important issue here concerns Rev. Jimmerson’s statements that “Sr. Simone does not appear to understand the content of the [Senate immigration] bill” and that she is willing to “accept the parameters established by military contractors, corporate employers, the for-profit prison industry, big, well-funded activist groups, and confused politicians.” Not true.I can assure Rev. Jimmerson that Sister Campbell does understand the bill and that she is a passionate advocate for immigration justice. She is an attorney with years of experience in immigration and family law, and someone who works directly with Members of Congress in furtherance of NETWORK’s justice mission. Her personal experience working to help families solve real-life issues helps inform her work on Capitol Hill, and she knows all too well the consequences of our broken immigration system. Justice principles are deeply embedded in our Catholic social justice tradition and they are central to the work of NETWORK. In fact, Sister Campbell and NETWORK care so passionately about seeking justice for our immigrant brothers and sisters that last summer she and other “Nuns on the Bus” traveled 6,800 miles across the country listening to the pain-filled stories of families who had been torn apart by our current unjust system. At each stop, she called on government leaders to listen to these stories and to take action. At the same time, our thousands of activists demanded that Congress pass comprehensive reform.

Incidentally, NETWORK created the “Nuns on the Bus” campaign to promote economic justice, immigration reform, Medicaid expansion and other justice issues. We care deeply that the public understand what they stand for.

Regarding the bill in question, neither Sister Campbell nor our organization called S. 744 perfect. From the outset, we pointed out its shortcomings, but, overall, it cannot be reasonably considered a step backward, as Rev. Jimmerson asserts. The process to improve its contents continues in the House of Representatives, and we are part of that process.

Because Sister Campbell and our organization work on Capitol Hill on a daily basis, we are well aware of how moving forward sometimes involves bipartisan compromise. Regarding this bill, we were troubled by its expensive and unneeded militarization of the border, the lengthy citizenship process, and other elements. However, we were also conscious of the fact that our elected officials were finally taking long overdue steps to create a pathway to citizenship for so many of our immigrant brothers and sisters. This bill will keep more families together, and other positive provisions include more protections for vulnerable immigrants and asylees, measures to deal with racial profiling, workplace protections, a system that gives agricultural workers more rights, and other improvements.

Sister Campbell and other faith leaders continue to meet with members of the House of Representatives seeking to correct the shortcomings of S. 744 while strengthening its positive elements. We won’t stop our work until we get the very best bill we can for our immigrant sisters and brothers. And afterwards we will continue to work for justice for immigrants throughout our nation.

It is critically important that our nation fix our broken immigration system. That will involve bipartisan compromise that may be difficult at times, but the price of no forward movement at all is a severely broken system that perpetuates painful injustice at all levels. That is inhumane. 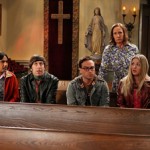 Jesus is/isn't the only way. -...
The Holy Kiss
Related posts from The God Article with Mark Sandlin