Would You Like Living Wages To Go With That? The Biblical Bias For A Living Wage.

Would You Like Living Wages To Go With That? The Biblical Bias For A Living Wage. September 3, 2014 Mark Sandlin

Congratulations United States! We officially have one of the most dehumanizing minimum wages of the 26 richest countries in the world.

To be fair the Czech Republic and Estonia are worse than we are, but, don’t worry, I can’t help but believe we will catch them soon.

The bottom line of this chart is that in the U.S., our system does not pay those earning minimum wage “a living wage.”

That means there are 3.5 million people in the U.S. who have jobs but don’t earn enough to meet their basic needs.

For the one-percenters this is good news. It means there’s more of the financial pot available to them, plus – lucky for them – it means that the government (and thus taxpayers like you and I) are underwriting the cost of employing people in their business.

If they are doubly “lucky,” like businesses such as Wal-Mart, not only will their employees receive food stamps from the government to help supplement the below-living wage they receive, but they will also spend their food stamps at Wal-Mart!

For the Wal-Marts of the world.

But, for the Wal-Marts of the world – a few Biblical thoughts.

“Woe to him who builds his house by unrighteousness, and his upper rooms by injustice, who makes his neighbor serve him for nothing and does not give him his wages…”
– Jeremiah 22:13

The rich are building their houses – their fortunes – on the backs of fellow human beings that they don’t pay enough to survive and through the tax dollars the government must spend to help their employees meet their basic needs.

The one-percent is building their business by injustice as they force their fellow Americans to serve them for next to nothing by not giving them living wages.

When did our society sink so low that we stopped seeing wages as needing to be living wages?

In return for work you should be justly rewarded.

There is no justice in businesses lining up in bank lines to deposit their record profits while their employees line up at food banks in hopes of feeding their children.

We must stop treating pay for work as if it were “a gift” and start recognizing that workers deserve the respect of a decent income.

We must stop acting like workers should be thankful for any paycheck; and, start recognizing that insulting human beings with pay that forces them to seek help meeting their basic needs is not only a condemnation of the company in which they work, but of a government that continues to allow its own people to struggle (while giving tax breaks to the rich).

The Bible has a very clear bias against those who take advantage of their workers. If you think paying your workers a sub-living wage is not oppressing them you may need to have the Grinch check out the size of your heart – it may be several sizes too small.

Time and time again, we see in companies like Costco and Ben & Jerry’s Ice Cream, and in states like Washington that a living wage is good for everybody’s bottom line.

It’s time for Christians (and anyone who cares about the basic human rights and dignity of all people) to take a stand. It’s time to put our money where our morals are. It’s time to boycott the companies who pay their employees the least.

We must contact the White House, our representatives and congresspeople and let our voices be heard.

Power concedes nothing without a demand. It never did and it never will. Find out just what any people will submit to, and you have found out the exact amount of injustice and wrong which will be imposed upon them…
– Fredrick Douglas

If we want to see things change, we are going to have to be the ones that make it happen. 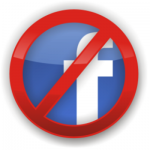 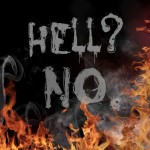