Patheos Explore the world's faith through different perspectives on religion and spirituality! Patheos has the views of the prevalent religions and spiritualities of the world.
It’s weird. We Christians believe that, in one way or another, God created everything. We even believe that God called all this created stuff “good,” going as far as saying the stuff about humanity was “exceedingly good.”

Which means God created sex and called it exceedingly good. (I am definitely on “Team God” on that one).

Yet the Church has a long drawn out history of insisting that sex is exceedingly bad. (That just seems like such a hard sell to me. Yet, the Church has managed to do it).

There are probably lots of people to pin the blame on, but I prefer Augustine.

Here’s a guy who admitted he had a personal problem with sex – as in he had a lot of it with a lot of different people, possibly even including male friends. And at some point, he made a vow of celibacy because he came to see “flesh” as sinful, something beyond human control.

And that’s the guy who, I believe, influenced much of the Christian Church’s tone about sex – from the fourth century up until today.

Augustine wrote that he believed original sin is passed on through sex, specifically, the pleasure we feel during sex is sinful and to be avoided as much as possible (I don’t know about you, but that sounds like crazy talk to me). Not surprisingly, Augustine also advised that sex should only happen in marriage and, even then, only for the purpose of reproduction.

As frightening as it is, Augustine’s perspective that sex is sinful still dominates much of Christianity. So much so that Christian sociologist, pastor and author, Tony Campolo, once quipped, “We were taught that sex is a dirty, filthy thing, and you should save it for the person you marry!”

The Church needs a sexual reboot.

Christianity has taken one of the most fundamental, defining aspects of humanity and turned it into something that not only hurts people, but can repress their ability to fully express themselves, and can even cause spiritual and psychological damage as people struggle to reconcile their natural desires with what they’ve been taught is a sinful act.

As Pastor Debra Hirsch points out in her book Redeeming Sex, “In marrying sexuality to fear, shame and guilt, we have not only tainted God’s gracious gift we have imprisoned [God’s] people.”

As Debra suggests in her book, in many ways, the Church has reduced sexuality to just the physical act, completely disconnecting it from the spiritual and intellectual. In part, this disconnect is due to a drastically oversimplified understanding of sexuality. For that matter, much of the fear, shame and guilt Christianity has connected to sexuality is rooted in the same overly-simplified understanding.

The Church needs to start over on its approach to sex, sexuality and what it teaches about these issues.

In Redeeming Sex, the Pastor Hirsch provides a solid starting point as she uses personal stories and biblical perspectives to broaden our understanding of sexuality. If we can begin there, we can develop a fuller and healthier understanding of who we are as sexual creatures and how that can positively impact our lives – particularly with regard to our spirituality.

You see, through the Church’s rather prudish misunderstanding of sexuality, we’ve bought into far too many false perspectives about sex. Not only that, we’ve bought into them so deeply that we even read them into the biblical text when they’re not really there.

For instance, Jesus talked very little about sex. He never once talked about pre-marital sex. What little he did talk about was about sex outside of marriage for married people.

Yet, we read into the very little Jesus says about sex, a mountain of learned beliefs and unhealthy assumptions, many of which reach all the way back to Augustine’s personal belief that the flesh is sinful and beyond our control.

The Church needs to wipe the slate clean and begin again.

We need to rebuild our sexual ethic based on the theological assumption that humanity, relationship and sexuality is “exceedingly good.” Rather than rooting it in the false separation between physical and spiritual/intellectual, we need to root sexuality in an understanding that they go hand in hand. They are essential to human relationship.

We have centuries of bad theology and hurtful sexual teachings to unravel just to get back to a good starting point. Books like Redeeming Sex are a good beginning. It will take a lot of work to get there, but it will be worth it because one day the Church will them be able to loudly proclaim that the gifts of healthy sex and sexuality are “exceedingly good” and there is a great deal of healing that will come along with that.

May 10, 2015
A Mother's Day Prayer for Those Without a Mother
Next Post 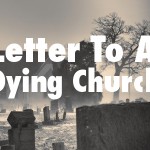 Postcards from the class & culture...
slacktivist
Related posts from The God Article with Mark Sandlin 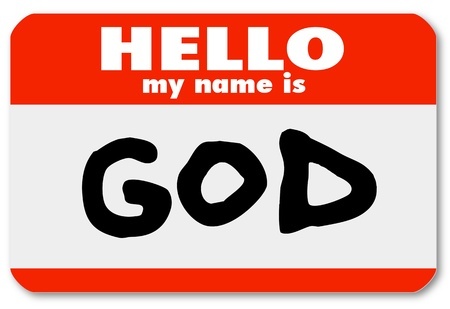 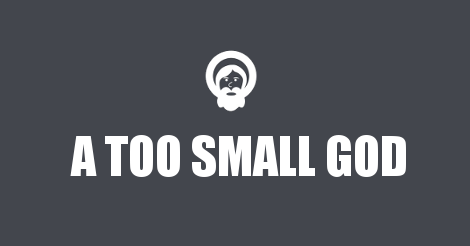 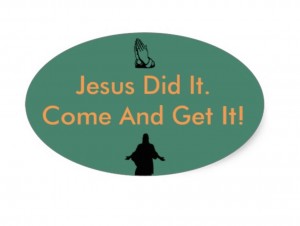