Bloody Sunday, the March before the March

This month marks the 50th anniversary of the march from Selma to Montgomery, immortalized in iconic pictures like this: 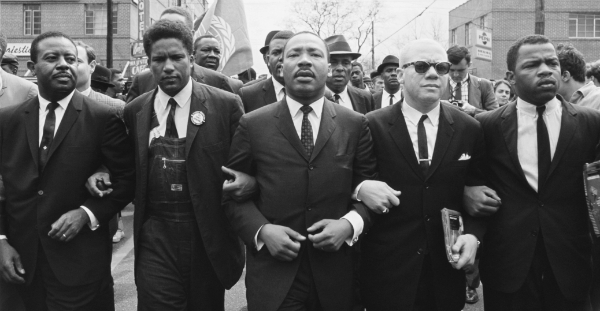 Selma stands as testament that we as a nation can overcome – voter suppression, intimidation, and fear. We can do so much together if we open our eyes. The endurance of the American Negro tested and unbroken, demanded change and they got it. Allies in arms, we found our way. Over the coming days we will hear how Selma has evolved into more than the black and white issue chronicled in the Voting Rights Act and become a symbol of solidarity that binds us. It is in the picture – the interlocked fortitude for change is a beautiful timeless reminder of how we can overcome some of the moral black and white issues that flaw humanity.

Six hundred marchers assembled in Selma on Sunday, March 7, and, led by John Lewis and other SNCC and SCLC activists, crossed the Edmund Pettus Bridge over the Alabama River en route to Montgomery. Just short of the bridge, they found their way blocked by Alabama State troopers and local police who ordered them to turn around. When the protesters refused, the officers shot teargas and waded into the crowd, beating the nonviolent protesters with billy clubs and ultimately hospitalizing over fifty people.

“Bloody Sunday” was televised around the world.  Martin Luther King called for civil rights supporters to come to Selma for a second march. When members of Congress pressured him to restrain the march until a court could rule on whether the protesters deserved federal protection, King found himself torn between their requests for patience and demands of the movement activists pouring into Selma. King, still conflicted, led the second protest on March 9 but turned it around at the same bridge. King’s actions exacerbated the tension between SCLC and the more militant SNCC, who were pushing for more radical tactics that would move from nonviolent protest to win reforms to active opposition to racist institutions.

Let us remember Selma. But let us not forget the bloody Sunday that preceded that cardinal event.

Let us not forget what we are capable of, lest we repeat it:

Let us not forget how far we have come lest we repeat it:

Let us not forget what we are capable of, lest we repeat it:

As the President’s delegation arrives in Selma to lift voices in joy of “Free at last” remember what we overcame, and let us not be silent to what we must still overcome.

Because some things are pretty black and white.

Read more perspectives this month at the public square:
http://www.patheos.com/Public-Square 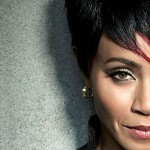 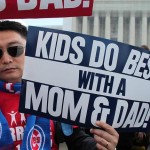