Ferguson has a Hip Hop Problem, Not a Racist One

I was listening to Morning Joe the other day, as I often do, when I am seeking fair and balanced media coverage on cable news (my former love, Bill O, was caught fibbing to the masses, so he and I are on a temporary time out. See – I’ve been trying to figure out the SAE thing, where seemingly well-off and privileged kids at OU found it perfectly acceptable to chant racist (not racial) songs about never having “a Nigger at SAE”. (Great response by the school by the way)… I thought, wait, maybe blatant racism propagated by family or their home environment might have been the cause, maybe isolation was a contributing factor as it often is, maybe  ignorance (nah.. way too vague), or maybe unchecked white male privilege driven by continued wealth and physical segregation from “others” because of that particular privilege and fear. Nope. Joe, who is often unfairly categorized as a pseudo intellect by the liberal media, did something amazing. He gave me the answer.

Now I know Geraldo Rivera, the great navigator and discoverer of all things lost who is often maligned, posited a few weeks ago that rap music was the contributor to racism, but fellow scholar Jay-Z rebutted – countering that Hip Hop has exposed middle class white American kids to black culture making it more approachable. Hmmm. I’m torn. Not since Hitchen’s v Dembski have I been so UNDECIDED. However, let’s get back to the music hypothesis

In all the years I’ve listened to rap music, I have yet to use the “n” word in passing, let alone come up with a chant surrounding it. It is simply not part of my vernacular. It is not “respectability politics” at play – it’s just, I’m old enough to remember being called a nigger to my face while trembling in fear from the NYPD or that time in Bensonhurst where I hid behind my mother in terror at the group of “young white males” that came to escort us “niggers” out of their neighborhood. I know they weren’t listening to rap music then, because it wasn’t yet mainstream . Although I can’t discount Pantera, I’d hate to blame a music genre or music group for an individual’s actions without any evidence. That would be —- irresponsible, myopic, and just plain shady.  But as I read the Furgeson reports, while listening to Joe – it hit me!

What if Joe was right? What if he was “righter” than he ever imagined (this is hip hop – grammar police leave it alone). What if Rap Music was not only to blame for SAE, but Ferguson TOO! We don’t know what Darren Wilson was listening to before he rolled out on August 9, 2014. Had we understood his level of HHV (Hip Hop Victimization), we could have then examined all the relevant past playlist, who he listened to hip-hop with, his hip-hop taste and education, who he might’ve shared some unsavory greens with while rocking out – and maybe even prosecuted the industry that produced the cesspool his cohost described that music genre as. I mean think about this:

I also haven’t heard the song that might explain describing black abortions as an effective means of stopping crime.. though Biggie Small’s Ready to Die? Maybe Tupac’s — nope. That entire Public Enemy repertoire could explain some of the self-hate though, but other than that, I don’t know. I’m open to this idea. Perhaps white males HEAR rap music differently. It is possible… right? Because I sure as hell don’t hear what they do. A lot tends to be lost in translation between various in-group dialogs and it is easy to misunderstand something you’re just not familiar with.

Hip Hop was once exclusively rebellious and the language of the disenfranchised, but has since become a multi-billion dollar industry that has provided opportunities to many would be “other” statistics to some black men. I mean, I’ll never hit it that big in my real world job, so I like hearing how words have made the man, though I may not always agree with them. That swagger that many artists have about them – does exude a sense of success and survival, or success because of survival, that many black male   youth… have had to adopt to get by (yours truly included).     Although I’d like to see a response in Ferguson that minimally included: 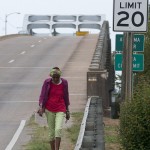 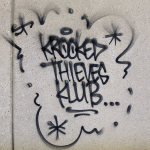 March 19, 2015 10 Ways Congregations can protect themselves from Thieves in the Pulpit
Recent Comments
0 | Leave a Comment
Browse Our Archives
Follow Us!

Is There a Looming Sex Scandal...
No Longer Quivering
Related posts from The Graffiti Wall 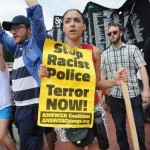