This was incredibly sad story to hear.

Blake, who lived as a female but identified as male until his sophomore year in high school, was crowned homecoming king last year.

The late activist raised an impressive $2,555.55 for his charity, Mothering Across Continents.  After becoming his state’s first transgender homecoming king, Brockington told local LGBT newspaper QNotes, “I honestly feel like this is something I have to do. Nobody should be scared to be themselves, and everybody should have an equal opportunity to have an enjoyable high school experience.”

His birth family completely rejected him, resulting in foster placement. He notes:

“That was single-handedly the hardest part of my trans journey… Really hateful things were said on the Internet. It was hard. I saw how narrow-minded the world

Blake had plans on attending UNC after gradation with interest in math, education, and music.

“Throughout my life, I haven’t always been treated equally as a male, so I’ve always wanted this, and everybody has told me I couldn’t do it..”‘You are a girl,’ even though I’ve always identified myself as a male.” 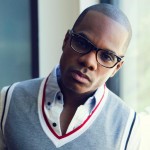 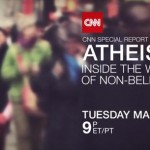 March 27, 2015 CNN Fails to Capture the Glorious Diversity that Exists in the Atheist Movement's Mind
Recent Comments
0 | Leave a Comment
"Cogent, well-thought, and nicely presented. Not sure what to do with it, however.The State does ..."
HematitePersuasion The Dishonest Self-Appeasement of “Not All ..."
"Why were they allowed to keep flying that flag? Well, keep in mind that when ..."
Nemo Our National Symbol: Why South Carolina ..."
"They deserved to be destroyed because they we traitors who waged war on the United ..."
George Edward Booker Our National Symbol: Why South Carolina ..."
"Approved"
Alix Jules SCOTUS: Prayer OK at Texas School ..."
Browse Our Archives
get the latest from
Nonreligious
Sign up for our newsletter
POPULAR AT PATHEOS Nonreligious
1