If you want to see change, be the change. Frustrated minorities take a stand in Ferguson

Change has to start somewhere, and why not at the voting booth?

Two black candidates were among three people elected to the Ferguson City Council Tuesday, tripling African-American representation in the St. Louis suburb where poor race relations have been a focal point since the August shooting death of an 18-year-old black by a white police officer.

The election means that half of the six-member city council in Ferguson, a town where two-thirds of the 21,000 residents are black, will now be African-American. The lone black incumbent councilman was not up for re-election. The mayor, who could break any tie votes, is white.

Voter turnout increased substantially from the previous election following a strong get-out-the-vote effort from labor unions and other national organizations. The town that drew only 12.3 percent of registered voters last April had 29.4 percent.

This is also the first local election since Michael Brown was shot by police and also the first since the Department of Justice released its scathing report showing widespread discriminatory and predatory behavior in the town.

I’m upset that it takes tragedy to instigate change, but sometimes that’s what you need. Its also important to note, that although I rail against the church’s involvement in politics, it was very influential in getting out the vote.  It was in Selma, it is now.

“As much change is needed here in Ferguson, this is where we begin – not out there in the streets, doing what they were doing – but, right here,” Washington said. “They need to be voting and putting people in position to make the change and make the decisions that need to be made.”

Can’t wait until the rest of the secular world figures that out.

April 8, 2015
If you want to change their minds, change the church!
Next Post 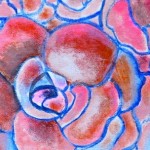 April 9, 2015 When Silence's Kiss is louder than God's Love
Recent Comments
0 | Leave a Comment
"Cogent, well-thought, and nicely presented. Not sure what to do with it, however.The State does ..."
HematitePersuasion The Dishonest Self-Appeasement of “Not All ..."
"Why were they allowed to keep flying that flag? Well, keep in mind that when ..."
Nemo Our National Symbol: Why South Carolina ..."
"They deserved to be destroyed because they we traitors who waged war on the United ..."
George Edward Booker Our National Symbol: Why South Carolina ..."
"Approved"
Alix Jules SCOTUS: Prayer OK at Texas School ..."
Browse Our Archives
get the latest from
Nonreligious
Sign up for our newsletter
POPULAR AT PATHEOS Nonreligious
1