In a stunning move, McKinney police officer Eric Casebolt has resigned amid continued scrutiny over his handling of the McKinney pool party that’s sparked debate on excessive force and cries of a very blatant double standard over the treatment of black versus white children at the Craig Ranch event (video below).

The video released on June 5th has been a point of contention and a heated firestorm on social media, pitting even locals (like myself) at odds with friends and would be allies. We simply don’t see a lot of the same thing. I saw an out of control officer who tripped got really mad, then probably exacerbated by his own biases, flipped the hell out. He pulled his weapon on unarmed children and slammed a girl to the ground – excessively. Even other officers seem to have stepped in to stop him from further escalating.

Those facts are kind of hard to argue, though many apologists have found ways to further victimize or (Trayvon) said children by finding irrelevant pics and tweets to justify their own biases. Some stories floating around online about drug use, no drug use, mobs, gangs, territorial warfare, etc… It’s gotten a little out of control with unsubstantiated rumors – that quite frankly are still irrelevant.

Look, I get it. I wouldn’t want to rattle my world either. You’re tired of the “race card” being played.  But sometimes its real. You don’t get to dismiss every complaint as just another “here we go again” Al Sharptonism, and you don’t get to just hope every “Stop Drop and Rambo Roll” shoot ’em up pissed off cop resigns to save you the heartache of facing the hard facts.

We have a policing problem here too.

This resignation will save him the further public scrutiny of the questions, that we probably know the answers to, but he won’t have to answer! That means we won’t have to face those answers either. That’s reality. A missed opportunity.

He gets to run away with very little to answer for, since no one was killed (THIS TIME).

What would have happened if this was an open carry party (its legal in Texas), where the mere sight of armed people of color terrify officers? Granted, they might’ve faired better in WACO with bleached skin and biker cuts, but “Black” wearing rockers don’t usually get that kind of pass.

Casebolt’s resignation, which was confirmed today by attorney Jane Bishkin, allows many of us to go back to sticking our heads in the sand until the next senseless, unjustified, but still legal loss of life or dignity affects somewhere even closer to home. Its over there, not here.

I am a New Yorker – I’ll never give that up, but my children are Texans. This is not Ferguson, LA, Ohio, Baltimore, or Mississippi -right?  McKinney is a suburban city where I find myself constantly. Craig Ranch? Countless of my daughter’s friends live there.  I had friends message me “Is that one of your daughters in the video?”  No it wasn’t and I wasn’t offended at the question since there were physical similarities.  In fact my daughter’s initial response – “let me make sure my friends are ok and none of them were there.”

No Texas – you want to lead on issues, lead on this one. You fail on textbooks, healthcare and regulations, but show the rest of the US how you handle misconduct against your Texas children —  or you can simply stand by and wait for the next imaginary invasion. To his would be continued defenders, if he felt as strongly about his actions as YOU DO then he should have stayed the course and faced the questions. He didn’t. He showed his colors and ran, the same colors he showed when he drew on children! Hey, even officer Wilson stuck around for a bit…

And no, I still won’t be at your next pool party! Nuh-uh.. In the words of our former “great” Texas Governor (chuckle): 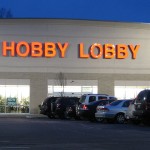 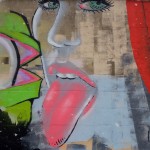 June 11, 2015 Why this atheist dad is giving Miley Cyrus another chance
Recent Comments
0 | Leave a Comment
Browse Our Archives
get the latest from
Nonreligious
Sign up for our newsletter
POPULAR AT PATHEOS Nonreligious
1