Why this atheist dad is giving Miley Cyrus another chance

I wasn’t above turning my nose up at Miley Cyrus, in fact like many parents I threw much shade and side eye at her over the years. My daughters grew up with Hannah Montana, so when she transformed into this wrecking-ball riding, twerking, tongue obsessed, mouth-contorting person – I was like nope… Done.

Another celebrity kid off the deep end!

I wrote her off. So did my kids.

She really did have a great voice though, but let her figure out her personal stuff (because obviously she needed to figure it out) – then see where she lands in a couple of years. That voice could have some staying power if she survived her PR problems.  What bothered me, in retrospect, was the sudden change from this little girl with a school girl cookie cutter image – into something I could not understand. Something I didn’t want to face.  Miley was growing up and she reminded me that my daughters weren’t far behind. Her sexuality was in our faces.

For others?  I think there was a real feeling of betrayal from Miley. The shedding of this Christian puritanical white veil of innocence became a source of outrage. My religious friends LOST IT! Pissed. They tossed her CDs, posters, and other Hannah Montana merchandise. There were even a few prayer vigils held to pray away the demons. No joke.

Turns out – it wasn’t demons.

Miley recalls confessing to her mother, at age 14, that she had romantic feelings toward women. “I remember telling her I admire women in a different way. And she asked me what that meant. And I said, I love them. I love them like I love boys,” she says. “And it was so hard for her to understand. She didn’t want me to be judged and she didn’t want me to go to hell.

I’ve got mixed feeling about that. It pains me to hear parents talk hell with their children, but in the end they were actually supportive:

“I don’t relate to being boy or girl, and I don’t have to have my partner relate to boy or girl.” She says she’s had romantic entanglements with women that were just as serious as the ones that ended up in Us Weekly. “I’ve had that,” she admits. “But people never really looked at it, and I never brought it into the spotlight.”

It turns out there’s much more to Miley than just those awkward gyrations. That transformation from Hannah to Miley is something we should’ve supported, celebrated, and not judged. And yes, we judged. She wasn’t just figuring out who she was – she was telling us. “I’m just being Miley” – its in her songs. We didn’t listen. We internalized the discomfort of her change, which was just the shedding of a craftily built façade of a fake Disney character. We knew Hannah – she was trying to introduce us to Miley.

She recently gave an interview to Paper Magazine in which she describes who she is and how she identifies. Its got me rethinking Miley altogether. Not entirely an act, a proud member of the LGBTQ community and a philanthropist that sees a problem she’s going to do something about.

Happy Hippie is designed as a corrective to what Cyrus understands as immoral politicking, the sort that pits outliers as pariahs and favors an archaic status quo. The foundation treats at-risk kids with art and animal therapies, two proven balms that have been instrumental in Cyrus’ own self-care… the problem of homelessness became impossible for her to ignore. “I can’t drive by in my fucking Porsche and not fucking do something,” she says. “I see it all day: people in their Bentleys and their Rolls and their Ubers, driving past these vets who have fought for our country, or these young women who have been raped.” She pauses. “I was doing a show two nights ago, and I was wearing butterfly nipple pasties and butterfly wings. I’m standing there with my tits out, dressed like a butterfly. How the fuck is that fair?

That’s some real hero shit right there. Go Miley. Its unfortunate that we need initiatives like this to counteract the anti-LGBTQ policies and politics that foster hate, bigotry, and anti-love. Miley’s got the insight to see why:

… Cyrus maintains a particular contempt for fundamentalist lawmakers who rally against this sort of progressive, potentially life-saving change. “Those people [shouldn’t] get to make our laws,” she says. Those people — the ones who believe that, say, Noah’s Ark was a real seafaring vessel. “That’s fucking insane,” she says. “We’ve outgrown that fairy tale, like we’ve outgrown fucking Santa and the tooth fairy.”

Hmmmmmm…. That’s almost some atheist shit right there! Happy Atheist dad likes that kind of talk, because its often a precursor to reason.

That makes me happy. She not only went through her struggle, faced down the critics while challenging some of her religious tradition, but somehow found a way to keep true to herself AND start a charity to help other kids!

Next time your kid decides to buy that Miley CD, don’t judge. Give the iTunes card and let them have at it. She’s not a freak, she’s just being Miley. 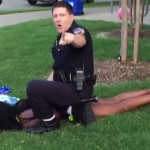 June 9, 2015
Why McKinney Officer's Sudden Resignation is a Bad Thing for Texas
Next Post 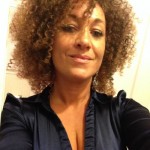