Baltimore PD no longer the Bane of Comissioner Batts Existence

He’s gone. He got the call Wednesday morning. The mayor, the union, and much of the city lost confidence in his ability to lead, realizing that he’d failed to address the culture of  brutality endemic in the BPD while keeping the streets safe. The mayor held a press conference later in the day stating:

“Too many continue to die on our streets, including three just last night and one lost earlier today,” Rawlings-Blake said. “Families are tired of feeling this pain, and so am I. … We need a change.”

We definitely need a change, but is this something to rejoice? I don’t know.

We’re still waiting for the Department of Justice’s report to provide us the context of what happened in Baltimore and why Freddie Gray was killed by a bumpy ride while in police custody. It is my sincerest hope that the reports also provide insight on why the BPD went years, paying out nearly six million dollars in wrongful death and brutality litigation since 2011, while remaining uninvestigated.

Commissioner Batts had some history. He was definitely considered an outsider, a cleaner. Upon his installment in 2012, we thought we’d see change.

He claimed West Side. He ran up through the LBC (Long Beach, CA) and Oakland PD, which is pretty harsh territory. Its as grimy as my bloody asphalt memories of Gotham in the nineties, with sulfur propelled shrapnel embedding itself in the concrete walls of the darkest borough. I can’t imagine doing that job, while listening to the bass of “187 on an undercover cop” bump through the subs of that untouchable sky blue drop-top Deville who’s spinners alone cost more than your month’s gross salary. (Speaking of which, he gets a 190k severance).

Commissioner Batts scared police insiders with his temerity to call audibles to the Feds on his own, rightfully swinging at the blue when the field was out of bounds. Cops just don’t do that very often, he was… an enigma.

When officers shot and killed an unarmed East Oakland resident, Derek Jones, in 2010, Batts asked the FBI to conduct its own investigation of the homicide. According to the San Francisco Chronicle, the move infuriated rank-and-file officers, who cast Batts as a “showboat” who didn’t go to bat for his officers, and then jumped ship when the going got tough.

Those are some words, but are they fair?

See, its different when Governors call the DOJ on the police. They’re held accountable to the public and swayed by opinion and police understand that. Polls matter come election years. However, as we’ve heard before, the fraternal order of “Blue No Wrong” does not like to be questioned – especially from inside. When the Mayor of New York merely “suggested” that we needed to discuss policing tactics, the police union all but went on strike.

Why can’t you be on the side of the police and the people, especially when the police are people too? In all seriousness, why can’t the police even question their own without us turning on them? The good cops are supposed to, but when they blow the whistle we ignore them or question their motives because they provide a narrative contrary to the comfortable lie we’ve co-created.

It is not surprising that the Commissioner engaged in masking real accountability. He provided the feel good comfort of protection that we demanded, without real change.

But it was a lie.

“I have been a reform commissioner. I have taken over an organization that has many challenges and faced it head-on,” Batts, who became commissioner in 2012, said during a nationally televised news conference on April 24. Whether it’s from terminating 50 employees over the last two years for misconduct within this organization; whether it’s from dropping officer-involved shootings 50 to 40 percent over the previous years. … Whether it’s standing here taking tough questions during tough times. We’re gonna continue to serve the city in a strong way.”

Turns out that the commissioner wasn’t always a fan of the truth either. Firing 50? His numbers were off. Maybe 25 were fired, according to police reports. The police doesn’t dismiss cops. Remember the all too common chorus of  “on Paid Administrative Leave until further notice”. The “notice” rarely came. Turns out many of his other claims about cleaning up the PD were just as overblown, but we were ok with that. We gleefully accepted the lie because it made is feel safer, regardless of the deaths of the innocent.  We wouldn’t be discussing this if it weren’t for the riots.

It doesn’t matter if Commissioner Batts was a man of integrity or not, the BPD’s issues, like most of the policing issues in the nation are rarely confined to one person’s leadership. You can’t get rid of just one bad doctor and proclaim Arkham fixed. Without remediating the system, you’ll just claim another body, medicating by placebo, while paying lip service to the problem. It duplicitous.

The rosy colored glasses we wear, while blindly dismissing those on the periphery, are indicative of our astigmatic and myopic social consciousness. We refuse to acknowledge the problem right before our eyes because we don’t want to know that our hired knights have fallen. We just want the problem to go away and starve out the bellyaching of the querulous hungered masses, who only long for a taste of equally dished out justice. The consequences to the marginalized voiceless of the few be damned, as they rarely matter until the method by which they are muted runs afoul of our own feigned sensibilities.

Batts is gone. That kind of change isn’t new, but change that would address the real problems that plague Baltimore and the Boys in Blue nationwide, certainly would be. 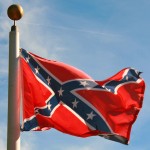 July 9, 2015
South Carolina Votes to Take Down the Flag, Marion County FL Votes to put it up
Next Post 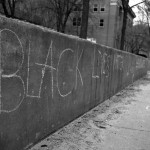 July 9, 2015 Why #BlackLivesMatter Should Matter To Humanists
Recent Comments
0 | Leave a Comment
Browse Our Archives
Follow Us!