If All Lives Mattered in Michigan, Gov. Snyder would be gone

If All Lives Mattered in Michigan, Gov. Snyder would be gone January 21, 2016 Alix Jules

I’m not going to mince words on this one. For over a year now, All Lives Matter activists and their friends at Fox, have told BLM activists to remain silent. They’ve criticized, condemned, and belittled a movement with the goal to address the unequal treatment of Blacks in America. If you won’t #sayhername, at least have a sip of the poison you’ve allowed through Flint’s colored taps.

Let’s shift gears for a moment. I’m not asking you all to address the additional victimization of a certain group of people by law enforcement or the justice system that they enforce, nor am I asking for an explanation on why one child’s life is forfeit because of looks, braids, smile, or her cigarette.

No. I am merely asking that we address the humanitarian crisis facilitated by the governor of Michigan, when he knowingly neglected and failed to take action in the remediation of the water quality problem for a community of his constituents.

From June 2014 to March 2015, 45 cases of Legionella bacteria were confirmed in Genesee County, according to the state Health and Human Services Department Director Nick Lyon.

The number now stands at 87 confirmed cases and 10 fatal (as of Jan 16, 2016), in addition to the 200 reported cases of elevated lead in blood levels. In addition, there are nine thousand additional exposures to lead. And yes, they happened to be predominantly Black, but let’s dismiss that for a second and pretend that the Governor’s response would’ve been the same if they were White.  Just remember, it turns out the Governor knew about this crisis for about a year, so would his words now be enough for you?

“I’m sorry and I will fix it,” Snyder said near the opening of his 50-minute speech today, directly addressing the residents of Flint. “You did not create this crisis, and you do not deserve this.”

“Government failed you at the federal, state and local level,” Snyder said. “We need to make sure this never happens again in any Michigan city.”

Yes, Governor Snyder, you’re right, the “Government” failed them. However, did you miss the GOVERN part in your title? As the HEAD of the local Government, you can’t third party this. Quick lesson. It was his decision to split their environmental agencies, effectively weakening enforcement, while paying lip service to natural stewardship. In 2011 Snyder stated:

Michigan is blessed with an abundance of natural resources and we need to be a leader and innovator in protecting these resources. Recreational fishing, hunting and boating activities alone contribute more than $3 billion annually to our economy. We are separating the Department of Environmental Quality (DEQ) and Department of Natural Resources (DNR) so we can better address these key priorities. – Source: Michigan 2011 gubernatorial press release, #248895 , Jan 4, 2011

But that’s not what happened. The resulting bureaucracy resulted in chaos between local resource officials and the EPA:

DEQ and EPA staffers were at loggerheads over dueling interpretations of the Lead and Copper Rule — a 25-year-old regulation designed to protect drinking water from metals contamination. The interpretation of the rule proved to be crucial after the city — under Snyder-appointed emergency managers — switched from Lake Huron water provided by the Detroit system to Flint River water as a cost-saving move in the spring of 2014.

Following the switch, DEQ officials argued water testing, including two six-month periods of sampling, needed to be completed before making a decision on the need for corrosion controls. EPA officials, according to Hedman, wanted the controls implemented immediately out of concern for public health.

If they knew Flint’s lack of corrosion measures would likely result in lead reaching the drinking water — by June, testing would show it had — why didn’t EPA officials inform the public when the DEQ failed to act?

Michigan is blessed with an abundance of natural resources and we need to be a leader and innovator in protecting these resources. Recreational fishing, hunting and boating activities alone contribute more than $3 billion annually to our economy. We are separating the Department of Environmental Quality (DEQ) and Department of Natural Resources (DNR) so we can better address these key priorities. – Source: Michigan 2011 gubernatorial press release, #248895 , Jan 4, 2011

Apologies are nice, but those won’t help the kids that have been affected by lead. I lived through one of those crises in New York (lead paint was TOTALLY safe, until, it wasn’t). There will be years of lingering and compounding issues that will have consequences well past the Governor’s tenure.

In 2011, Governor Snyder formed a commission to investigate how to improve legal representation provided to low-income criminal defendants in Michigan, which was great. However, I wonder if those resources would’ve been best utilized to gain representation in his office instead.

And days after the the Flint crisis breaks headlines, congressional Republicans tried to overturn the Clean Water Act:

The sponsor of the resolution, Sen. Joni Ernst, R-Iowa, said she would continue to look for ways to undermine the rule.

“We all want clean water,” Ernst said in a statement. “This rule is not about clean water. Rather, it is about how much authority the federal government and un-elected bureaucrats should have to regulate what is done on private land.”

They didn’t even care enough about the timing to shroud it in another bill!

We all want clean water, but it shouldn’t be a privilege based on socioeconomic status or race. Yet for a certain class of people, they’ve gone from not being able to breathe, to not being able to drink the already poor quality water flowing out of their taps.
From poison in the schools – to poison in their wells.

There are years of necessity yet to unfold in Flint, which will cost the State countless millions. Your taxes will fund those, that’s already done. If lawsuits are waged and justice prevails, Michiganders will foot the bill (directly and indirectly) for decades. However, before you get to the financial remediation, look at failed government, at its head.

Tell the Governor, that you believe ALL Lives Matter, even in Flint. 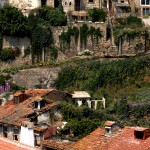 October 14, 2015
Weeding a Hate Filled Garden with Humanism
Next Post

January 26, 2016 Why we can't afford free water from a system that poisons it
Recent Comments
0 | Leave a Comment
"Cogent, well-thought, and nicely presented. Not sure what to do with it, however.The State does ..."
HematitePersuasion The Dishonest Self-Appeasement of “Not All ..."
"Why were they allowed to keep flying that flag? Well, keep in mind that when ..."
Nemo Our National Symbol: Why South Carolina ..."
"They deserved to be destroyed because they we traitors who waged war on the United ..."
George Edward Booker Our National Symbol: Why South Carolina ..."
"Approved"
Alix Jules SCOTUS: Prayer OK at Texas School ..."
Browse Our Archives
get the latest from
Nonreligious
Sign up for our newsletter
POPULAR AT PATHEOS Nonreligious
1

Russell Moore and the Leaked Letters:...
Roll to Disbelieve
Related posts from The Graffiti Wall

Nonreligious
What it's like being a Black Atheist at...
The Graffiti Wall
TRENDING AT PATHEOS Nonreligious