Patheos Explore the world's faith through different perspectives on religion and spirituality! Patheos has the views of the prevalent religions and spiritualities of the world.
In an effort to shield the public from disturbing video that might somehow incite reaction other than compliance, North Carolina’s Gov. Pat McCrory just signed a bill that makes bodycam videos no longer a matter of public record. (I think he’s missing the point).

Motivated by the controversial police officer-involved shootings in Louisiana and Minnesota, and the terror in Texas that unfolded after a Black Lives Matter march, Gov. Pat McCrory signed the Body Cam bill into law.

In one of the most tone deaf moves amid cries of MORE police transparency, the Governor sighted the safety of officers as the compelling event. That’s understandable, but that’s masking the problem when more transparency is what the public in the streets are now demanding. Perhaps quicker release, independent investigation, and the occasional prosecution of police officers found guilty of misconduct or murder, might go further in restoring the public trust rather than sweeping it under the rug, or letting people think that he’s hiding it under a sheet.

Turns out that if you’re in the video, you can request the file, however, be prepared for denial of access. In which case, you’ll have to take this to court. That might be problematic for many of the socioeconomically challenged that can’t afford the legal fees. This puts an unfair demand on them, while distancing the police from the people they serve.

McCrory says technology can mislead and misinform. “My goal is to protect those who protect us,” he said.

Mislead and misinform because it might show contradictory events that don’t fit the officers narrative like Walter Scott, Laquan McDonald, or Alton Sterling? That’s cause for public concern in itself, shedding questions on the internal investigative practices police brutality groups are criticizing. I understand the concern regarding hasty public prosecution, however stories regarding loss of human life should be heavily scrutinized. This isn’t just about race, this is about police accountability to the people they’re supposed to serve.
This is a step backwards. 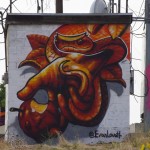 May 18, 2016
Advent of the Seventh Day: The Fish and The Poisoned Fruit
Next Post 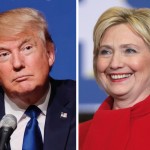 September 27, 2016 Debate Night at Hofstra: How the Candidates Performed on Race
Recent Comments
0 | Leave a Comment
"Cogent, well-thought, and nicely presented. Not sure what to do with it, however.The State does ..."
HematitePersuasion The Dishonest Self-Appeasement of “Not All ..."
"Why were they allowed to keep flying that flag? Well, keep in mind that when ..."
Nemo Our National Symbol: Why South Carolina ..."
"They deserved to be destroyed because they we traitors who waged war on the United ..."
George Edward Booker Our National Symbol: Why South Carolina ..."
"Approved"
Alix Jules SCOTUS: Prayer OK at Texas School ..."
Browse Our Archives
get the latest from
Nonreligious
Sign up for our newsletter
POPULAR AT PATHEOS Nonreligious
1

Hell in the 4th Century: Things...
Roll to Disbelieve
Related posts from The Graffiti Wall