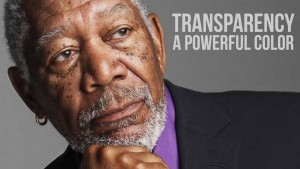 Professional actors spend their lives practicing facial expressions, voice influxes, and every other minute detail that goes into becoming a character. They do this because pretending to be something you are not, or concealing something you are, is not easy. Those watching can quickly tell when an actor has “fallen out” of character. To keep up, a person has to pay extreme attention to the specifics, and some actors have been known to even “lose themselves” in a role and struggle to come back.

So why am I talking about the rigorous practices of actors? Because too many leaders and pastors need to stop pretending that they belong on the silver screen. Those looking to leaders in the church do not want perfection, and they do not hunger and thirst for some alternate reality to which they will never be able to relate, let alone obtain.

To our grey-haired and wisdom-filled leaders – pretending that you are into something trendy you actually know nothing about takes away from who you are and from what the younger generation can learn from you. If you jam out to Bon Jovi, why are you squinting your face trying to listen to Chance the Rapper? And this idea applies to much more than music preferences.

Being who you are not will only weaken who you are. The congregation can tell, trust me! Humans innately understand when someone is hiding something.

One of the main people in my life to disciple me was a white man, different from me in just about every way possible. He didn’t try to become like me to relate to me – he just was who he was. He was genuine. He took interest in my interests, and we talked at length, teaching one another about where we came from. He discipled a group of younger black men, but he didn’t try to dress like us or talk like us. He simply loved us and let us know who he was. Yes, we may have made fun of him a few times, but we respected him. I still respect him. More than that, we were able to trust him.

So what does this all boil down to?

Self-awareness and being authentic are indispensable to effective leadership.

I have said it before and I will say it again. As a young black man, I didn’t need my mentor to be a young black man; I needed him to be exactly who he was. For me, I don’t try to be a twenty-five year old, white hipster in order to relate to my congregation – I am authentically myself to those around me.

Sometimes, we misinterpret what Paul meant in 1 Corinthians 9 when he wrote, “I have become all things to all people so that by all possible means I might save some.” Paul did not mean for us to be chameleons; we know that God has made each person unique, down to their fingerprints.

What Paul was speaking to is a heart issue: we are called to do whatever it takes to reach people for the gospel. This means that we are called to sacrifice, but sacrifice our preferences and our convenience, not who we are. We are called to go to places that may be incredibly uncomfortable and to love the people there. We are called at times to find the situations in which we are the minorities and to lay down our ideals for the sake of love.

Leave the pretending to the actors. Become transparent and witness true transformation. 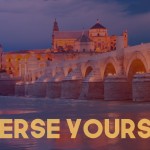 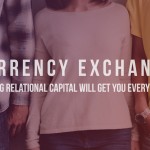 March 31, 2017 Currency Exchange: Building Relational Capital Will Get You Everywhere
Recent Comments
0 | Leave a Comment
Browse Our Archives
get the latest from
Evangelical
Sign up for our newsletter
POPULAR AT PATHEOS Evangelical
1 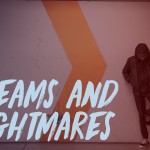 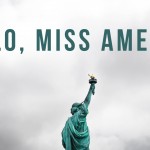 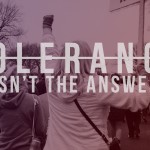