Yoda is Dead so Jedi Might Win December 1, 2014 Jason Torpy 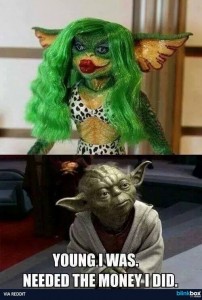 Well, let the Star Was talk begin. The new trailers are out. The buzz is going. Jar Jar was a train wreck but I still like them. And in this new iteration, we might actually see the Jedi prevail over the Dark Side. Without that idiot Yoda to mess everything up, they have a chance. The only thing Yoda ever did right was find a planet. Remember, he helped Obi-wan solve the mystery of the missing planet? Not exactly high praise. Mostly that little green buffoon just licked Sith boots and led the Jedi over cliffs. The only Jedi with any sense was old Ben Kenobi (more on that below). The rest were puffed up, ascetic, corporate bureaucrats, led by Yoda, the toddling green chief moron.

Note – this is based on the six movies the general population is most likely to have seen.

Yoda was aware of a prophecy of one who will bring ‘balance’ to the Force.

He was aware that the Jedi Council had respect, influence, a penthouse office and thousands of adherents throughout the galaxy. The Sith had been extinct or at least silent for 1000 years. What Jedi would want to ‘balance’ those numbers?

And the prophecy came true – Palpatine and Vader vs Yoda and Luke (Leia and Ob1 there too, but both fought by proxy through Luke, so pretty close to balance). Is that what he wanted?

Yoda was eager for ‘balance’ alongside the rest of the Council when he should have been trying to find this prophecy child and slit its throat as the anti-Christ.

He opposed the training of Anikan, not because he was apparently destined to totally screw the Jedi but because he missed his mommy. Whatever the reason, he relented and let QGJ and OB1 train him anyway. Who’s in charge? Maybe it’s Mace since Yoda looked at him and made him give the order. Then Yoda said it was ok privately later on.

Sure he took the hard job to take out Palpatine, but he screwed that up. And was it really the hard job? Palpatine was a rickety old cripple like Yoda. Maybe Yoda wanted to make OB1 go kill his friend, the young, powerful prophet child with the most midi-whatevers ever encountered. Going for Palpatine rather than Anakin doesn’t seem so noble…

Yoda had a few good moments training Luke (aka snot-nosed brat), but Luke ran off anyway, despite Yoda’s attempts to keep him there. He didn’t even do the hardest part of training. A tree did it for him (when he faced his fears against ghost-luke-vader).

Vader snatched Luke away with a only bit of pressure on his friends. Luke would have gone to the dark side too if not for wise counsel from OB1.

Obi-wan was tasked with watching over Luke. Senator Organa watched over Leia. Yoda just wandered into the jungle to eat roots, hide, and go senile. That’s probably why he was so bad at teaching when Luke showed up for training. “Do or do not. There is no try.” Sounds wise on film, but if your calculus teacher told you that, you’d just flip over a table and switch majors to English Lit.

Yoda even looked to OB1 for advice when training Luke.

4) Got totally pwnd by every Sith he ever encountered. (Aside from what’s listed in #3…)

Fight with Dooku? Dooku got away. And Dooku was first trained by Yoda. Fight with Palpatine? Lost. And he was totally hoodwinked by Palpatine for years, face-to-face, leading up to the coup.

Anakin was brought out of slavery by Qui-Gon, who was trained by Yoda. And then Yoda practically pushed Anakin to the dark side by opposing his training and development.

As listed above – Yoda trained Dooku who went to the dark side and trained Qui-Gon who snatched up Anakin too late in his development. Yoda had a pretty significant role in ruining Anakin as well. And Yoda’s training alone wouldn’t have protected Luke from the dark side. OB1 provided that protection. OB1 even sacrificed himself to drive home the lesson about strong light side and evil dark side.

Yoda started the clone wars. Seriously. The clones were sitting out on Kamino. Who got them? Not Obi-wan. He left them there. Yoda rolled into Geonosis ‘around the survivors, a perimeter create’. Not one scene of little green bouncy-ball wiping out droids. Just him sitting there pouring clone troops into the war. Chickenhawk.

And that was the start of the clone wars. He handed Palpatine a clone army and a war to fight them with.

Sure Palpatine started the droid wars – the disjointed separatists in the outlying systems, but before you say it was Palpatine or the senate, who did the Kaminos have a contract with? the Jedi. Who could have cancelled it? the Jedi. Who could have left them in Kamino to happily do training and never fight, Yoda? Who instead chose to go pick them up and thro them into battle? Master Yoda, and that’s exactly what he did.

On Kashyyk (the wookie planet), Yoda had to flee as well. No leading the wookie army. No special control over troops the Jedis commissioned. Palpatine stole his troops out from under him. He said, “Good luck ‘Squatch. I’m out,” and bravely ran away away brave, Master Yoda.  – Weak-willed leader of Wookies and Clones, too.

7) Not really that strong with the force.

Yoda was supposed to be the wise one, or something? But it was Qui-gon who learned to communicate after death. (Ok. Good on Yoda for being able to pull of the trick after taught.) Palpatine claimed power over death but we have yet to see if him crawl out of that power core. Mace beat Palpatine and Yoda failed, so Yoda wasn’t more powerful.  Anakin had more midichlorians than Yoda, whatever that means. Who talked Luke through the Death Star kill shot? Not Yoda. Sir Alec Obi-wan Kenobi. Yoda was shortest probably. Maybe oldest.

So if you want to pick a Jedi hero, it should be Obi-wan Kenobi. Not bungling Yoda, snot-nosed Luke, short-sighted Qui-gon, angry face Mace, or one of the no-names. OB1 beat two Sith and transubstantiated (look it up) in a third fight, uncovered the plot against the Jedi, almost saved Padme and Anakin (and did save Anakin thru Luke, eventually), did save Luke (first in the womb, second from Vader/dark side, third in the death star shot), and managed that back-from-the-dead trick. Scared those sand people out of their wits too. Wise, competent, powerful, humble… that’s a Jedi. 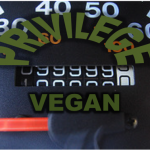 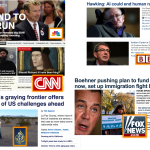 December 2, 2014 Top News Snubs Giving Tuesday
Recent Comments
0 | Leave a Comment
"Here's your biology and chemistry mr. kraut: http://www.newgeology.us/pr...Plus you can throw in the Human Conscience. ..."
Todd Only a mortal Jesus is worthy ..."
"Thank you for posting this, Jason. It is touching and appropriate."
Cooch96 RIP Greg Plitt, West Point, PETA, ..."
"Huh? I have heard of the Alcubierre drive, but I was never under the impression ..."
drakvl We are not entitled to warp ..."
"OMG thank you! I'd forgotten all about the concept of light coming *from* the eye ..."
☽ Majorana Fermion ☾ Cognitive Biases unknown until 1972
Browse Our Archives
get the latest from
Nonreligious
Sign up for our newsletter
POPULAR AT PATHEOS Nonreligious
1