I graduated from West Point in 2000 and so did Greg Plitt. He was recently hit by a train and killed while doing a fitness video. It was a bad way to go for someone who lived hard and died pretty. He was an Army Ranger, the body model for Dr Manhattan, and appeared in an ad for PETA to oppose animal cruelty. He was a great motivator with a message to push harder, help others, and always stay positive. I also couldn’t post this without remembering other classmates of mine as well. Read on to remember them as well.

Just a reminder that life is short, and can be cut short at any time. Each of these people lived well in their own way. Reflect on their lives to enrich your own. 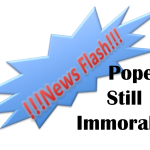 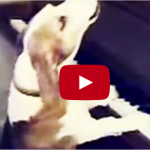 January 27, 2015 Dogs enjoying the piano
Recent Comments
0 | Leave a Comment
Browse Our Archives
get the latest from
Nonreligious
Sign up for our newsletter
POPULAR AT PATHEOS Nonreligious
1

“First Moments in Heaven” — When...
Godzooks: The Faith in Facts Blog
Related posts from The Human Animal