If Old Spiritual Texts Seem So Boring, Then Why Should We Read Them?

If Old Spiritual Texts Seem So Boring, Then Why Should We Read Them? February 3, 2016 Karl Persson

In the last post, I explored the way that, once we have moved beyond the glitter of favorite quotes and carefully selected passages in old spiritual texts, we can begin to feel lost in a sea of material not quite as inspiring or engaging as we wish it to be. The purpose of this post is to explain why this is not only all right and precisely what we might have expected, but in fact part of the benefit of reading old texts for spiritual edification.

To begin, the thing we identify as boredom when we read these texts is in fact our aversion to a particular kind of discipline, a fasting from the kind of reading to which most of us are thoroughly addicted. The kind of reading most of us usually fall into is the readerly equivalent of the fast food industry, and its objective is instant or near-instant gratification. Generally, this means we are interested in things that we consider relevant, that meet what we perceive as our particular needs at the moment, or slightly rephrase our own already-held words or sentiments in a clever way and then throw them back at us, masking the fact that we really only like these words because they tell us how right we are and stroke our own egos. To step into the textual world of any “other” – even if it is not spiritual – circumvents these strategies; one can get such an experience of textual fasting through learning a new language as well as through reading old spiritual texts.

But what makes reading old spiritual texts different for the Christian is the belief that both the reader and the original author are in fact “touching” the same things – God, heaven, the beauty of creation, the Chuch, etc. – and that both are in positions to speak with a certain degree of accuracy regarding these things. The dislocation we experience is not simply the dislocation of historicism – we are not merely aliens and strangers in a foreign land – but rather the dislocation of finding ourselves in another, unfamiliar part of the Kingdom of God. We are surprised because we visit this part of the Kingdom and find that so many of the things we thought absolutely integral to our faith – the experiences, the assumptions, the things we cling to – are simply not there. Yet we also find that their absence – though sometimes explicable in terms of relative positioning in relation to the development of docrine – is very often due to the fact that they were only ever a part of the whole rather than the entirety itself. It is the movement St. Paul speaks of, from the exaltation of prophecies and tongues and revelations and experiences and knowledges, to the stable inhabiting of Love Himself.

For those who may be worried, I am not simply proposing an absolute textual relativism, a cosmopolitanism that unrealistically thinks it can get the best of everything by collating various experiences of God about a central nothing. There is indeed a central no-thing that is God (cf. The Cloud of Unknowing), but there are also ways we have been given (and forbidden) to speak of Him; there are His historical incarnation and His body, the Church, to reveal to us His contours in the world, as well as the contours of reality itself. This is why it will not do to simply get ahold of any old text and engage it till we have neutralized our own (post)modernism; questions of truth and falsehood are involved, and there are good and bad ways to do this, as well as texts better and worse for the project. In this we may look to the guidance of that great cloud of witnesses, the reading lists of the saints. Indeed, I think it is viable to suggest that what we name when we speak of tradition and its guidance is in effect the saints’ extensive annotated bibliography, telling us where to embrace, where to be careful, how to process, etc. But this leads into the “how” question, which will be the matter of the third post in this series. 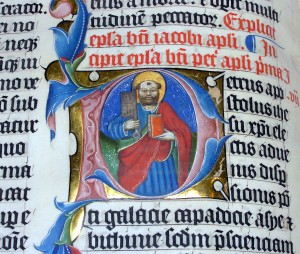 February 1, 2016
Why Do Old Spiritual Texts Seem Boring?
Next Post 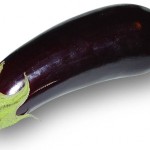 February 5, 2016 How is Edification Like an Eggplant? On the Gathering, Preparation, and Digestion of Old Spiritual Texts
Recent Comments
0 | Leave a Comment
"Hmmmm...Nah, winter still sucks."
JKirkLVNV The Assurance of Winter
"I see an uncomfortable number of parallels in my own personality, in my own life. ..."
Lazarus Rescuing Small and Huddling Things from ..."
"Michael, Thank you for your lovely response. I have no problems with your understanding. After ..."
Kevin M Johnson Seeking Identity
"Hello Kevin. An observation. As I read your words I saw St. John of the ..."
Michael Darlak Seeking Identity
Browse Our Archives
get the latest from
Catholic
Sign up for our newsletter
POPULAR AT PATHEOS Catholic
1 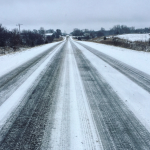 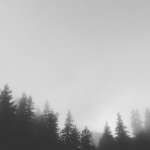 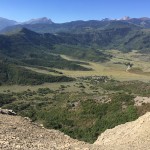 Catholic
The Voice of the Heart
The Inner Room 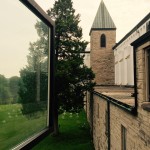