A Day of Remembrance and Resistance

A Day of Remembrance and Resistance November 20, 2016 Laine Mardollsdottir 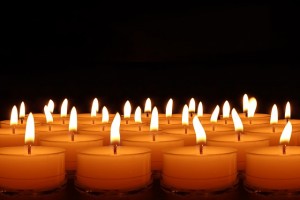 Many of my tribe never had a chance.

Many of us were culled as children, under the pressures of hundreds of years of hostile culture.  Many of us take our own lives rather than grow up in a world that tells us we don’t belong.  Many of us never survived our youth.

The ones who did went into hiding, until the pressure of lying to the world grew greater than fear for own own lives.  When we found enough support, or when we felt strong enough to go forward without fear, we proclaimed ourselves to the world.

Then we get culled again.  Every one of us walks around being terrified at the possibility of being murdered for who we are.  Obviously this fear has grown more intense since the election; to the point where more of us have taken our own lives rather than face the new wave of hostility that has been rolling forward.

We recognize this.  We honor our dead, the Ancestors of our tribe, who have been taken from us forcefully for daring to be who they are, and who ended their own lives rather than face a world that rejects their existence.  This is Trans Day of Remembrance. 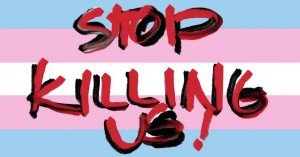 We hold public ceremonies.  They usually involve a reading of the names of those who have been killed this year, or at least mention of the individual if the report does not carry a name.  I have never attended one with less than two hundered names.  Currently the number is at 259.  Often a bell is rung after each name.  There are usually songs, sometimes prayers (though less often, as these are large public services).  The ceremony struck me as something very Pagan.

Other ways of observing the day exist.  There are several people performing the Transgender Rite of Ancestor Elevation.  I have done a Heathen-style blot for those lost in the past and may reprise that this year.  I know spirit workers and psychopomps who work with the Transgender Dead, as we have our share of witches and necromancers among us.

Many of us can’t engage at all.  It’s worth noting that the first holiday we’ve created in our culture revolves around our constant threat of murder.  It’s difficult for us to go when it’s such a heavy thing.  But we go to support each other, we go to remember and honor our dead, and we go to renew our commitment to fight for the living, in the hope that generations to come will not need to fear. 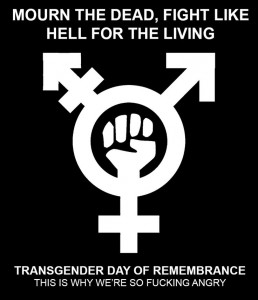 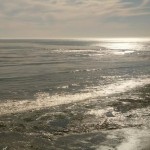 November 17, 2016
Reasons to Live, Reasons to Fight
Next Post 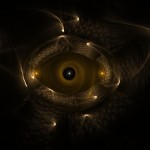 November 23, 2016 Dark Gods for Dark Times
Recent Comments
0 | Leave a Comment
"WW2 has always been a topic in my home. Two great uncles fought at Normandy ..."
emily Pagans Shouldn’t Forget the Holocaust – ..."
"The Nazi's killed millions of jews, roma, homosexuals and others; stalin killed millions of his ..."
A fish with no hands Pagans Shouldn’t Forget the Holocaust – ..."
"We don't remember, or don't give the memory sufficient weight because American consider themselves to ..."
kenofken Pagans Shouldn’t Forget the Holocaust – ..."
"Thank you for writing this. I totally agree and understand. Having come from a Christian ..."
Jam Renn Dark Gods for Dark Times
Browse Our Archives
get the latest from
Pagan
Sign up for our newsletter
POPULAR AT PATHEOS Pagan
1

Hoodoo How We Do: Underwear Spells
Voodoo Universe
Related posts from The Lady's Quill 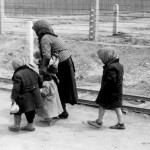 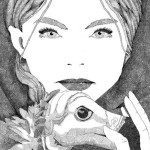 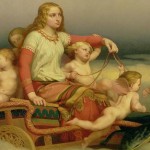 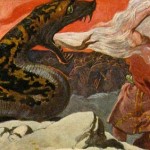