The Death of a Useful Monster

High in the Pennines in the north of England, in the gold-brown water of the River Tees, lives a creature named Peg Powler. She’s a mermaid, kind of, but she’s no Ariel. Peg is a river hag, with green hair and skin and a row of jagged teeth. And unlike Ariel, she lives not to make children glad but to kill and eat them.

The Tees starts on Cross Fell, a mountain about 15 miles northwest of where I stood near the village of Middleton-in-Teesdale. Like all waterways in the area, the peat in the soil makes it look like a river of Earl Grey. In rapids, the whitecaps are goldcaps, the foam a rusty yellow. And it’s in those foamy rapids that the monster Peg Powler lives.

Wander too close to the river’s edge, goes the mother’s warning, especially near that foam, and Peg will grab you by the ankle. She’ll yank you below the water and consume you, flesh, bones and all. To drive the point home, Peg ends the gruesome meal with a belch of yellow foam. That’s a nice touch — Hey kids, you know that constant foam you see on the river? That’s all that’s left of little Nigel.

Not all English rivers are home to homicidal monsters. When London personified the Thames River 200 miles to the south, they picked not a paedo-carnivorous mermaid but Father Thames, a kindly, bearded paterfamilias who protects navigation and otherwise keeps to himself. And no wonder. After being little more than an ambitious creek for half its length, the Thames broadens to become the Henry VIII of rivers — stately, but also fat and slow with a touch of gout. You’d have no trouble outwalking the Thames current for most of its length, and roiling foam is off the agenda.

But the Tees, dropping from Cross Fell at a rate ten times faster than the Thames, is something else entirely. It roars through narrow, rocky vales to produce coursing rapids and three of the biggest waterfalls in Britain — Low Force, High Force, and Cauldron Snout.

The Tees makes for an unforgiving swim. In addition to the fast current, the water is damn cold, which causes someone falling in to gasp involuntarily, one of the most common causes of drowning. Add the fact that the Tees runs as much as 15 feet deep with intense undercurrents, and drownings are a logical but tragic drumbeat throughout the river’s course and history.

So it’s no surprise that the legend of Peg Powler was born in the Tees instead of the Thames. She was created for one purpose — to scare children safe. She’s naturally said to live in the foam, which marks the most dangerously turbulent spots in the river, and the occasional actual drowning perpetuates the legend. Peg will have her meal.

Peg Powler is just one of a sisterhood of river hags in northern Britain. Elsewhere in the north, parents have long warned their children of Jenny Greenteeth or Peg o’ Nell. Her name and location change, but the hag’s technique, her preferred cuisine, and her cautionary purpose remain the same.

London has no shortage of legends, but they tend toward ghosts, which are still people – people with serious aliveness issues, but still. They haunt houses and castles. They say boo. Move north and the legends grow scales, live underwater, and eat children. From southern England we get the giant from Jack and the Beanstalk, who threatens (in poetic couplets!) to grind English bones to make his bread, then falls asleep and gets robbed blind by a midget. In northern Russia, Baba Yaga doesn’t waste time threatening; she builds stuff out of children.

I’ve been putting Peg in the present tense, but I shouldn’t. In the 1970s, the Cow Green Dam was built on the Tees just above Cauldron Snout waterfall, and the valley that had been Peg’s primary river home was flooded to become the massive Cow Green Reservoir. The locals said the dam project somehow killed Peg off. What actually died was Peg’s usefulness — the main area of rapids was now a placid lake, and even upstream, it’s less common for little kids to wander the Tees alone anymore. Having outlived her purpose, Peg just quietly disappeared. 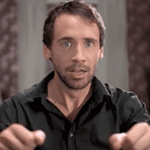 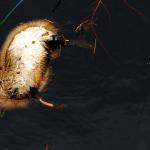 Hobby Lobby Staying Open After Vision...
Dispatches From the Culture Wars
Books by This Author Books by Dale McGowan