4: The Bloody Bones of London

An escape hatch runs through the heart of the city. Once inside London itself, the Thames Path spurns the river itself, running 10 feet above the water and separated by a low wall. But standing down at the actual water’s edge – on what is called the river’s foreshore – the sound and sight of the city, of the cars and pedestrians passing above, are almost completely gone. I’d done it before, once by the Tower of London and once at Gabriel’s Wharf, right in the heart of things.

It was time to lose the city again.

Great stone stairways run down from the elevated walk every quarter mile or so, relics of the days when ferrymen and longshoremen and other riverfolk needed to get down to the actual water for business or pleasure. For all its historical importance, the river today is mostly something to keep Southwark from bad-touching the financial district.

Two minutes later, I stood at the top of a stairway just yards past Waterloo Bridge, scanning the river to see if my timing was right. Most of the day there isn’t a foreshore at all, and the stone stairs lie half submerged in the swollen river. But twice a day, for a couple of hours at a time, the river recedes and the foreshore reappears. I was lucky: the welcome mat was out. The river had receded to about two-thirds its full width, dry-docking the first set of pylons on the Waterloo Bridge.

Everything special about the Thames hinges on the fact that it breathes. Most rivers simply flow, which is why Heraclitus said you can’t step into the same river twice. He never tried stepping twice into the Thames.

The Thames is a tidal river. Twice a day it runs through a full tidal cycle. The river is flowing east toward the North Sea; then it slows, stops, and reverses course, flowing west toward the headstreams, reaching just a bit beyond Battersea before it slows and stops again, heading back toward Belgium. And the whole thing happens twice a day, at times that gradually shift around the clock, following that lunar cycle.

As I peered down at the foreshore, the river was in the midst of a long exhalation. I eased the heavy iron gate open, which moaned nicely, and headed down the worn, wet steps, slick with algae.

I love this breathing river idea enough as an isolated fact, but the significance of the tidal Thames goes well beyond a simple change of direction. London is where it is, for example, because that’s how far the river could be navigated from the coastal estuary during a single tidal inhale two thousand years ago.

But best of all is the history being continually shuffled and reshuffled under the waterline. Because the river never gets the gumption to fully wash out its linens, anything thrown into the river during the past two millennia stands a good chance of never having made it out of London. Ancient coins, medieval pottery, smoking pipes, eyeglasses, pig jaws, antique bottles, chamberpots, all things that any self-respecting unidirectional river would long ago have sent to the bottom of the sea, instead sank down through the weak current into the dense silt of the riverbed, up from which the daily tidal sloshing brings a random sample of artifacts from the city’s very long past.

A few years back, an entire Roman shield bobbed to the surface. The British Museum bagged and tagged that one, but most of the amazing stuff that lies glistening in the sun on a given afternoon’s low tide foreshore goes unnoticed and unclaimed. After an hour or two, the river itself rises up and sends it to the bottom again for a few hundred years.

I shuffled along the pebbled sand, eyes to the ground. No more than thirty seconds passed before I had my first find – a simple clay pipe bowl, mid-17th century from the look of it, half embedded in the sand.[1] As common as these pipes are in the river, an artifact of daily life nearly four hundred years old is special enough for me. I’m an American: we just about soil ourselves when we find a 1942 wheat-sheaf penny in the junk drawer. “Look, Billy,” we whisper, wide-eyed. “Why, this penny was made when Grampa was twelve!” Well the pipe bowl I’d just found was made when Isaac Newton was twelve.

I kicked into a small pile of stones, turning up a pottery shard with a green glaze I recognized. I’d found another shard with the same glaze on the foreshore a few weeks earlier. An expert from the London Archaeological Society, on hand that afternoon for “Thames Archaeology Day,” had identified it as a distinctive medieval glaze. “No later than 11th century, I’d say. Well done!” Eleventh century, Gentle Reader, when William the Conqueror was twelve. I beamed like a schoolboy.

Only now, holding a nearly identical piece, did I recall what the archaeologist had not said upon seeing my thousand-year potshard. “By Her Majesty’s very corset!” he had refrained from shouting. “Rush that to the British Antiquities wing of the British Museum! I’ll arrange a police escort!” A hunk of a casserole dish ten centuries old rates nothing more than a “jolly-well-done” in this historically saturated place.

I threw my new piece of mere antiquity back into the water for another few thousand tidal spin cycles.

Shame on me, anyway. Here I was mentally reincarnating the life of London—imagining the smoker of the pipe or the baker of the hot-dish—when what I’m supposed to be thinking about is Death. The histories of London I’d read so carefully were positively marinated in Death. Yet I was doing what comes naturally, allowing the bright buzz of life to keep me from seeing Death.

Listen to “The Bloody Bones of London” on Spreaker.
Follow Dale McGowan Author or The Lucky Ones on Facebook.

Subscribe to THE LUCKY ONES wherever you get your podcasts.

April 9, 2019 5: The Diarist
Recent Comments
0 | Leave a Comment
"Love this, especially the dynamic way in which death is remembered across all times and ..."
Daniel Riley Not obsessed enough about death? There’s ..."
"the hindus treat mother ganga the way the boy treats the arboreal protagonist of "the ..."
crackerMF The Death of a Useful Monster
"awwwww....the ending brought a tear to my eye. poor peg, broken, humbled and forgotten."
crackerMF The Death of a Useful Monster
"Cromwell was no worse than Abraham Lincoln. The latter just made the shrewd career move ..."
celtthedog Nasty Statues, British Edition
Browse Our Archives
get the latest from
Nonreligious
Sign up for our newsletter
POPULAR AT PATHEOS Nonreligious
1 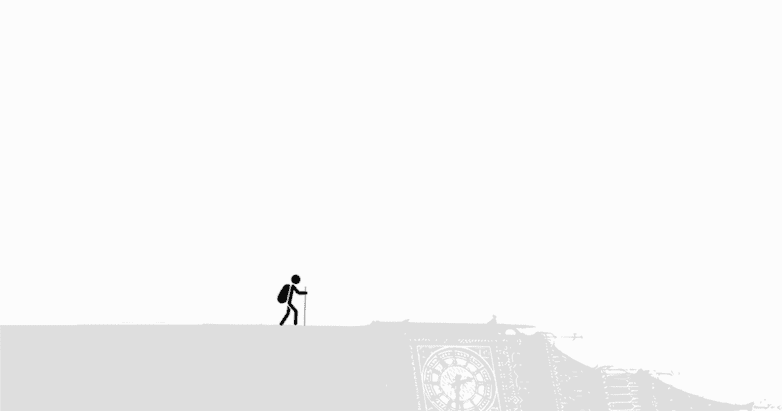