I cannot speak for Jewish theologians, and I certainly cannot speak for God.  But within the realm of progressive Christian theology, these questions break open some fairly interesting argument…

Growing up Baptist, Heaven for me was God on a glorious throne, with cherubim and seraphim falling down at God’s feet, singing the words  “Holy, Holy, Holy…” from Isaiah, Chapter 6.   In fact, varying descriptions of this Heaven appear throughout the Hebrew Bible, from Moses (Ex. 24:9-10) to Micaiah (1 Ki. 22:19; 2 Ch. 18:18) to Ezekiel (Ez. 1).  But this is Shemayim, or the Heavens of God and the angels.  For the dead, the Hebrew Bible (the Christian “Old Testament”) has another home, Sheol, which some translate as the Greek Hades.

Sheol is a pit, underground, like one great tomb for all human spirits.  A place for the dead to rest.  Although there are at least sixty-five references to it in the Hebrew Bible, most are vague, and the details are left to the imagination.  We know that Sheol is not entirely inaccessible, as it’s possible for Sheol to swallow up the living (Nu. 16:33) and it’s possible for the living to call up the dead (1 Sa. 28:3-19).  We also know that even long before Christ’s time on Earth, it was prophesied that eventually God would conquer death itself, the dead would rise out of Sheol, and the righteous would be with God forever (Da. 12:1-4; cf. Is. 26:19).

The Way, The Truth, and The Life

All of this exists in the scriptures Jews and Christians share.  For those Christians who believe in the truth (let alone literal inerrancy) of the Bible, it is indisputable from these Old Testament references that non-Christians who are righteous may also go to Heaven.  But of course the existence of Christ does add a particular wrinkle.  Talking about the path to Heaven in the Gospel of John, Jesus says:

Although there are many other references to the afterlife in the Christian New Testament, these two verses get to the core of Christian thought.  Taken out of context, they also set up an impossible paradox.  If the only path to Heaven runs directly through Christ, then how can the righteous Jews of Daniel and Isaiah also be Heaven-bound?

For the early church, this was not a problem.  In the second century BCE, for example, Justin Martyr argued that “the seeds of Christianity,” or manifestations of the Divine Word, have always existed, and naturally predate Christ.  Justin believed, as did the Gospel writer Matthew, that doing the will of God draws the righteous to Heaven, and “by their works you shall know them” (cf. Mt. 7:16).  His rough contemporary Tertullian suggested Jesus descended to Sheol, and therefore had the opportunity to evangelize those who had died before.  Others, such as Clement of Alexandria, Origen and Athanasius added that “postmortem evangelism continues even today.”  It wasn’t until Augustine (354-430 BCE) that any church leader would assert only Christians go to Heaven.

Today, many Evangelical Christians accept Augustine, reject the views of the earlier leaders, and focus very tightly on the literal “…except through me” to infer that somehow belief in Christ during one’s life is necessary.  This ignores the rest of that same chapter in John.

Jesus mentions his “commandments” multiple times and says the Holy Spirit “will teach you [those who keep his commandments] everything” (v. 26).  He says “You know him, because he abides with you, and he will be in you” (v. 17).

So what are these all-important commandments that lead to union with the Spirit, the Son and the Creator, and ultimately to the path to Heaven Christ mentions?

Jesus was notorious for indirect methods.  He taught by parable, by reference, by example, and by observation.  He rarely actually commanded anything.  There is one instance, though, where an unnamed lawyer and Pharisee asked him directly, “Teacher, which commandment in the law is the greatest?” (Mt. 22:36).  Jesus replied first by quoting Deuteronomy,

then by quoting Leviticus,

This idea is so important that it appears in some form or another in all four Gospels.  The Matthew version is above.  In Mark, more words are added to match the form of the Hebrew Shema (Mk. 12:28-31).  In Luke, Christ turns the question back on the lawyer, who correctly answers with the same two commandments (Lk. 10:25-28).  In John, the first commandment is transformed into glorification of God (as opposed to love), and the second, which Jesus presents as a “New Commandment,” is “that you love one another.  Just as I have loved you, you also are to love one another”  (Jn. 13:34).  He then adds, significantly, “By this everyone will know that you are my disciples, if you have love for one another” (v. 35).

Putting It All Together

If there were a mathematical proof for a progressive Christian understanding of salvation, it would look something like this:

There are those Christians out there who believe that some other path exists.  That one can simply believe in Christ, or call on him by name.  Christ himself was very clear that this is not true.

Christ’s follower James, too, points out that belief is not enough:

So will Ruth Bader Ginsburg go to Heaven?

I believe, as did the Apostle Paul, that salvation is a free gift offered to all (e.g. Ro. 5:15-21).  It is not for us to judge others (Mt. 7:1), but from a progressive Christian standpoint, it is clear that Ruth–named for the faithful Moabite–is now resting among her ancestors and will someday be raised to be judged not according to some superficial and very human religious distinction, but according to how she acted in love when she had the opportunity.

This post was a thought experiment, purely from a Christian perspective.  It wonders about RBG, because RBG was a public figure who is on all our minds this week.  But RBG was not Christian, and might want you to become more informed on actual Jewish thought by clicking here or here.

About Jim Coppoc
Jim Coppoc identifies as Christian, a Messianic breakaway movement from the Jewish faith. He is loads of fun at dinner parties. You can read more about the author here.
Previous Post 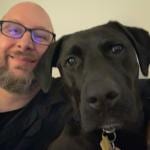 September 23, 2020
Recent Comments
0 | Leave a Comment
"This comment section is not for the above blog about dogs?"
Bob Shiloh Why Jesus Wasn’t White–or Black
""Elohim" is also plural."
Nica God is Not a Boy Name
"Revelations? I don’t find any bible particularly revelatory.Why do you think John 1:1 is a ..."
Beau Quilter I Believe in Jesus. But Do ..."
"I was just reading John 1:1 et. al. in the NRSV. This is a big ..."
Bob Shiloh I Believe in Jesus. But Do ..."
Browse Our Archives
get the latest from
The New Paraclete
Sign up for our newsletter
POPULAR AT PATHEOS Progressive Christian
1