Three years ago today(1), I received a bone marrow transplant. A complete stranger offered a part of himself to save me. I will carry that gift for the rest of my life.

It was the most amazing thing I have ever experienced. But, as it turns out, accepting a gift of life from someone is not as easy as they make it look on television.

The truth is, I always hated accepting help from other people. It was a solid part of my personality. I believed it made me weak and dependent.

Worse, I thought it made me look vulnerable. And then, as is the way of things, I was brutally disabused of my bullshit.

The transplant(2) offered me a simple choice. Either accept someone’s gift of life and learn to make it a part of myself right down to my cells. Or die.

Lying there, my death was not some abstract maybe. In the hospital, it was all around me.

And so I had to know, not just admit grudgingly, that I could not survive on my own. Raised to believe I was independent and free and separate, I had been pushing the world away. I had to stop. It was a tougher choice than you would think.

Now, I walk around every day with someone else’s blood coursing through my veins. Each breath, every heartbeat, is a gift from some unknown stranger who thought I was worth the effort.

Apparently, I can live with that.

Beyond my donor, there were at least a dozen of doctors and more than a score of nurses and other assistants who did their duty. Maybe they get paid, but there is not enough money in the world to compensate for what they do.

More, there were the hundreds of people who prayed. And in a fight for my life, all prayers were welcomed, regardless of religion or sect. They say there are no atheists in foxholes; there are also no denominations in a fight for your life.

And in the end, probably a dozen or more seriously determined bad-ass practitioners threw caution to the wind and got down to brass tacks. The miracles of science merged with the miracles of magic, and I walked out alive.

To all of you, thank you.

It has been three years since the transplant. In many ways, things are back to some semblance of normal. I am back in the office and work full time at the same job I had before this all happened.

Yet, at the same time, the experience has changed me. The acceptance of this gift, of my transplant, has opened up whole new levels of acceptance.

The things that would happen “someday” are happening now. My wife and I are in a clergy training program, meditating every day, and doing the work. It is not easy, but there is no time to put it off.

(1) Yes, my transplant took place on May the Fourth. Star Wars Day is now my extra birthday. Perfect.

(2) Before I was diagnosed with leukemia, I was completely unfamiliar with both the disease and its treatment. In brief, the doctors kill off a patient’s cancerous bone marrow as much as possible with poisons (chemotherapy), radiation, or both. They then dump millions of someone else’s stem cells into the patient’s bloodstream. The donor is alive and well somewhere, but many people never get (or necessarily want) to meet theirs.

P.S. If this story has moved you at all, please consider giving to City of Hope or joining the bone marrow registry. 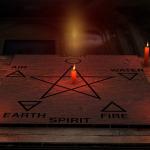 June 1, 2019 One Thousand Days
Recent Comments
1 Comment | Leave a Comment
"That world is real, but never forget that it requires constant vigilance. Those redwoods were ..."
Falkenna Animism among the Redwoods
"Love spells, divination, reincarnation At reasonable feeContact Spellmh.weebly.com For more details"
Lily Dean A Deep Dive on Divination
"Bosh.As Morning Glory Zell once said to me, "If you can't do it with a ..."
Mark Green Making and Using Magical Tools
"Hi Melissa,Thank you for reading. Other aspects of my life have been demanding my attention ..."
Christopher One Thousand Days
Browse Our Archives
Related posts from The Other Side of the Hedge

Pagan
Protection Magic Basics
The Other Side of the Hedge 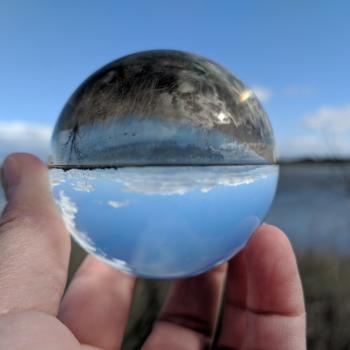