Discipleship, Holiness and the Gospel of Matthew Part 1

The Gospel of Matthew is often read as it is one of the two Gospels that contains an infancy narrative of Christ. Though this holds great significance, there are many other pieces of the Gospel that give us clues on how to live a life of discipleship. In fact, within Matthew’s account we see many scenarios of what it means to live the Christian life.

By the tone of the writing one gets the impression that these events were either experience by Matthew directly, or told to him by a reliable source, such as one of the other Apostles. To illustrate the discipleship theme in Matthew many passages of scripture will be discussed. Among them are Mt. 4:18-22, 5:13-16, 5:43-48, 9:9-13, and lastly 28:19-20 (These will be discussed is subsequent posts). 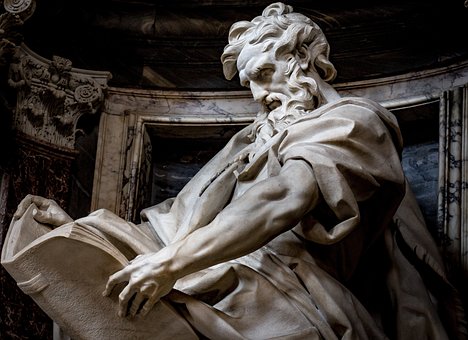 To assist the exegetical process, we first need to know who Matthew was and to whom his Gospel was intended for. This helps establish the proper historical context for the rest of this essay. The Gospel was most likely written in the last half of the first century and after the destruction of the Jerusalem temple in 70 A.D.

The reasons for this are many. First, it is widely believed that Mark was the first Gospel written around 65 A.D with Matthew and Luke following a few years after. It is widely believed that Matthew and Luke used Mark’s Gospel as a type of template which would mean that Mark’s Gospel had been in wide distribution at this time. This took time to happen in the ancient world.

Secondly the Gospel shows a developed Christology, especially in regard to linking Christ with events and people in the Old Testament. This is especially important as Matthew links Christ to the fulfillment of the Old Testament, and as such even arranged his Gospel in five parts like the five books or Moses, or Pentateuch. Thirdly, Mt. 22:7 is historically seen as a reference from Christ about the upcoming Jewish revolt in which the Roman army destroyed the city and its temple.

Furthermore, the repeated emphasis of fulfillment of Old Testament prophecy shows that the Gospel was written to a primarily Jewish audience. Perhaps these were Jewish converts and this Gospel was meant to strengthen them, or it was a way to evangelize those who rejected Jesus as the Messiah.

The idea of it being written to a primarily Jewish audience is further strengthened by Mt. 2:23 which states, “And he went and lived in a city called Nazareth, so that what was spoken by the prophets might be fulfilled, that he would be called a Nazarene”.  This is important because these words appear nowhere in the Old Testament text. It was part of Jewish oral tradition that was only know to the Jews of the day.

It was most likely written with both an apologetic and evangelism purpose in mind. To strengthen the case for Christ being the Messiah foretold in the scriptures and to encourage those who did convert to stay the course as they made the correct decision.

Lastly, we look to the author as understanding his story sets a critical stage for the events that will be discussed later. Matthew, who is sometimes referred to as Levi in other synoptic texts, made his living as a tax collector prior to following Christ.

His father is mentioned in Mark 2:14 as Alphaeus and in John 19:25 he is known as Cleopos which is an equivalent in Hebrew. Alphaeus is also the father of the disciple James the lesser, thus he has the distinction of being father to two people in Christ’s inner circle.

From The Tribe Of Levi

Other than that, there is not much that can be surmised about his father. Matthew, or Levi, was from the priestly tribe of Levi. The Tribe of Levi in the Torah was designated as the tribe in which the priests of Israel were to come, and their cities were cities of refuge for God’s service (Numbers 35:6).

This priestly vocation is one in which Matthew would have been groomed for. At an early age he would have been immersed in the study or scripture and rabbinic oral tradition such as can be seen in Mt. 2:23. However he turned away from his heritage and became a publican.

As a tax collector he worked for the occupying Roman Empire and as such would have been seen as a traitor to his people. The Jewish leaders though of tax collectors and the lowest of the low. To be in such an occupation was to make one cut off from the Jewish community, in other words he was seen as unclean.

Matthew worked for King Herod Antipas in collecting taxes on goods going from Damascus to the Mediterranean Sea. This post was one in which a great education would come into play. This lends further credence to his priestly formation as he would have had to know Greek, Aramaic, and Hebrew.

Matthew Went Where The Lord Led 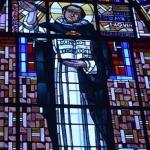 January 29, 2020
Understanding the Principle of Double Effect to do the Most Good
Next Post 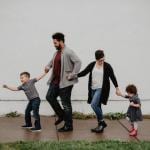 February 4, 2020 Three Things You Can Do To Prepare Your Family For Mass
Recent Comments
0 | Leave a Comment
"Excellent presentation. I have found that what matters most is the "posture" of the heart ..."
John A Matter Of The Heart
"I agree with you 100%. The bishops have instructed everyone to receive on the hand ..."
aggiegirl2000 A Matter Of The Heart
"After seeing exactly how screwed up Christian Conservatives are, worshipping a man that is immorral. ..."
Prax You Are With Jesus Or With ..."
"Jesus or Beelzebul? I'll take curtain three, thank you. I don't DO Fear religions."
Kyllein MacKellerann " You Are With Jesus Or With ..."
Browse Our Archives
get the latest from
Catholic
Sign up for our newsletter
POPULAR AT PATHEOS Catholic
1

What are people starving for, Fr....
Catholic Bard
Related posts from The Pursuit of Holiness