The New Testament Is Reliable And Accurate

The New Testament Is Reliable And Accurate March 13, 2020 William Hemsworth

When it comes to a discussion about sacred scripture the word “accuracy” will definitely come up.  Whether it is in regards to passages in the Old Testament or the New, but what is the basis for such questions?  Is it an honest attempt to discern the truth or is one’s mind already made up?

This is a question that I myself had before I became a Christian, and it is the same that some of my best friends have now.  How can an author or authors could possibly “quote” what Jesus, Peter, Stephen or any other person said when the author was not there and there does not appear to be any written documents that have the quotes?

This question is often asked because of the dates that the New Testament books were written in.  Jesus lived between 4 B.C. and 33 A.D. and the first accounts of his life, the gospels, were not written until the 60’s.  That is the Gospel we know today as the Gospel of Mark.  David Black states

“The church historian Eusebius quotes the early Christian leader Papias as saying ‘This also the presbyter said: Mark, having become the interpreter of Peter, wrote down accurately, though not indeed in order, whatsoever he remembered of the things said or done by Christ (Black, page 140).”

To understand the significance of this statement we must look again to the life of Saint Peter.  Saint Peter was a passionate man who was of great faith one moment and a doubter the next.  He was a man that told Christ that he would never leave nor deny him, but we find him denying Christ just before the crucifixion.

In Mark 14:54 we read “Peter followed him at a distance into the high priest’s courtyard and was seated with the guards, warming himself with fire.”  This is a detail that only Peter would know and he transmitted it to Mark who wrote it down.

The denials in the courtyard came next, and in Mark 15:72 at the end of the verse “He broke down and he wept.”  These are intimate details of someone who lived through the experience of denying his Lord three times.

One may say that the personal details of Peter prove nothing about how Jesus could be accurately quoted so long after He resurrected.  To this an experience of the individual could be brought up.  We all have someone who is, or was, extremely close to us.

This person taught us something, was an influential figure in our lives.  The fact that we never wrote their words down does not diminish them or void them when we recall them several years later.  The same goes for the Apostles and evangelists of the New Testament. 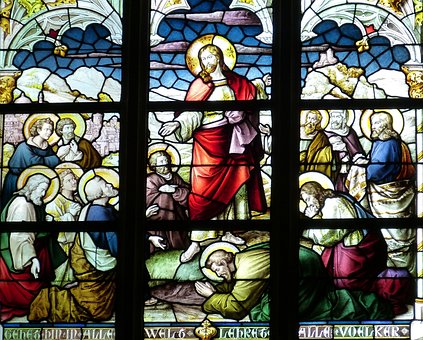 People Died For What They Saw

These individuals saw Christ walking, crying, healing, walking on water, and being compassionate to the unclean of the time.  They saw him die, and though they did not personally see the resurrection they encountered the resurrected Christ later on.  Imagine what kind of impact that would have on an individual?

Having seen, heard, and lived that how could one possibly ever forget the words of Christ?  I would dare to say that it is impossible because they, with the exception of John, would die for those words themselves.  One is not willing to die for something that is not true, or even partially true.

The Apostles took Christ’s command of making disciples very seriously.  They would be in violation if they were writing or teaching anything that was not accurate.

More Documentation Than Any Other Record

In addition to the question above another comes up in regard to accuracy.  How can we know that the New Testament is accurate when we do not have the original manuscripts?  Josh McDowell answers this question by saying,

“There are now more than 5,686 know Greek manuscripts of the New Testament.  Add over 10,000 Latin Vulgate and at least 9,300 early versions and we close to 25,000 manuscript copies of the New Testament in existence today.  No other document of antiquity approaches this number.  In comparison, Homer’s Iliad is second, with 643 copies that have survived (McDowell, page 60).”

All these copies they are basically the same with the exception of a word misspelled or misplaced here or there. These small errors do not change the message or doctrine of the text.

“one fact is indisputable.  Joined as the New Testament these twenty seven books have been the most important instrument in bringing untold millions of people from different times and places into contact with Jesus of Nazareth and the first believers who proclaimed him (Brown, page 15).”

The first generation of Christians contained more than the apostles.  1 Corinthians 15:6 states “After that, he appeared to more than five hundred at once, most of whom are still living, though some have fallen asleep.”

Not A New Issue

The question of the accuracy of the New Testament was around in the time of Saint Paul.  In this passage he is basically telling the Corinthians to go ask those that witnessed the resurrection if you do not believe it.

Paul had absolute confidence in what he preached, and we have confidence that the New Testament is accurate today.  The only reason that there were no earlier New Testament writings is because it was not commanded.  Jesus did not write nor did He command his apostles to write.

He commanded them to preach and that they did.  Brown states “He is never recorded as setting down even a word in his lifetime or telling any of his disciples to write.  Accordingly the proclamation of the kingdom of God made present in Jesus did not depend on writing (Brown, page 5).”

first Christians believed that the end times were at hand and did not feel the need to write.  It was not until they started dying that they felt the need to write to preserve the teachings.

We Can Be Confident

What we have in the New Testament comes from those who knew Jesus on a personal level, or they were close companions of them.  They all came from the first generation of Christians.  They were people that lived in the same times as our Lord.  To call anyone but Caesar Lord was suicide, yet they did it.

We can have faith that the Testament in accurate because of the amount of ancient manuscripts we have, ancient historians that speak of it, and history has been unable to disprove it.  Karl Keating has a wonderful quote about Christianity.  He said “Christianity is the easiest religion to disprove, just show us the bones.” 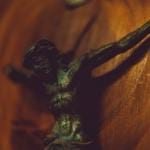 March 16, 2020 Wedding Supper Of The Lamb: More To Mass Than We Realize
Recent Comments
1 Comment | Leave a Comment
"“To love God with all your heart is to go where he leads and to ..."
AntithiChrist Jesus And New Life Through Him
"https://uploads.disquscdn.c..."
Robert Conner Jesus And New Life Through Him
"The Trinity made sense in a pre-technical mystical/magical world in which many gods competed against ..."
bill wald St. Augustine: On The Trinity
""affirms the divinity of Christ by mentioning him in the same sentence as God."Really? How ..."
mechtheist St. Augustine: On The Trinity
Browse Our Archives
get the latest from
The Pursuit of Holiness
Sign up for our newsletter
POPULAR AT PATHEOS Catholic
1

How To Pray When We Don't...
The Way of the Wildflowers
Related posts from The Pursuit of Holiness 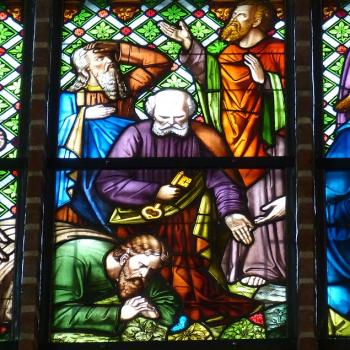 Catholic
Apostolic Succession And The Arian Controversy: Part 3
The Pursuit of Holiness 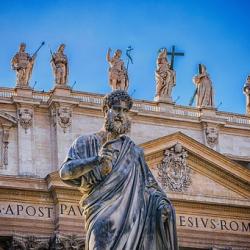 Catholic
Apostolic Succession And The Arian Controversy: Part 2
The Pursuit of Holiness 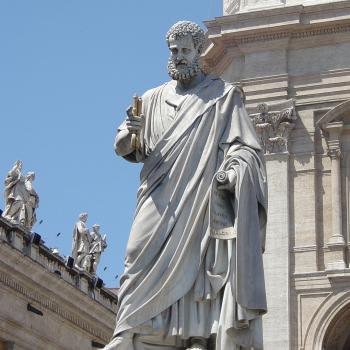 Catholic
Apostolic Succession And The Arian Controversy: Part1
The Pursuit of Holiness