Updated: Yes…Mother of God is a Proper Title for Mary

Updated: Yes…Mother of God is a Proper Title for Mary May 4, 2020 William Hemsworth

On my journey into the Catholic church there were three things that had the potential to derail me. Mary, Mary, and Mary. One of the objections I had, which sprang from my Baptist days, was the title of Mother of God for Mary.
After all God is eternal and has always existed. That title, at least in my mind back then, meant that somehow Mary was exalted to a deified state in which she surely didn’t belong. How can a mere mortal be the Mother of God?
This objection is one that is still quite prominent. If you don’t believe me feel free to visit a Protestant/Catholic discussion forum on Facebook. Simply ask if Mary is the Mother of God and watch the sparks fly.

This issue was settled by the church in the 400’s at the Council of Ephesus. Nestorius, the Bishop of Constantinople, objected to the long revered title of Mary known as Theotokos. This is a Greek term that simply means “God-bearer”. Nestorius decided to use a different term known as Christotokos, or “Christ-bearer”.

This term is problematic for a couple reasons. First and foremost Nestorius used this term in an attempt to maintain the two natures of Christ, but he failed.

Mary And The Person Of Christ

Either Jesus had both natures since conception or he did not. To say he did not is to fall into error. Adoptionism is one result that can come from this line of thinking. The other is one that denies the hypostatic union. The latter is what would become known as Nestorianism.

The fact of Jesus having a human and divine nature coexisting in the one person of Jesus was upheld by the Council of Ephesus in 431.  As a result the Greek term for Mary known as Theotokos was upheld.

In short calling Mary the Mother of God has everything to do with understanding Jesus properly, and even less to do with Mary.  Regarding this para 495 of the Catechism states, “Called in the Gospels ‘the mother of Jesus, Mary is acclaimed by Elizabeth, at the prompting of the Spirit and even before the birth of her son, as “the mother of my Lord”. In fact, the One whom she conceived as man by the Holy Spirit, who truly became her Son according to the flesh, was none other than the Father’s eternal Son, the second person of the Holy Trinity. Hence the Church confesses that Mary is truly “Mother of God” (Theotokos)”.

Nestorianism Is The Result

As stated a few sentences ago, Jesus was fully God and fully man from the time of his conception.  Mary gave birth to the second person of the Trinity, not a boy who would latter take on a divine nature.

Yes my friends, it really is that simple.  Nestorianism is the logical consequence for those who deny the Theotokos.

Since it is the May I decided update the article with this video.  God bless you all. 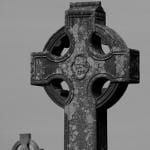 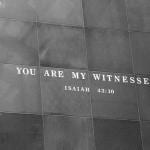 May 6, 2020 To Evangelize is the Goal...Here are a few Simple Steps
Recent Comments
0 | Leave a Comment
Browse Our Archives
get the latest from
The Pursuit of Holiness
Sign up for our newsletter
POPULAR AT PATHEOS Catholic
1

Your Choice: The Eucharist or the...
On the Catholic Beat
Related posts from The Pursuit of Holiness 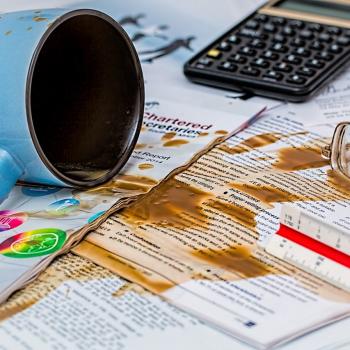 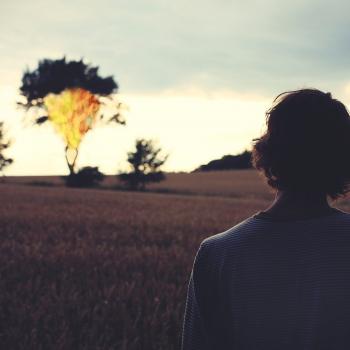 Catholic
Mouth And Defilement: We Need A Change Of...
The Pursuit of Holiness
TRENDING AT PATHEOS Catholic