Before entering the Catholic church, I had a lot of misconceptions about what Catholicism was. I am not the only one that had these misconceptions, and these misconceptions are still ongoing for many people. There is a very vivid memory I have of the day I made myself a challenge. At the time I was Baptist and very passionate. I wanted to show that the Catholic church could not be the church founded by Christ.  I wanted to show that the early church was not Catholic.  Big mistake!

To do this I had to go back to the writing of the early church fathers. I started with St. Clement of Rome, then St. Ignatius of Antioch, and eventually read my way up to the writing of St. Irenaeus. At this point I feel like I was being punched in the gut as Catholic doctrine was being taught by these early Christians. The writings of St. Irenaeus served as the knockout blow. He challenged the false teaching of his day with things the Catholic church still teaches. Here are seven quotes from his that are totally Catholic. Unless otherwise stated all quotes are from his classic work titled Against Heresies.

1. “One should not seek among others the truth that can be easily gotten from the Church. For in her, as in a rich treasury, the apostles have placed all that pertains to truth, so that everyone can drink this beverage of life. She is the door of life.”

2. “The Church, though dispersed through our the whole world, even to the ends of the earth, has received from the apostles and their disciples this faith: [She believes] in one God, the Father Almighty, Maker of heaven, and earth, and the sea, and all things that are in them; and in one Christ Jesus, the Son of God, who became incarnate for our salvation.”

3. “Even if the apostles had not left their Writings to us, ought we not to follow the rule of the tradition which they handed down to those to whom they committed the churches? Many barbarian peoples who believed in Christ follow this rule, having [the message of their] salvation written in their hearts by the Spirit without paper and ink.”

4. “The tradition of the apostles, made clear in all the world, can be clearly seen in every church by those who wish to behold the truth. We can enumerate those who were established by the apostles as bishops in the churches, and their successors down to our time, none of whom taught or thought of anything like their mad ideas.”

Real Presence of Christ in the Eucharist

5. “For when the mixed cup and the bread that has been prepared receive the Word of God, and become the Eucharist, the body and blood of Christ, and by these our flesh grows and is confirmed, how can they say that flesh cannot receive the free gift of God, which is eternal life since it is nourished by the body and blood of the Lord, and made a member of him? As the blessed Paul says in the Epistle to the Ephesians, that we are members of his body, of his flesh and his bones.”

6. “This is true Gnosis: the teaching of the apostles, and the ancient institution of the church, spread throughout the entire world, and the distinctive mark of the body of Christ in accordance with the succession of bishops, to whom the apostles entrusted each local church, and the unfeigned preservation, coming down to us, of the scriptures, with a complete collection allowing for neither addition nor subtraction, a reading without falsification and, in conformity with the scriptures, so interpretation that is legitimate, careful, without danger of blasphemy.” 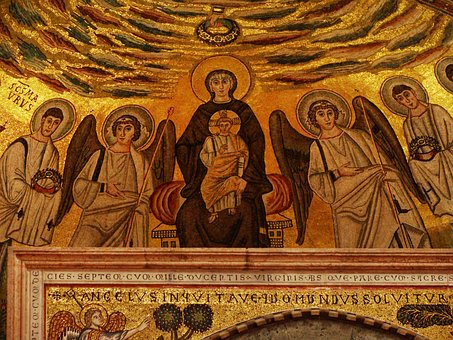 7. “It was that the knot of Eve’s disobedience was loosed by the obedience of Mary. For what the virgin Eve had bound fast through unbelief, this did the Virgin Mary set free through faith”. 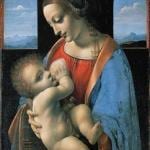 May 4, 2020 Updated: Yes...Mother of God is a Proper Title for Mary
Recent Comments
0 | Leave a Comment
"Excellent presentation. I have found that what matters most is the "posture" of the heart ..."
John A Matter Of The Heart
"I agree with you 100%. The bishops have instructed everyone to receive on the hand ..."
aggiegirl2000 A Matter Of The Heart
"After seeing exactly how screwed up Christian Conservatives are, worshipping a man that is immorral. ..."
Prax You Are With Jesus Or With ..."
"Jesus or Beelzebul? I'll take curtain three, thank you. I don't DO Fear religions."
Kyllein MacKellerann " You Are With Jesus Or With ..."
Browse Our Archives
get the latest updates from
The Pursuit of Holiness
and the Patheos
Catholic
Channel
POPULAR AT PATHEOS Catholic
1 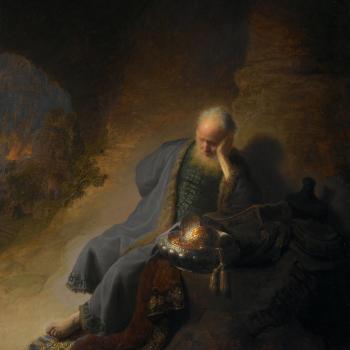 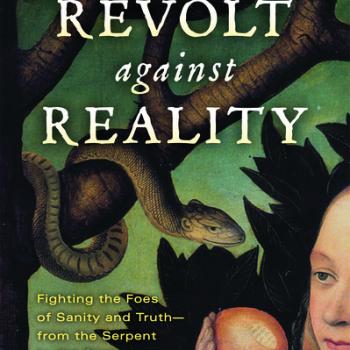 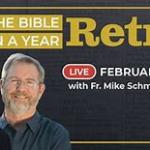