The temptation when looking at the Arian controversy is to immediately look to the Council of Nicea.  However there is much more to the church’s response.  As any good Pastor would be, Bishop Alexander became concerned by the teaching of one of his priests.

This error has eternal consequences for those who became wooed by this new doctrine.  Alexander admits that he initially ignored the false doctrines and hoped they would die out on their own.  Plans changed when Bishop Eusebius of Nicomedia came to the aid of Arius.  To This Alexander of Alexandria writes:

But seeing that Eusebius, now of Nicomedia, who thinks that the government of the Church rests with him, because retribution has not come upon him for his desertion of Berytus, when he had cast an eye of desire on the Church of the Nicomedians, begins to support these apostates, and has taken upon him to write letters everywhere in their behalf, if by any means he may draw in certain ignorant persons to this most base and antichristian heresy (Schaff, 69).

Seeing that a fellow bishop is no longer teaching doctrine that is part of scripture or sacred tradition was very alarming. Alexander used his authority, received via Apostolic Succession, to try to correct the situation.  Alexander of Alexandria called a local synod that formally condemned the teachings of Arius.  Subsequently letters were sent to surrounding bishops to inform them of the synods conclusion (Ferguson, 192).

The way that Alexander pleaded his case against Arius was nothing short of brilliant.  Arius said that Jesus could not be God because God is immutable.  Alexander’s argument was polemical in nature, but very effective.  He said that Arius denied the immutability of the Father by saying that he was not immutable until the son was created.

According to Alexander, “Now when Arius and his fellows made these assertions, and shamelessly avowed them, we being assembled with the Bishops of Egypt and Libya, nearly a hundred in number, anathematized both them and their followers” (Schaff, 70). 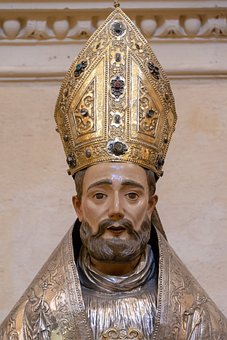 Over one hundred bishops exercised their authority, that they received by apostolic succession, to anathematize Arius and his followers.  The allow a teaching that was contrary to that of the apostles was to risk the salvation of souls.  The early fathers had no choice but the exercise their authority.

According to the synod there was one view of Christ which was handed down directly from the apostles.  Sadly, this would not be the end of the heresy.  Though the synod had a near unanimous ruling, the eastern bishops were split.

We look back on this event now and say that this was a serious situation.  You would be correct.  A schism this early into the Christian era could have been disastrous.  Emperor Constantine heard of the controversy from his Bishop named Hosius.

Regarding this the ancient church historian Socrates Scholasticus writes, “To this end he sent a letter to Alexander and Arius by a trustworthy person named Hosius, who was bishop of Cordova in Spain, and whom the emperor greatly loved and held in the highest estimation” (Scholasticus, 17).  Constantine needed Christianity to be unified in an already crumbling Roman empire.

The Calling Of Nicea

To maintain unity, the emperor called all the bishops in the empire for a council.  This council would become known as the first ecumenical Council of Nicea.  The council commenced in 325 and set a precedent for all other ecumenical councils.

In his place he sent two priests to be legates, and to act in his place and authority.  Church Historian William Carroll writes,

“The recommendation for a general or ecumenical council . . . had probably already been made to Constantine by Ossius [aka Hosius], and most probably to Pope Silvester as well.  Ossius presided over its deliberations; he probably, and two priests of Rome certainly, came as representatives of the Pope” (Carroll, 11).

Championing the orthodox cause at the council was St. Athanasius.  Athanasius was a brilliant theologian who argued from scripture the case that Christ is eternal.  He argued that terms in scripture such as “was handed over” do not imply that the Son was not divine (Norris, 95).

The Council fathers rallied behind St. Athanasius, as he was preaching the faith that had been handed on to them (Schroeder, 14).  The great saint said many things, but one struck the heart of Arius’s argument.

Regarding the Logos Athanasius said, 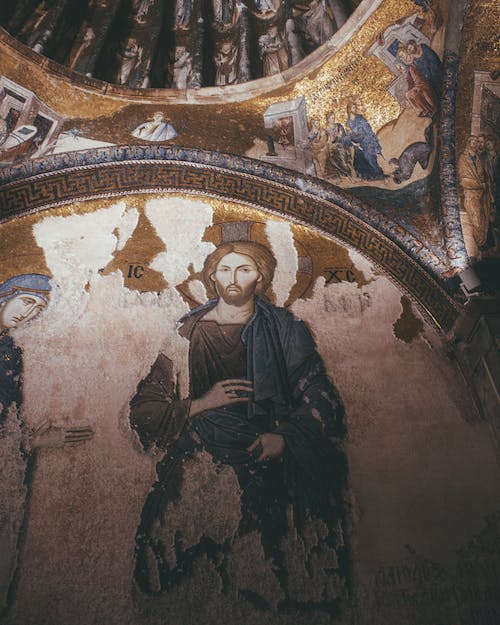 Both sides of the controversy appealed to scripture.  However the orthodox side coined the usage of a term that is not in scripture to describe Christ’s deity.  This Greek work word is known as homoousios.  The term means that the Son is of the same substance, or consubstantial, as the Father (Sanders, 18).

These are the same words we use at mass when we recite the Nicean creed.  The teaching was passed on by valid apostolic succession.  The irony is that while the bishops condemned Arianism, the term was a source of controversy.

The terminology and definitions were defined more narrowly in 381 at the Council of Constantinople thanks in part to the Cappadocian fathers.  Regarding the definition St, Gregory of Nazianzus writes, “Because they are from him, though not after him.  Being unoriginate necessarily implies being eternal, but being eternal does not entail being unoriginate” (Nazianzus, 71).

To review part one of this article you can review it here.

Socrates Scholasticus. A History of the Church in Seven Books. London: Samuel Bagster and Sons, 1844. Print.

September 18, 2020
Apostolic Succession And The Arian Controversy: Part1
Next Post

September 25, 2020 Apostolic Succession And The Arian Controversy: Part 3
Recent Comments
0 | Leave a Comment
Browse Our Archives
get the latest from
Catholic
Sign up for our newsletter
POPULAR AT PATHEOS Catholic
1

Catholics Should Have Nothing to do...
On the Catholic Beat
Related posts from The Pursuit of Holiness