Faith Alone: Is This How We Are Saved?

Faith Alone: Is This How We Are Saved? November 10, 2020 William Hemsworth

I recently had the opportunity to once again interview Steve Ray. His energy is infectious and he is a wealth of knowledge. In this interview we discussed a crucial topic. Are we saved by faith alone? We will be doing a follow up later this month on what it means to be born again.

Faith alone, or Sola fide, was one of the rally cries of the Protestant reformation. Some argue that Catholics believe they are saved by works. Both are wrong and Steve breaks it down and shows us why.

Faith Alone: About The Interview

In today’s episode Catholic author, speaker, and apologist Steve Ray joins me to discuss the Protestant idea of Sola Fide, or faith alone. Is this how we are justified? Or is there something more that the Bible teaches?

We discuss what we believed as Protestants and contrast it with the Catholic view. He gives tons of scriptural support to prove the Catholic view and that the Protestant view is novel as far as history, and scripture, is concerned.

My apologies for Zoom freezing up during the interview.

Steve was raised in a devout and loving Baptist family. His father was a deacon and Bible teacher, and Stephen was very involved in the Baptist Church as a teacher of Biblical studies. After an in-depth study of the writings of the Church Fathers, both Steve and his wife Janet converted to the Catholic Church. He is the host of the popular, award-winning film series on salvation history, The Footprints of God. Steve is also the author of the best-selling books Crossing the Tiber, and St. John’s Gospel.

Steve also released a new book recently titled The Catholic Faith: An Introduction To The Creeds. It is released by TAN books and you can check it out here.

The Interview About The Faith Alone Issue

You can listen to the podcast here.

I will go peaceably and firmly to the Catholic Church: for if Faith is so important to our salvation, I will seek it where true Faith first began, seek it among those who received it from God Himself.-St. Elizabeth Ann Seton

Hold firmly that our faith is identical with that of the ancients. Deny this, and you dissolve the unity of the Church.
-St. Thomas Aquinas

If you believe what you like in the gospels, and reject what you don’t like, it is not the gospel you believe, but yourself.
-Saint Augustine

One life is all we have and we live it as we believe in living it. But to sacrifice what you are and to live without belief, that is a fate more terrible than dying.-St. Joan of Arc 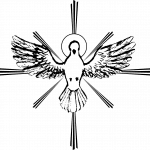 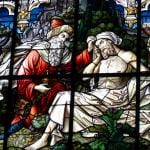 November 11, 2020 Mercy, Forgiveness, And Giving Thanks
Recent Comments
0 | Leave a Comment
Browse Our Archives
get the latest from
The Pursuit of Holiness
Sign up for our newsletter
POPULAR AT PATHEOS Catholic
1

What If Someone You Love is...
Public Catholic
Related posts from The Pursuit of Holiness 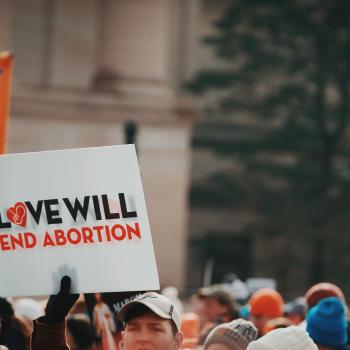