Growing up a child victim of Catholic Domestic Violence

This post is hard to write. I’m not exactly sure how to write it, because doing so is sure to hurt someone, and I don’t want that to happen. And someone will tell me I am committing detraction, and I don’t want that on my conscience, either. And I shouldn’t be writing this right now anyway since I have two-thirds a semester worth of Spanish homework waiting for me.

But I just read Maria Mochow’s piece “Advice from my uncle, Timothy O’Donnell,” and I am reeling.

Mostly, I’m reeling because when I saw the pull-quote someone posted with her article, I thought someone had shared one of my pieces, and yet I didn’t recognize the thumbnail:

“I’m sorry you feel that you’ve been set a bad example by your father,” Uncle Tim said.

“Yes, I answered, “he has been verbally, emotionally and physically abusive ever since I could remember.”

And that’s when I realized I hadn’t written this piece. These were the words of another victim of another father’s Catholic Domestic Violence and of his family and friend’s negligence in addressing it.

I need to write this and share this article because I’ve mentioned my experiences growing up under the tyranny and terror of a Catholic Domestic Violence family. And yet, despite my dedication to integrity and raw honesty in my writing, I’m terrified to sit down and write on this subject. Which is generally a good indicator that I should.

Where to begin? How about with the fact that I was labelled the “trouble maker” in my family and my friend group because I wouldn’t keep my mouth shut? My counselor now tells me that’s because I was the truth-teller, and those roles are often conflated. She tells me that I see injustice and evil so clearly, I can’t be silent when I see it. And that makes people uncomfortable.

I could begin by talking about how, when a friend of ours, exhausted from homeschooling eight children and fulfilling her traditionalist husband’s demands for two decades, had an affair with her husband’s best friend. I remember the rage in my father’s eyes as he said “if that was my wife, I’d have killed her.” Or maybe that was about a different situation, where they had only four kids. I don’t really remember anymore.

I could begin by telling you that since I was 16, I told my mother’s friends how toxic her marriage was. I told them how much I hated my father. And when they looked concerned and asked me how they could help her, I’d answer forcefully, “poison my father’s coffee.” And instead of recognizing my hyperbole as a teenager desperate for her mother’s safety—for her own—they’d look shocked and horrified and retort,  “Marie! You can’t say things like that!”

I could tell you that I begged my mother to divorce my father since I was 17, believing I was sinning in doing so. It wasn’t until a year and a half ago that I learned I wasn’t.

I could tell you that, a year and a half ago, when I officially stopped speaking to my father, I ran into one of his friends, a theology professor I’d always loved, in the halls of the academic building at Franciscan. He asked me how things were with my family. Like Maria speaking to her uncle, Dr. Tim O’Donnell, I tried to be honest. I told him how bad things were. I asked for prayers. And he simply assured me ardently, “Marie! You father loves you! He really truly does!”

No. No, I told him, my father really truly abuses us.

I haven’t really spoken to this professor since. I think he is a good man. I know he means well. But like Dr. O’Donnell, he was a good man who did nothing.

I could tell you that, like Maria, I grew up surrounded by Catholic Domestic Violence apologists, who trained me to believe that divorce is the greatest harm that can befall a family. Who taught me that, if it didn’t involve sex or black eyes, it wasn’t abuse. I could tell you that this Church has failed women in teaching clearly about domestic violence and their true options when they find themselves in that situation. My father never physically abused us, technically, and never raped my mother, as Maria’s father did. But domestic violence encompasses much more than physical and sexual abuse. Domestic violence comprises any sort of domestic abuse. In my family this involved spiritual, emotional, psychological, and financial abuse. When my mother finally left, it involved stalking and threats of violence. He told my mother she could not receive the Eucharist because leaving him constituted a mortal sin and she believed him for a while. He wrote letters to all of our acquaintance that she was psychologically unstable for leaving him and only did so due to my manipulation. He likewise told them that I am psychotic, a narcissist, and evil.

I could tell you how shaken I was when I read this article by Simcha Fisher about a married Catholic priest who kidnapped, beat, and raped his wife inside a Church. Did I mention my father once threatened to move us all to Ukraine so he could be ordained a Catholic Priest? God I’m glad that never happened.

I could tell you how surreal I felt reading Azar Nafisi’s Reading Lolita in Tehran a year ago, or Gayle Tzemach Lemmon’s Dressmaker of Khair Khana, because I felt like I was reading about my own childhood.

Let me repeat that: I read two books about women experiencing the oppressive control of extremist Islam, and I related so much to it coming from a traditionalist Catholic family rife with domestic abuse that I felt like I was reading about my own childhood.

I could tell you how much rage I feel toward islamophobic Catholics when they deride another meaningful religion for the evil and violence its extremist members commit against women, when those same Catholics deny the violence that its own men (and women) frequently commit against their own wives and families.

Hypocrisy, thy name is patriarchal Catholicism.

I could also tell you that I never knew how my father treated us was abuse until my life-long hero and father figure told me it constituted abuse. I was twenty. And I was shocked. And I could tell you that I still refused to believe that my family’s experience actually constituted domestic violence until my counselor insisted I look up a definition of domestic violence a year ago:

Domestic violence is an epidemic affecting individuals in every community regardless of age, economic status, sexual orientation, gender, race, religion, or nationality.

I could also tell you that Catholics ignore the explicit teachings of the USCCB regarding Domestic Violence:

The person being assaulted needs to know that acting to end the abuse does not violate the marriage promises. […]

Religion can be either a resource or a roadblock for battered women. As a resource, it encourages women to resist mistreatment. As a roadblock, its misinterpretation can contribute to the victim’s self-blame and suffering and to the abuser’s rationalizations.  […]

As bishops, we condemn the use of the Bible to support abusive behavior in any form but the passage (v. 21-33) refers to the mutual submission of husband and wife out of love for Christ. Husbands should love their wives as they love their own body, as Christ loves the Church.  […]

Finally, we emphasize that no person is expected to stay in an abusive marriage. Some abused women believe that church teaching on the permanence of marriage requires them to stay in an abusive relationship. They may hesitate to seek a separation or divorce. They may fear that they cannot re-marry in the Church. Violence and abuse, not divorce, break up a marriage. We encourage abused persons who have divorced to investigate the possibility of seeking an annulment. An annulment, which determines that the marriage bond is not valid, can frequently open the door to healing.

Like sexual assault, Catholic men and women are trained to believe domestic violence is impossible and non-existent in Good Catholic Families. We are not trained to be aware of its signs and forms in our lives and the lives of our friends. We are told that if we follow the Jason Evert Purity Culture Playbook and marry a Good Catholic Man or Woman, we will never ever experience these things. And if a marriage isn’t happy, love and prayer are the only solution.

Wake up, Catholics. Realize that your obsessive idolization of institutions, including the institution of marriage, is destroying lives. Teach your children what domestic violence is. And stop telling women to fix their toxic marriages by loving their husbands more or by being another St. Monica.

P.S. For those of you about to accuse me of being bitter, let me help. Yes, I’m bitter. So suck it. 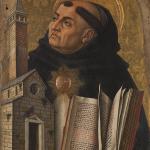 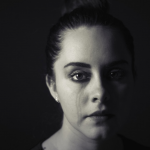 April 27, 2018 Where Were You When I Needed You? An FUS Student Speaks Out
Recent Comments
26 Comments | Leave a Comment
Browse Our Archives
get the latest from
The Shoeless Banshee: Meanderings Beyond the Pale
Sign up for our newsletter
POPULAR AT PATHEOS Catholic
1