Trauma Survivors Have Had It With Hallmark-esque Christmas Stories

My friend and fellow Patheos Catholic columnist Kristy Burmeister wrote a piece this week about when Christmas is a trigger for trauma survivors.

As always, her piece was powerful and I really appreciated it. I never saw Christmas as a trauma trigger for myself, but when I remember how deeply suicidal I felt last Christmas when I was in Spain, and then look at the PTSD recurring nightmare I had last Saturday that affected me so strongly I could barely function function at work to the degree that my coworkers were sending me private messages to check whether I was okay (I wasn’t).

In my dream, we were fleeing my father. As always happens in these dreams, I was in hysterics the entire time, shrieking, screaming, babbling, sobbing, but no would listen or take me seriously. The dream house we were in had so many external doors, and I ran around trying to lock them all, but there were too many, and he got in before I could stop him. And then he shot me.

That last part was new for these dreams, but that fear isn’t.

Three years ago, my mom and brother and I spent Christmas Eve and Christmas Day in hiding with some very dear people in a place my father would never think to look for us.

Leading up to Christmas had been terrifying. I lived in a constant state of panic. My father was stalking my mother at the school where she taught, sneaking into it without permission, especially when he knew she would be the only adult there supervising aftercare. He was sending her threatening ultimatums, “You WILL return to me by Christmas or there will be serious consequences.” He called the police and lied about us, claiming that Mom and I were abusing him  and my younger brother was threatening him. And he was demanding a specific gun from my brother.

Somehow that last part was the scariest. Nevermind the numerous other guns he had. The fact that he was planning to come to the house (where he had not lived for 6 months or more, since he and my mother were living with my grandmother when she separated from him) specifically for a gun sent my panic into hyperdrive. I lived in very real fear that he would show up on our doorstep and shoot me or my mother dead.

Does that sound like an overactive imagination to you? It shouldn’t, not when you look at the statistics and facts about domestic violence. How about when you learn that most intimate partner homicides are conducted within 3 months of the victim leaving?

A friend of mine and her husband were in visiting her parents for Christmas. She checked in on me on Christmas Eve and I told her what was going on. She told me she would call me back, and when she did five minutes later, she told us to come stay with them for Christmas. I was unsure, we didn’t want to intrude, but she responded that her sister had said it best: there was room at the inn.

They even went out and bought each of us a Christmas gift so we would have something to open under their tree the next morning. It was a surreal way to experience the birth of Christ and deeply engage with the meaning of Christmas, which should be just this, friends providing Sanctuary to those who need it. Welcoming in the refugees. Cherishing time together, safe, with those you love.

This gets me to my bigger point: trauma and abuse survivors have had enough of trauma-ignorant holiday movies.

Christine Marfice explained this so well in her frustrated review of A Beautiful Day in the Neighborhood:

The film follows Esquire journalist Lloyd Vogel, who has been assigned to write a short profile on Rogers. Throughout the movie, from clues peppered into various scenes, we learn that Lloyd is estranged from his father, who long ago abandoned his family — Lloyd and his sister as children, and their mother on her deathbed — to run away with another woman. In an early scene, Lloyd encounters his father at his sister’s wedding. The father gets stumbling drunk and makes a horrifyingly callous joke about his children’s dead mother. He and Lloyd come to blows over it, but the father escapes unscathed while Lloyd has a nasty black eye and a broken nose. To make matters worse, Lloyd’s wife blames him for the fight and for ruining the wedding.

The next day, Lloyd has his first encounter with Mr. Rogers, who notices his injuries and asks about them. After brushing off the questions with a few jokes, Lloyd finally reveals that he was in a fight with his father. Tom Hanks’ Mr. Rogers is shocked, and starts to press Lloyd for more information about his relationship with his father. He also starts, from his first meeting with Lloyd, to talk about forgiveness. . . .

But what makes A Beautiful Day In the Neighborhood a true slap in the face to the legacy of the real Mr. Rogers is how, as Lloyd’s interviews with Mr. Rogers come to center around forgiveness, Lloyd isn’t encouraged to forgive his father while maintaining healthy boundaries that keep his father from being able to reenter his life and continue to abuse him. Instead, Mr. Rogers encourages Lloyd to welcome his father back in, because to do so would be the ultimate act of empathy toward his father, now being portrayed not as an abusive narcissist, but as a complex albeit flawed character who deserves a place in his son’s life.

–Christine Marfice, “If You’ve Survived A Gaslighting Parent, You Won’t Love ‘A Beautiful Day In the Neighborhood’”

I had been excited to go see the new Tom Hanks Mr. Rogers movie. Now I’m just honestly glad I didn’t. I’d probably have been swearing and throwing things at the screen.


My friends and I have talked at length about this failure of current media to represent the realities of abuse.

Holiday movies are some of the worst offenders, but certainly are not the only ones. Instead we have so many misrepresentations of “happy endings,” where reconciliation occurs in spite of the rest of the story, certainly not because of it. We have the abusive father who is welcomed to Christmas Dinner, despite remaining abusive during the whole film and exhibiting no true intention to change. We have the strong independent daughter who keeps up a strong relationship with her wealthy controlling parents despite their headgames and manipulation. We have the comedies where the young, hot, better-qualified female news anchor falls for the misogynist who groped her. How about the two young traumatized brothers who spend all their time seeking their negligent/abusive father and ignoring their wounds from him.

It would be easy to assume that these stories are told to soothe survivors and show them a happy alternate reality where reconciliation is reached. But I’m beginning to wonder if, in fact, this trend in our culture is more about the comfort of those surrounding the survivors, the friends and family and even the aggressors themselves, than it is in any way for the sake of the victims. Because these stories of cheap reconciliation and forced or fake forgiveness have never brought me a moment of peace.

I want a new trend of movies. I want to see the son who, when the boundaries he tries to establish with his gaslighting parents are smashed over and over, he cuts off contact and reaches a better life. I want to see the Christmas movie where the abusive husband appears and the survivor’s allies make him leave and ask the survivor if she is okay. And then probably deal with her complete PTSD breakdown when she isn’t. I want to see the movie where the family doesn’t attend the abusive father’s funeral, because they can’t handle being near his complicit relatives.

When I was little, I wanted the “happy endings.” But not now. Because now I’ve realized those movies do not show “happy endings” at all. And as I’ve connected with other survivors, I’ve recognized that we have this in common: happy squishy Hallmark endings are upsetting, frustrating, belittling, often even triggering. One friend mentioned Gilmore Girls. Another mentioned Friends. I think of Passengers.

My friends and I, we want the “sad” endings, because in those endings we prove ourselves strong, resilient. Safe. Free.

The ones that recognize that forgiveness succeeds healing and freedom. Not the other way around. 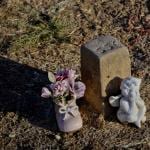 November 22, 2019
Remembering My Sister I Never Met
Next Post 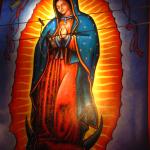 December 13, 2019 Our Lady of Guadalupe's Feast and Catholic Inconsistency
Recent Comments
2 Comments | Leave a Comment
Browse Our Archives
Related posts from The Shoeless Banshee: Meanderings Beyond the Pale 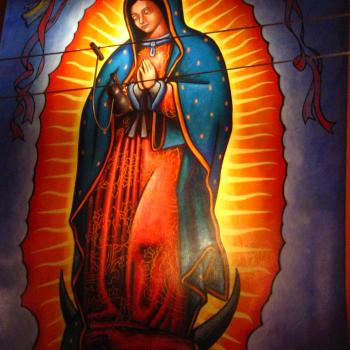 Catholic
Our Lady of Guadalupe's Feast and Catholic Inconsistency
The Shoeless Banshee: Meanderings Beyond the Pale 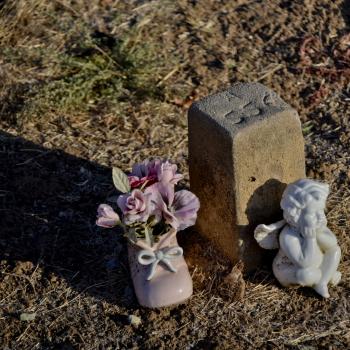 Catholic
Remembering My Sister I Never Met
The Shoeless Banshee: Meanderings Beyond the Pale