(Not) Receiving as Protest

Several weeks ago, I read a question-and-answer column in our local Catholic newspaper (or newsletter as I believe Catholic newspapers should more accurately be called) that explained to a curious soul that taking Communion “signifies that the recipient is a member of the wider Catholic community, united with the bishop of the local church and with the pope.”

My initial response was incredulity and then loathing rejection of his answer.  In high school, I studied the Baltimore Catechism and Fr. Laux’s texts, and nowhere in my brain did this answer ring bells.  Furthermore, bishops and popes have often been wrong and made mistakes, and if I limit my parameters to “teaching” errors, there have been many condemned and heretical bishops; allegedly, there are some alive today, actively condemned by factions in the Church.  So surely this stipulation is incorrect. In my fanciful mind, this stipulation allows for the possibility of protest against a bishop through boycott of the Eucharist—which is truly absurd and disproportional.

And I bring that up because, comically, that’s where I find myself.

Two weeks ago my husband and I were making to leave the house for church, but because I had been feeling hunger pains all morning without an opportunity to stop and eat, I announced that I was “breaking all the rules” and grabbed a doughnut.  My husband shortly expressed some level of personal offense—so . . . God forgive my stubborn, fiery disposition. I absolutely did eat the doughnut. And I thought to myself, “If that’s the reason—after everything else, in spite of all my other failings—if I shouldn’t receive the Eucharist because I ate something… then, fine, I just won’t receive.”

I didn’t audibly express any of this, and as I walked into the church, I considered excusing myself with the reasoning I so often heard in college when someone was getting ready to go to Mass right after eating: “Well, by the time we receive Communion, it will have been an hour.”  But when my husband instinctively reacted against my decision (he’s much more comfortable being a rule-follower, and I can’t fault him for that), the Church’s habit of clinging to apparently arbitrary rules at the threat of peril to one’s soul made me gag.

I had always received Communion because I believed in Christ’s humanity and divinity, because he is God, because by his body and blood, we have salvation.

He died, not for some, but for all. And, though I now question the following theology, I also received because I believed the Eucharist to have the power of healing and giving spiritual strength—but if the prerequisite is that you must already be unified to Christ and his Church authorities as much as is humanly possible, then that seems counter-intuitive.

So that day, as I sat in church, I thought about the fact that I hated appearing complicit in the Church’s stance on homosexuality and gender, contraception, and women; and I thought about the fact that I could try really hard to still love Jesus and ask him to heal my soul every week, and yet if I ate to sustain my earthly body just before trying to unite with him, it somehow a shameful sin.

And so the truth is, I am denying myself Communion because I disagree with the aforementioned stances; because I have found prominent Catholic evangelists to be, at best, well-intentioned gits or, at worst, self-promoting propagandists; and because the same Church that houses all of that, also offers Communion—so how can I trust it?  And I do believe that the Church will improve in these areas.  I expect that someone will eventually “develop” the theology on marriage, and eventually influential theologians and philosophers will reject the symbolism-theology on gender, and so on and so forth.

So in a more scandalous turn of phrase—and I admit it is childish—I am protesting against the bishops and the very Church by boycotting Communion.  It’s not doing much good, but my conscience is quieter.

Elizabeth Kelleher is a rambler and a nature lover.  She currently lives in the deep south, teaches in a Catholic high school, and attempts to find God. Read her more of her reflections here:

“Deconstructing ancient myths: coming forward as a victim is neither fun nor lucrative”

“If you want me, come find me” 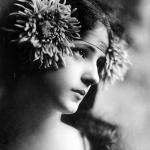 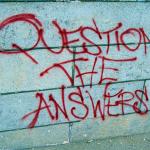 May 29, 2018 Heretic Support Group: Squelching in the Existential Mud
Recent Comments
0 | Leave a Comment
Browse Our Archives
Related posts from The Shoeless Banshee: Meanderings Beyond the Pale