Who I am and a Welcome

Welcome! I’m delighted to be part of the Patheos Pagan community, and share my story of how I landed here after being a life-long Catholic and Catholic blogger for more than a decade.

I’ve been writing for as long as I can remember. My first journal, a spiral bound notebook accidentally purchased extra during back to school shopping. I was eight and my mom had died the year before. It started with little poems and snippets of songs I heard and liked. One day I painstakingly copied all the lyrics to Eric Clapton’s Tears in Heaven because it reminded me of my mom and I loved it. Eventually, it became more my words than anyone else’s filling those pages. As a spiritual and sensitive child who was Catholic, I wrote many prayers to Jesus, Mary, and the saints. As an Italian-American, some of my go-to saints were Anthony, Rita, and Joseph, not to mention my favorite, Mary.

Writing has always been the primary way I both access and process my emotions, thoughts, and beliefs. Growing up Catholic, it was a natural to explore my spirituality and sensitivity within the confines of the church. For the most part, I experienced this as a positive thing until my adolescence. As a writer, I sought to express exploration of my faith through writing, and eventually as an adult, found myself hosting a Catholic blog of my own and then on the Catholic channel here at Patheos for a time.

You might be wondering how I ended up at the Pagan channel. Well, I haven’t gotten lost on my way somewhere else, my path was always leading here.

My sensitivity and spirituality, along with growing up on two acres of land in the Appalachians, led me to nature as much as religion in my early years. Hours were spent lying under swaying branches and listening to the wind and birds on summer days. In my early teen years, I discovered the nature-based religion Wicca and was instantly drawn to it. This was during the infancy of the internet, so resources were slim. Once my interest in “the occult” as it was called was discovered, it was right into Catholic youth group and away from my budding spiritual interest for me.

Being told I had to choose between Jesus and Nature was the lie of my childhood. For that’s what it was, a lie. Yet, I chose Jesus and put away my interest in creation spirituality and a wider definition of God than my church accepted. I used adherence to rigid and orthodox Catholicism as a way of seeking to exert control in what felt like my very chaotic life. Spiritual bypass was my drug of choice for years.

Fast forward fifteen years, and this writer found herself writing for a Catholic audience regularly yet also straining within the box labelled “Catholic woman writer”. To step even one toe out in exploration or curiosity was to be met with cries of “heresy!”. The straining became too much. My interest in creation based spirituality returned full force and eventually the box broke into a thousand pieces.

A woman who spent her entire adult life trying to be a “good, Catholic, woman” discovered that this is an illusion – a mechanism of control by men whose authority has been squandered on depraved abuse of children and covering for rapists. The construct “good, Catholic, woman” did not exist for Jesus of Nazareth. The deconstruction began. Scales fell, and they kept on falling, until at last, I could see that fourteen-year-old girl loving Jesus and Trees, and how wise she was. I decided to follow that wise child all the way home to herself.

That’s how I ended up here. I couldn’t write for a Catholic audience anymore, with the expectation that I would walk their lines and live in their boxes. I couldn’t honestly defend a church that rejects LGBTQ+ individuals as children of God, when I myself am queer. The only line I walk now is the one paved by my Knowing and Her spirit who speaks there, the line that takes me home to myself, over and over.

Why the Spiral Strega?

In nature and mathematics, spirals are perfection. Ratios in perfect relation to one another. In most religions, there is a notion of spirals representing eternity or divinity.  In Celtic Christianity, a triple spiral represents the trinity – Creator, Redeemer, and Spirt. On a nature walk with my six-year-old daughter, walking through a local creek, she found a treasure. One perfect spiral snail shell. Her delight and pride in giving me this treasure for Mother’s Day was only surpassed by my joy in receiving such a perfect gift. In the tarot, as in life, everything moves in spirals. Life itself is a spiral endeavor. We return again and again to the same places, wounds, people, hoping that we will have moved a bit farther in our healing each time.

My spirituality is most beautifully captured in the symbol of a spiral. I did not choose to be a sensitive, a healer, a witch. I have always been these things. Traveling through cycles of life, death, and rebirth, with Spirit as the energy that pulls these cycles together and bridges them from one transition to the next is the journey of my soul. She knits the spiral that is my life, in perfect harmony, and I try to be open to its changes.

I mentioned earlier my Italian-American heritage. My Great grandparents came through Ellis island to New York City, and eventually New Jersey, in the early twentieth-century. I was named for my great-grandmother, Sarah. Sarah Calli Iavarone – everyone called her Sadie. That is, if they weren’t calling her Nonna. Growing up the daughter of an Italian-American in New Jersey, there were a lot of things I didn’t understand at the time.

Why did my grandma pray the rosary during Mass instead of paying attention?

Why was there a little blue eye on the side table next to the framed picture of St. Anthony?

Why did my dad wear a golden horn on the chain around his neck every day?

Why was there salt everywhere?

Why didn’t all the kids in school celebrate Old Befana coming on Epiphany eve to leave treats in their shoes?

I didn’t know that these customs were as much a part of being Italian-American as Sunday dinner and homemade sauce. I didn’t know then that the metal thing hanging in my grandma’s kitchen with the weird branches and symbols was an amulet warding off harm, or that the little eye represented some sort of magic keeping us safe.

I didn’t know that in addition to being Catholic, we were practicing Italian folk magic. Truth be told, I don’t know that my grandma or great-grandma called it that. It was just the old ways, it was what you did. That silly golden horn my dad wore, was the Cornicello, another good luck charm designed to repel negative energy. All that salt was so many whispered blessings.

When my father wasn’t part of my life anymore, I lost touch with my Italian relatives, but I never lost my feeling of connection and home in the customs, food, and spirituality of my ancestry. Despite having an interest in Wicca as a teen, coming out of one strict religious practice, I wasn’t in a hurry to jump into something structured, and while I love Wicca, it just didn’t feel home to me. I decided that what I was looking for was something older and which had always been closer than I realized.

I started slowly, and while being open to the possibility of (almost) anything, I decided my guiding star would be my Knowing. Anything that didn’t sit right with my knowing would be let go.

What I held fast to was deep connection to the Divine in nature, to Nature itself. A desire to follow the seasons and rhythms of the earth’s cycles, to honor those with ritual and praise and joy.

An interest in the religion of the goddess which existed before patriarchal religion and which has wisdom and stories long buried and burning to be known. I desire to know them and add to them what is my gift, a voice all my own.

The truth of my own inner wisdom. The ability to trust myself – my soul, and Knowing, and intuitions. Tarot has become my dear friend and ally in this journey and serves over and over as a threshold between this present moment and all that lies buried within.

A desire to learn and practice the folk magic and catholicsm of my ancestors. Not one of hierarchies and rules and rigidity, but of simple faith and saints and healing from the earth’s wisdom.

I retain a deep love for Jesus of the gospels, for the humble day laborer who proclaimed the Good News to the poor, oppressed, and outcast. My soul rests in the love of Mother Mary – more simply Mother – whose body is the whole earth, and who has been caged by patriarchy for far too long.

In essence, what I am holding on to, what I am learning, is what I offer here. The Spiral Strega is a place where patriarchal religion is shrugged off in favor of inner Wisdom and Knowing, the old ways, and through a lens of Italian folk magic practice. Always female-centered and striving for intersectionality as much as possible.

I am a white woman of Italian ancestry who believes that black lives matter, LGBTQ+ people are holy, and none of us are free if any of us are in bondage. May my words, actions, and practice always honor those beliefs. 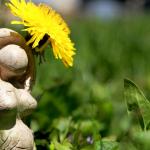 November 18, 2020
She Who Is: The Real Feminine Genius
Next Post 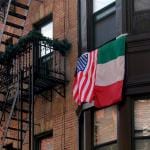 October 12, 2020 Taking Back Italian Pride: Cancelling Columbus Day
Recent Comments
194 Comments | Leave a Comment
Browse Our Archives
get the latest from
Pagan
Sign up for our newsletter
POPULAR AT PATHEOS Pagan
1 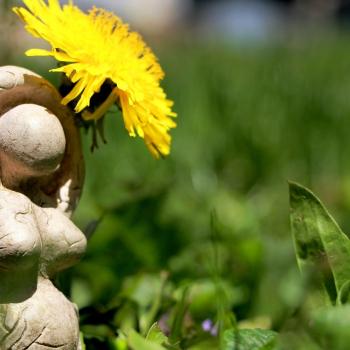 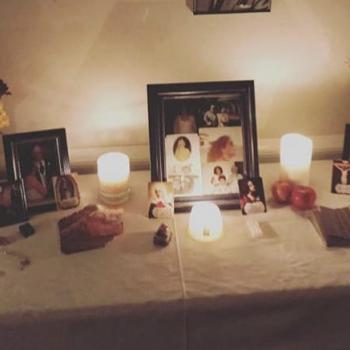 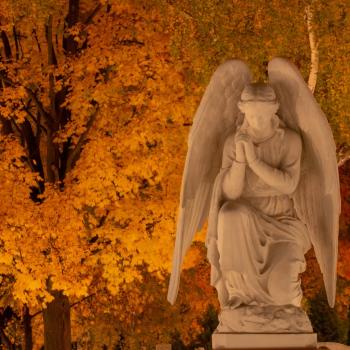 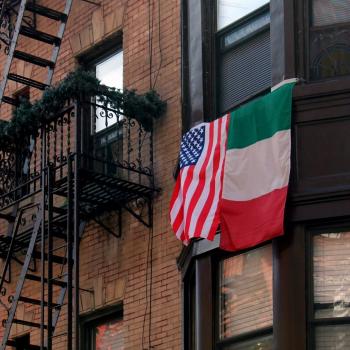 Astonished & Influential Witches Yesterday & Today
Post-Yuletide can be a little blah, so how about some questions from...
view all Pagan blogs
What Are Your Thoughts?leave a comment