Transhumanists do a disservice by making transhumanism—a term first coined in 1957 by Julian Huxley in his essay New Bottles for New Wine—seem appealing because it’s based on speculative philosophy that reduces the self to a series of ones and zeroes.

I feel like I’m looking into those mid-90’s mirror glasses of Morpheus trying to decide if I should take the blue pill or the red pill. Which one let’s me wake up like nothing’s happened, again?

Transhumanism evangelists tell me to take the blue pill. Stay plugged in to the Matrix and live the life I always wanted. Stave death off for a few more years. Upload some memories from my brain into my hard drive and live in said harddrive—only consciously, mind you.

But my actual soul urges me to take the red pill; stay in wonderland, see how far the rabbit hole goes—and hopefully find freedom from the machines.

In The Matrix human beings, made of flesh and blood through and through, fought for their lives against their oppressors: the machines.

Man gave birth to AI (artificial intelligence) and AI took over and enslaved humans, reducing them to a “copper top” so they could harvest their power, and, therefore, continue to exist.

In the The Matrix the protagonists hacked into the machine network in order to free other humans who were unknowingly plugged in, living a dream life.

There’s a trace of transhumanism in The Matrix: the characters possess the ability to plug their brains into a fake world, and upload instructions on how to fly a military helicopter.

But the humans warred against the machines. They didn’t adapt, and become part machine themselves.

In the critically acclaimed Ex Machina (2016) we again find ourselves wondering if AI can possess human consciousness (the Turing Test). The storyline here plays like The Matrix: man versus machine. It just employs more seduction into the mix.

Today, however, we’re taking the next step.

Machines aren’t just our friends, like C3PO or our potential enemies like Ava. We are the machines—or part machine. At least we soon can be.

The 2017 remake Ghost in the Shell highlights this progression and presents us with a sexy look at the future when a self is really just a matter of perspective.

Russian tech mogul Dmitry Itskov believes he can pioneer a way for human beings to live forever. He believes without “immortality technology” he will be dead in thirty-five years.

The implication lining his ambition is that when we die, that’s it. No afterlife.

He’s a materialist. So, rather than settling for the end, he’d rather discover a way to upload his brain into a computer mainframe and live in his consciousness forever. Sounds delightful.

He is, however, not alone in his quest for digital immortality.

Well known American tech moguls are investing in various areas of research designed to extend life and have founded institutions such as Singularity University and Future of Humanity Institute (which is in association with Oxford University). Even noted evolutionary biologist Richard Dawkins wants in the game.

He’s “committed to the view that there is nothing mystical or supernatural about life, and therefore in principle, it must be possible to construct life either chemically, making your own by chemistry, or in a computer.”

God is Absent, So Upload Me to the Mainframe

Even disenfranchised Christians find transhumanism a viable alternative to religion.

In this disturbing piece found in The Guardian, Meghan O’Gieblyn chronicles her fall from her Christian faith, due to an “overwhelming despair at the absence of God.”

O’Gieblyn admits transhumanists “do not believe in the existence of a soul, but they are not strict materialists, either.” They believe in patterns, meaning our consciousness is the result of biological processes.

So, of course you can replicate a pattern and store it somewhere, right?

“You cannot code intuition; you cannot code aesthetic beauty; you cannot code love or hate. There is no way you will ever see a human brain reduced to a digital medium. It’s simply impossible to reduce that complexity to the kind of algorithmic process that you will have to have to do that.”

Dr. Nicoleis admits things exist beyond ones and zeroes which cannot be duplicated, and this makes human beings impossible to reduce to a machine.

What makes you and me a self, then, are things outside the world of science. They cannot be replicated because they deal with our individual experience of living in relation to other people and things in the world.

Embedded in the transhuman idea lies the concept of dualism. Our physical bodies and our minds can and do operate independent of each other. This raises questions about what constitutes the self.

Transhumanists believe the self can be replicated and uploaded into a computer. But what kind of existence is that?

The despair that drove O’Gieblyn to transhumamism is a relationally cosmic issue. Who are we in relation to one another, to God? Where is God when life hurts? Do I matter? What is my purpose in this world?

We can try and outsmart genetic issues like suffering, alienation, and death all we want. But in the end a better weapon against genetic and cosmic entropy might be found in the rumination of C.S. Lewis who said:

“If I find in myself a desire which no experience in this world can satisfy, the most probable explanation is that I was made for another world.”

After all, if we’re considering the stuff of science fiction as a real solution to our ontological problems. Is a place like heaven really that far fetched? 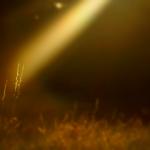 August 25, 2017 Against Rahnerian Transcendence
Recent Comments
0 | Leave a Comment
"So what exactly does this film tll us?"
Jesse H Dunkirk: A Visceral Reaction
"That's great, but what does this have to do with religion?"
Bei Dawei Information Storage Under Your Skin
"I like what Hans Kungs' writings were so true..."
Krystal Skopinski The Vastness of the Universe and ..."
"Does imagination require thinking that the imagined entities are real? Within the realm of pretense, ..."
ortcutt C.S. Lewis And The Value of ..."
Browse Our Archives
Related posts from The Toolshed

Evangelical
C.S. Lewis And The Value of the Imagination
The Toolshed
TRENDING AT PATHEOS Evangelical