Utilitarianism and Human Flourishing: Does It Matter?

This week I’m reflecting on one of the logical outcomes of utilitarianism as it relates to personhood and beauty.

I want to review utilitarianism in brief. I’ll begin with a brief look at Aristotle and jump to the modern era so as to get a handle on how we tend to view it in our own age.

Utilitarianism, one of the most influential ideas of modernity, deals with the summum bonum, or the highest good. The modern sense of the word comes to us from Aristotle’s (384-322 B.C.E.) Nicomachean Ethics. “Therefore,” writes Aristotle, “the Good of man must be the end of the science of Politics.” (Book 1, chapter 2)

For Aristotle, matters of the polis enfolded things like rhetoric and economy and strategy, but these endeavours all contributed to man’s ultimate happiness or pleasure. Aristotle was intent on sketching what a flourishing culture looks like. The Good, says Aristotle:

Aristotle employs the word eudaimonia, meaning “happiness” or “flourishing.” So the summum bonum is what we seek in life and eudaimonia, or happiness or flourishing is that highest good or goal. Aristotle also says that the gods possess a pure kind of eudaimonia and this activity of flourishing is contemplation. So true happiness relates to something divine.

Contemplation, for the modern mind, does not sound very practical or useful. Quite the opposite, in fact. But can it not be argued contemplation is itself a useful and virtuous activity? Perhaps it’s not viewed in the way because of how we tend to ascribe worth and use to activities. I’ll come back to this in another post. Moving on.

The concept of summum bonum is also a theological term that positions God, not happiness, as the highest good. So, it should be noted from the outset this concept might be interpreted differently by a secularist and someone from the Christian tradition. Or will it?

Over the last two decades, evangelicals and other Protestant Christians use the term “human flourishing” as a cultural aim for all humanity. Who are we if we do not seek the flourishing of everyone?

I believe God desires “flourishing” for humans and for all of his creation. But I think we run into problems when we emphasize flourishing over the worship of YHWH. We’ll touch on this more in coming posts.

He includes psychological, intellectual, and spiritual pleasures as well. The utilitarian doctrine, according to Mill, is that “happiness is desirable, and the only thing desirable, as an end; all other things being only desirable as means to that end.”

The idea of “utility” sounds negative at face value. It ranks the use of things and people and outcomes from an impersonal perspective. Can’t some things in this world be valuable despite their lack of use?

By ranking outcomes, it reduces those outcomes to a quantity. This rails against our innate sense that certain things in this life maintain intrinsic value or worth.

From a Christian standpoint, the summum bonum or highest good reaches beyond questions of ethics. The Highest Good begins with the worship of YHWH.

This creates a tension between a person who seeks human flourishing as the ultimate good and the person who views worship as the beginning of human ethics. Can the two views be reconciled?

The Toolshed is a place to hammer out answers to tough theological and philosophical questions. I intend it to be a running dialogue between me and you. I’m grateful to have you along. Please feel free to leave your thoughts if so moved. 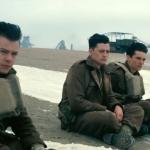 April 9, 2021 Vitalogy: Pearl Jam and the Preciousness of Life
Recent Comments
0 | Leave a Comment
"So what exactly does this film tll us?"
Jesse H Dunkirk: A Visceral Reaction
"That's great, but what does this have to do with religion?"
Bei Dawei Information Storage Under Your Skin
"I like what Hans Kungs' writings were so true..."
Krystal Skopinski The Vastness of the Universe and ..."
"Does imagination require thinking that the imagined entities are real? Within the realm of pretense, ..."
ortcutt C.S. Lewis And The Value of ..."
Browse Our Archives
Related posts from The Toolshed

Evangelical
Crossing The Line: Growing A Human Fetus in...
The Toolshed

Evangelical
We Need to Better Critics of Ourselves, Others,...
The Toolshed
TRENDING AT PATHEOS Evangelical