Although I grew up in the Lutheran church, in 1979 I converted to Seventh Day Adventism and became deeply entrenched in its apocalyptic fervor. I became so deeply committed to the faith that within a year I flew halfway across the US to study for the ministry.

Prior to my conversion, while in my teens, I had been a highly creative individual. I played the drums and guitar, spent many hours sketching, wrote poetry, spent a king’s ransom on a new Nikon camera and wide-angle lens to shoot photos of skateboarders, and skated myself about 20 hours a week.

Then at nineteen I “got saved,” went to school to study for the ministry, and gave up every form of creative “self-gratification” except the guitar.

First, I gave up skating. Next, the desire to keep the second commandment and “not create any graven images” led me to sell my beloved camera. Drums were strictly verboten in my denomination, so I gave up the best instrument, which ironically, helps other musicians keep time. And even though I kept my classical guitar, I had to scale back my playing to an elementary level so that my music could be accepted by other churchgoers.

The “Day the Music Died.”

I have no doubt that this creative death sentence led me to cherish the immortal song American Pie by Don McLean in which he sings . . .

Why? Because I credit my conversion to Christianity as “The day the music died.” In other words, the period in which creativity died in my life.

There’s not a lot of scientific data on the subject, but what little evidence there is leans towards the affirmative. Yes, non-believers are more creative than believers. Here’s a few sources readers can wade through which flush out a few interesting details such as . . .

There is evidence to suggest that “apostates” were more likely to have engaged in a lot of creative pretending and role playing as children.

In another study , using the gross national product per capita (GDPpc) in 87 countries as a guide, discovered:

Science has a way of presenting data that is often dry and impersonal. In ascertaining whether religion hinders or fosters a person’s creative talents subjective experience may prove to be the better indicator.

Speaking from personal experience, religion killed my creative interests in the short-term, and likely curtailed it in the long-term. During my time as an Adventist, I acted on the imperative that Jesus could return at any moment, so there was no time for me (as well as other disciples of the faith) to be engaged in any frivolous creative pursuits. The notable acceptation is that if one uses their “talents” to promote the tenets of the faith then their creative aspirations are welcomed.

Another point I wish to make is that once I left religion I started making up for lost time. I vigorously returned to the creative interests I had before my conversion. I did so for personal pleasure but also to reconnect with people. Very little happens in life that does not rely on human creativity and ingenuity. If we don’t use our talents, we are dead to the world.

One might even conclude that a world filled with religious adherents, who do not appreciate the creative advancements made by mankind in the areas of science, is also dead.

So, I pose the question: Are skeptics, atheists, and other non-believers more creative than individuals who follow religions?

About Scott R. Stahlecker
Scott Stahlecker is a former minister and now writes for Thinkadelics about the joys and benefits of living as a freethinker. He is the author of the novel "Blind Guides" and "Picking Wings Off Butterflies." You can read more about the author here.
Previous Post

June 18, 2021 Thank You Supreme Court for Clarifying that Religious Freedom Equates to Inequality.
Recent Comments
6 Comments | Leave a Comment
Browse Our Archives
get the latest updates from
Thinkadelics
and the Patheos
Nonreligious
Channel
POPULAR AT PATHEOS Nonreligious
1 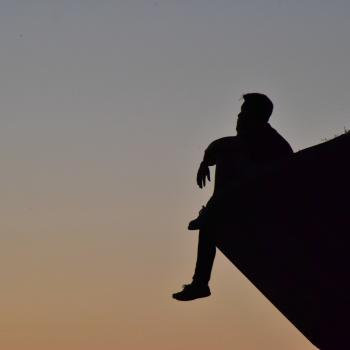 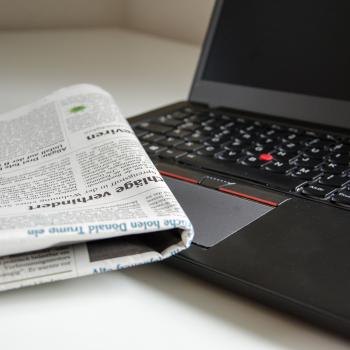 Nonreligious
When it Comes to Journalistic Integrity Think of...
Thinkadelics
TRENDING AT PATHEOS Nonreligious

Republican Reactions To Evangelical Monthly Subscription Service
Christian Prophetess Cat Caducity announced that her church Gudgeon Ministries has...
view all Nonreligious blogs
What Are Your Thoughts?leave a comment