Politico published an article on Wednesday detailing just how lucrative it was for mainstream media sources to report on the four years Trump was in office. Quoting now:

“Over the past year, the major cable channels have lost from 34 percent to 43 percent of their audiences.”

That Politico article dovetailed nicely with a video posted by Russel Brand in which he talks about “. . . the symbiotic relationship between mainstream media outlets, the weapons industry . . . former military officials, [and] all [who] work together to perpetuate war and profits.

This got me to wondering how much Politico was profiting from printing yet another story about Trump—which ironically—bemoans the loss in revenue to mainstream media outlets such as itself. Which in turn got me to thinking how much money Brand might be banking. After all, could he not be considered guilty of profiting from the Afghanistan war—by ironically—talking about all the people that profited from this war?

And lest I be denounced as a hypocrite, I might as well poke fun at my own choice of subject matter today, which is yet another blog in which Trump is featured in some way.

It might seem like America and the whole world changed after Trump took office in 2016. Actually, things were getting bad long before he took his oath—in America and abroad. The earth was warming at unprecedented rates; Covid-19 was incubating in a Petri dish or hanging from a food vendor’s hook somewhere just waiting to kill millions; the water wars had already begun; and so forth.

Still, like opening Pandora’s box, chaos and pandemonium seemed to follow Trump’s inauguration speech. We all knew this the moment Sean Spicer—already under the spell of Trump—told Americans to believe what their eyes weren’t telling them. That the crowd at Trump’s inauguration was bigger than the crowds at Obama’s inauguration. Things pretty much went downhill after this presidential pissing contest.

I’m sure Trump is pleased at how the thousands of lies he’s told since his swearing in still earns him so much admiration and praise, but he deserves far less notoriety. (The Washington post tallies his false and misleading claims at 30,573, and this is just counting his years in office.) To the extent that Trump warrants any place among the infamous, it’s only because he made it OK for a lot of politicians, powerful people, and misguided Americans to start breaking bad along with him.

So, whether we like it or not future blogs, articles and books will be written about him, because he was precisely the wrong person to hold the highest office at such a pivotal time in American history. And, because it would also be highly irresponsible of us to discount his continued influence. There are just so many lessons we still need to learn about how his actions threatened our democracy—and still do.

Trump is a byproduct of our culture

Riddle me this. What happens when a nation is governed by predominately white males for 245 years, whose primary legislative agenda is the accumulation of wealth for major corporations and a select few, who pass laws that rig the legal system to favor the wealthy and powerful, and who neglect the needs of the poor and helpless?

Answer: You create a way of life that idolizes and rewards people like Donald J. Trump. For Trump merely exemplifies how some people think and act when raised in a culture that values financial success above any other form of achievement.

To his credit Trump has learned how to maximize capitalism to build wealth, to manipulate the courts and our legal system, to take advantage of the loopholes built into our tax system, and to take advantage of all the other “systems” which America has set up to ensure people like him succeed. Trump has become what our American way of life has created and destined him to become.

So, it should come as no surprise that mainstream media, even media outlets that lean towards a particular political ideology made a ton of money covering Trump’s presidency. If anyone is to be blamed for the wealth generated by the press reporting on Trump it’s the American people. We are the ones that tuned in on our televisions and other devices, thus generating revenue for these companies.

We all had our reasons to tune in, didn’t we? As for myself, (and I think I’m speaking for others as well), I tuned in when I noticed how quickly some of my neighbors, friends and family members broke bad the moment our commander in chief shown his true colors as a rude badass.

Forget for the moment the context in which I just outlined above the role American culture played in preparing an individual like Trump to acquire his office. Instead, think about our role in electing a man to represent ourselves, knowing full-well the kind of person he was. Consider for the moment, the man’s character and core personality traits. Roughly half of Americans still love the guy. They value his values. They admire the way he treats others. They see in him the kinds of virtues that best exemplifies humanity.

What’s even more perplexing? By and large, Christians adore him. He is their knight in shining armor; a modern-day savior whom they believe best personifies Christ and who stands ready to enact laws they think will establish their version of a theocracy.

Like the new Texas abortion law . . .   which will reward citizens who are willing to snitch on rape and incest victims with a bag worth $10,000 in silver to inform the government where and when an abortion has taken place.

I call this communist infused capitalism, or just the horrific effects of conservative religion in our country. Talk about draconian! This sounds like a law straight out of the book of Leviticus.

But I’ve now gotten way ahead of myself on a topic I might talk about next week. My aim here was to leave you with an example of just how bad things have gotten after breaking bad became the new norm in Washington.

Before 2016, we all knew politicians were adept at twisting the truth, but the degree to which many now deliberately lie daily to hold onto power is a spectacle of the highest disorder. Frankly, I’m stupefied at just how quickly after Trump took office so many of our elected officials became so corrupted. Deceit is so rampant, that any citizen can easily factcheck the deception emanating from the mouths of politicians in real time. And while lying is bad enough, the willingness of some politicians to incite violence to remain in power—to literally pit fellow Americans against one another in a manner that causes both harm and death—is profoundly disturbing. It’s not only un-American; it’s amoral. 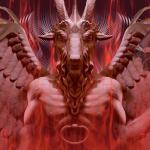 August 31, 2021
The Death of Charlie Watts, and Sympathy for the Devil
Next Post

September 9, 2021 Let’s Talk about the New “Talibanish” Texas Abortion Law
Recent Comments
8 Comments | Leave a Comment
Browse Our Archives
get the latest from
Nonreligious
Sign up for our newsletter
POPULAR AT PATHEOS Nonreligious
1

Return of the Plug-Uglies
I'M reading a book by Yale historian Joanne B. Freeman, above, about...
view all Nonreligious blogs
What Are Your Thoughts?leave a comment