The Guy Who Never Cursed

Many years back I was talking with a flight instructor in St. George, Utah. Utah is home to many Latter-Day Saints, and St. George represents a Mecca for many within the church. My flight instructor, who was also a good friend, was a devout Mormon.

He confessed to me after one of our flights over “Dixie” that he had never cursed in his entire life. Not one, single, errant word. I was dumfounded. This feat seemed miraculous, but I also took it as trite and pointless. I remember thinking, with all the evil happening in the world, not swearing is one of the most important social ills to focus on?

“Do not be too moral. You may cheat yourself out of much life. Aim above morality. Be not simply good; be good for something.” Henry David Thoreau

This is one of those quotes that perplexes believers but makes perfect sense to freethinkers. The reason is, that just beyond the colored glass murals of the church sanctuary is where real life ensues. Church sanctuaries are more than buildings; they are cocoons of protection, which are designed to insulate and shield believers from contact with the evils—and the evil doers—of the world.

The world is a place of many wonders that are meant to be enjoyed. It contains marvels that can be relished both in the natural world, but also, in the day-to-day experiences of its human inhabitants. Yet, as we all know too well, life is also filled with disease, hunger, squalor, waste, misery, pain and other forms of human suffering.

To put it bluntly: They are going to have the drop their Pollyannish pretentiousness, and start giving a #*=! about the big problems perplexing humanity, rather than tinier issues like saying the word “#*=!”.

Are there risks involved in not being too moral?

For example, will this cause a person to become—God forbid—an atheist? More about this in Wednesday’s post . . .

How to Make a Stand on the Right Side of History 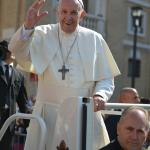 October 29, 2021
When the Two Most Powerful Catholics in the World Meet
Next Post 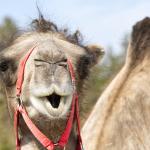 November 3, 2021 Go Ahead, Take a Walk on the Wild Side
Recent Comments
73 Comments | Leave a Comment
Browse Our Archives
get the latest from
Nonreligious
Sign up for our newsletter
POPULAR AT PATHEOS Nonreligious
1 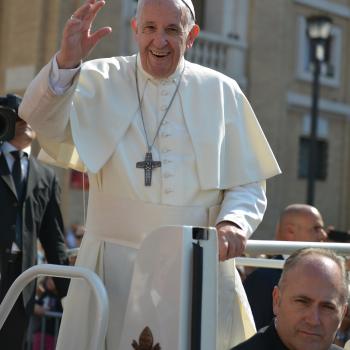 73 responses to “The Guy Who Never Cursed”