I will not let you go, my Lord
Fisherman Peter was out at sea
He cast all night and he cast all day
He catch no fish, but he catch some soul
Jacob hang from a trembling limb I looked to the East at the breaking of the day, The old ship of Zion went sailing away.

Some of the writings you find in Conjure are different than the English most folks speak. That is because this is the Gullah language, as it is still spoken today by the Gullah people, an African American population living on the Sea Islands and coastal areas of South Carolina, Georgia, and northeastern Florida. Gullah is recognized by the US government as a real language; it is not some distant dialect spoken in the past. This is the living language of the Gullah Nation and still very much alive.

In order to really understand Conjure and the culture it comes from, you have to understand the way the ancestors thought. If you were a Southern child, raised in a home where a worker lived, you would have been taught these secrets as you were growing up.

Most folks, when they look at the spiritual above, see a spiritual that talks about Peter fishing and not catching any fish. They don’t understand that the words really have nothing to do with Peter. It’s a coded message to let folks know what is going on. The prayer house or meetinghouse was the only place the ancestors were allowed to meet and worship. They learned to sing spirituals that the slave masters thought were just church songs, but some were sharing information like the one above.

So what is the message above? You just have to know what you are looking for.

In this spiritual “I hold my brudder wid a trebling hand” lets us know they are afraid. “Wrastl on Jacob, Jacob day is a breakin” lets us know that the sun is just rising. “Fisherman Peter was out at sea” lets folks know the plantation owner is out of the house. “He cast all night and he cast all day” says he’s been out searching all day and all night.

“He catch no fish, but he catch some soul” means he caught the ancestor he was looking for, and—“Jacob hang from a trembling limb”—he hung him. “I looked to the East at the breaking of the day, the old ship of Zion went sailing away” tells folks they hung him the next day at daybreak. The old ship Zion is his spirit leaving him, going up into the East to heaven, where it is said the dead will rise on Judgment Day.

Excerpt adapted, and reprinted with permission from Weiser Books an imprint of Red Wheel/Weiser. Old Style Conjure by Starr Casas is available wherever books and ebooks are sold or directly from the publisher.

As you can see this spiritual really isn’t all about biblical matters. It’s to let the slaves on the plantation know what was going on. This song really has nothing to do with the biblical Jacob or Peter, but it has everything to do with a runaway slave that got caught and was hung at daybreak the next day.

You may be thinking, What in the world does this ole spiritual have to do with learning Conjure!? My answer is everything. It will teach you to really look at everything.

Conjure workers are tricky and cunning: they are taught to drop work in plain sight, to bless or curse right in front of a target without the target being any the wiser. Just like in this ole spiritual, a message hidden in plain view. Folks who were not raised in this culture are missing that advantage.

I wanted to start with a spiritual to give y’all an idea of how the ancestors thought. You have to forget about modern times and all the conveniences we have today. Some will know what I am talking about. Younger folks may be shocked at how little folks had in the days of the ancestors, especially compared to what we have today. 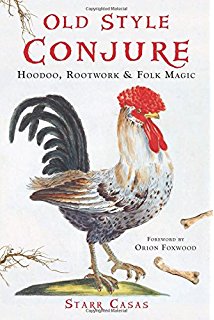 Conjure is not modern. It was born out of a time when one person was allowed to own another, a time when folks’ lives depended on hiding information, a time when a person could be killed or maimed for something as simple as spilling a cup of water. It’s ugly, it’s horrible, and it is beyond belief—but it is the truth and it is from this place that this work was born. The work is mingled in everything we do in our daily lives. This work is not something you just do. It becomes a way of life.

I want to examine one more spiritual. This one is called Go in the Wilderness, and this spiritual, like the previous one, is a coded message:

Go in the Wilderness

If you are truly going to understand Conjure and the culture it comes from, then first you must understand the ancestors. You have to really look at slavery with opened eyes, not with blinders on. Everything they did was watched twenty-four hours a day, seven days a week. They worked from sunup till sundown.

My mama worked like this, when she was a child. All of my aunts did, too, to help my grandma feed them. They went to school when they could. They lived in a house supplied by the man my grandma worked for. She was nothing more than a field hand, as were her children. My granddaddy was crippled and couldn’t work.

As we know, the ancestors learned to pass messages along in song. They would sing while they worked in the fields. Look at Go in the Wilderness: it is a message of where to go and what to do.

So “Jesus” called: this is telling them that word has come and the time to move is now. The next stanza tells them to go into the “wilderness,” which of course means the woods. They are to go there and wait. “He take away de sins of de world” is telling them that the contact will take them away from the plantation. The “Lord” is waiting for them, which means the contact is there.

The plantation owner didn’t have a clue as to what was going on, until it was too late. The ancestors had to think fast on their feet to stay alive; that same cleverness is in the work. Conjure workers are very tricky when it comes to the work of laying down tricks. Go and listen to some of the ole spirituals. Find what is hidden there, it will help you in your work.

Starr Casas, a veteran rootworker and traditional conjure woman, has been helping people for over 35 years through her ancestral art of old style conjure. She is one of the preeminent modern masters of this southern American style of folk magic, and she maintains an active teaching schedule. Starr is also among the organizers of the annual New Orleans Folk Magic Festival. 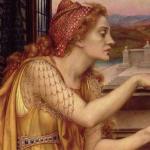 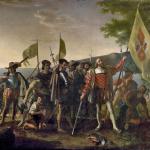 October 9, 2017 Pagans & Privilege: A Columbus Day Thinkpiece
Browse Our Archives
get the latest from
Through the Grapevine
Sign up for our newsletter
POPULAR AT PATHEOS Pagan
1

Creating Spirit Ally Relationships With Your...
3 Pagans and a Cat
Related posts from Through the Grapevine 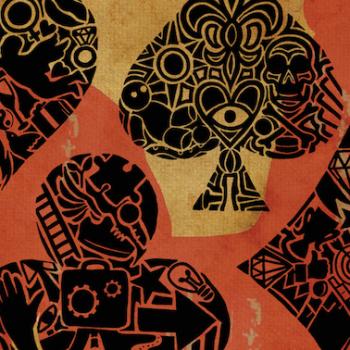 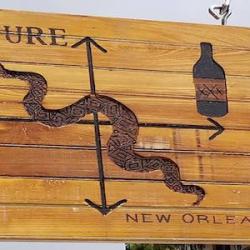 Pagan
What Is Conjure/Hoodoo?
Through the Grapevine

Do I Have to Wear Black? It's Your...
In the funeral industry “Christian” has somehow come to mean dignified, as...
view all Pagan blogs
Copyright 2008-2020, Patheos. All rights reserved.