Civil Discourse: Taking One for the Team

Of all the commands handed down by God and Jesus Christ to man, there is clearly one that is the most difficult – hands down – to fulfill.  It isn’t to “Love the Lord your God with all your heart, soul and strength;”Luke 10:27. The greatest commandment, according to Christ, but the second, which he said is like the first: that we are to love our neighbor as ourselves. 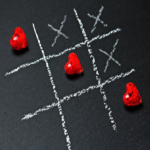 Anyone can devote their lives to God and give all of their strength to His service – I’m not saying it’s easy, and not many do – but to love our fellow man with the kind of power and love that Christ showed us?  That is a difficult thing. Scripture tells us that we love Him because He first loved us. I John 4:19 Relatively speaking, it’s easier to love and serve a God that is righteous, holy and perfect and who always acts in our best interests 100% of the time.  It’s a different matter entirely to love our fellow sinful, selfish, and sometimes downright hateful human beings. However, that is our mandate, as darn near impossible as it seems. Not just loving the loveable, our family, our friends, and those who show us kindness; but also, the stranger and – here’s the kicker – “Love your enemies, bless those that curse you, do good to those that hate you, and pray for those who speak evil about you.” Luke 6:27-28 Not because they deserve it, but because fulfilling the first commandment: Loving God, requires that we devote ourselves to this second one that is like it.

I recently got a hard lesson in this from a friend. An unsaved friend at that. I’d had a bad day at work and performed a somewhat selfless act that I likened to “falling on a grenade” to help my team. It was an unpleasant experience and I was immediately punished for it by my supervisors in a manner that seemed very unsupportive. The issue that arose wasn’t my fault, but I handled it, and later, it appeared to those not in the know, that I had caused the problem.  I was muttering darkly to my friend, “That’s the last time I throw myself on a grenade like that in this job!” Her response was that if I hadn’t done the unpleasant task, one of my coworkers would have had to do it.  I angrily brushed her off, but after we spoke, the Spirit kind of knocked me upside the head and reminded me of love. Of the Good Samaritan.  Of Colossians 3:23: that “whatever we do we are to work at it with all our heart as unto the Lord.” My Earthly employer is not my boss, Christ is, and if I were working in Heaven on the streets of gold at a tasked assigned by Him would I ever fail to throw myself into that same unpleasantness with His eye upon me?

Of course I wouldn’t. I’d do it gladly. For Him.

I was ashamed. I had figured my unsaved friend was just trying to open me up to be used and abused by the world, but she knew in that moment, it was the Christian thing to do. Yes, Christ commanded us to suffer the world’s abuse and scorn…not as fools or slaves, but if you are called upon to sacrifice, and show His love, then you are to do so. It is the second greatest commandment given to you. The hardest to fulfill, and the easiest to forget.

Whatever You Say, Pal

“A gentle answer turns away wrath, but a harsh word stirs up anger.” ~Proverbs 15:1

Where this rubber meets the road in more practical terms for some of us is choosing to show grace when arguing or debating with others. We live in polarized times, and the rhetoric tossed about on all sides of the aisles is usually anything but loving.  I’m not suggesting we as Christians should attempt to kumbaya all things and every disagreement whether political, social, or spiritual. I am suggesting that – especially with non-spiritual matters – we could all probably show a lot more grace in agreeing to disagree without being disagreeable.

Christ shows us the way. In His angriest or most bitingly sarcastic moments He was addressing the church leaders and dealing with spiritual issues that really matter. Not the latest Supreme Court justice, whether the President colluded with another nation, or even how to handle “strangers and pilgrims” to our land. These issues will matter to no one 1,000 years from now, but we defend them today as if they are (eternal) life and death. Sure you can have an opinion. Sure you can express it, and certainly you should debate your points honestly if necessary, but at some point grace demands de-escalation.

Be honest; when was the last time you were in a serious debate – even with your spouse over something – and you got called names or accused of all sorts of things you felt were unfair, but your spirit found a place of peace and you just let the conversation go? I’ll take it a step further – you are wounded and hurt and angry, sure, but you choose to let the conversation go and resolve to pray earnestly for that individual to be blessed?

I’m talking to myself here, and before that incident at work the answer was truthfully I couldn’t remember a time I’d ever done that, but since then, there’s been a few times. I hope to make it a few more.  The world is supposed to recognize us as Christians by the love we show. Sometimes love means taking one for the team, swallowing your pride and esteeming others as greater than yourself. 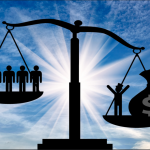 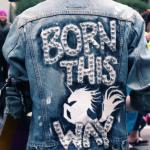 July 29, 2018 Born this Way?
Browse Our Archives
get the latest from
Evangelical
Sign up for our newsletter
POPULAR AT PATHEOS Evangelical
1

Deplatforming
Cranach
Related posts from Tim to Get Right 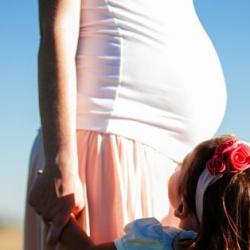 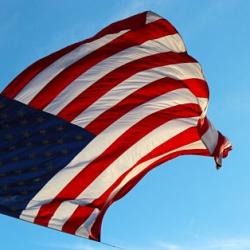 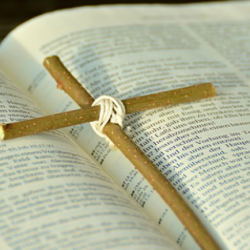