The High Cost of Twerking

Confession: I’m a middle age white guy.  I don’t know a Twerk from Tweak.  I didn’t watch Miley Cyrus’ performance on the Video Music Awards nor did I go to youtube to see what all the commotion was about (nor did I want to).  (My big entertainment excitement comes when Barry Manilow appears live at the White House 4th of July special on PBS!)  But all the buzz about Miley’s Twerk serves as a provocative metaphor for the continued sexualization of our daughters and the high cost to them…and to our boys…and to our culture. 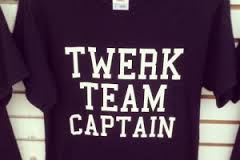 Our girls are growing up in a schizophrenic world.

On the one hand—for over 40 years great-grandmas, grandmas, and moms, along with their great-grandpas, grandpas, and dads, have worked hard to ensure that their girls grow up to live out their full potential—in the language of the church–as the Image of God female.  To live out their purpose.  To be whatever they believed God was calling them to be.

My wife is an inheritor of that movement.  From the time she was a little girl she wanted to be a nurse.  That calling shaped her school years and shortly before we married, she was “pinned” as an RN.  She worked in the nursing home field for a few years when a new calling grabbed her—the calling to be a full time mom.  Once our kids were in their early teens, she joined the worship team at our congregation and worked full time for years in the church.  Now, she’s living out a new call—being a grandma!

My daughter is an inheritor of that movement.  Since she was a little girl she wanted to change the world.  At first she thought she could do that through Marine Biology.  Then she wanted to change the world by working in the area of human rights, particularly focusing on the rights of women.  She went to college in London, England, and was mentored by a teacher who poured his passion for human rights into her.  She went on to get a Masters in human rights law and eventually a law degree from the University of Minnesota in human rights.  (It wasn’t that long ago that men made up the majority of lawyers.  Today—women are the majority of law students.).  She got the law degree to give her the street cred she needed to carry out her passion of bringing hope to those without hope.  One of her current projects is working with at risk youth in a local neighborhood (along with raising her son along with her husband).

Women like Hillary Clinton, Condoleezza Rice, Marissa Mayer (Yahoo) and Sheryl Sandberg (Facebook) model the hopes and dreams we have for our girls—to chase their passions and dreams and positively impact the world.

On the other hand—there’s Miley…who represents the growing sexualization of our girls, a sexualization that comes at a high price.

It comes at a high price for our daughters: Sexualization always enslaves our girls to their appearance, their bodies, cultural approval, crassness, and ultimately immaturity.  It demeans and devalues them and forces them to live on the surface of life rather than in the meaningful depths of life.  Twerking (my metaphor for the sexualization of girls) makes girls into objects rather than women.  Sexualized girls/women can never live with confidence.  They always live in fear—fear of the moment when their “twerking” will no longer make them attractive to others.  They may momentarily “gain the world,” but in the end they risk losing their souls.

It comes at a high price for our boys.  We’re trying to teach our boys to treat girls with dignity and respect.  To treat them as equals.  But when the girls they are supposed to respect flaunt their twerks, dress like underage prostitutes and act like trashy teases, boys don’t know what to do.  No wonder so many young men are turning their backs on human relationships and turning to virtual ones.  At least with virtual relationships the rules and boundaries are constant.

And twerking comes at a high cost to society.  It is society that largely sexualizes our daughters.  And that sexualization seems to be sending confusing, and damning messages.

Joanne Bamberger, in her USA editorial, The Verdict on Hannah and the Montana Judge, sees a link between the over-sexualization of our girls and some of the appalling verdicts handed down in cases of rape against minors, where the minors were judged to be “in control of the situation.”  You can decide for yourself is she makes her case or not.  Regardless, a society that demeans its girls by turning them into sexual objects, and that encourages girls to sexualize themselves as a way to experience empowered womanhood, is a society that will implode on itself.

Miley’s twerk brought an outpouring of disgust and anger from a lot of people.  It also provoked deep sadness in many of us who care deeply about our girls and our boys.  While Miley is responsible for her actions, she is also a product of her business and her culture.  So perhaps her twerking can serve as not just another moment of outrage at what we are doing to our girls, our boys, and our culture, but as a moment that launches a movement to reclaim our daughters and sons with a vision for good, healthy, gracious manhood and womanhood. 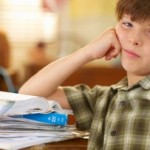 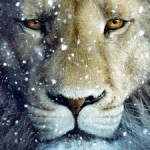 September 5, 2013 The Short-Sighted Battle to Tame Boys
Recent Comments
0 | Leave a Comment
"This is a fascinating idea. Having raised boys and a girl, I can promise you ..."
ckahrl It’s Been 50 Years Since a ..."
"Um, Jesus is already famous. This reminds me of the whole "Good News" Christian trope. ..."
Adam King The Purpose of Boys: A Podcast ..."
"So Jesus needs our help in the Name Recognition area? Really???? If he did, he ..."
Jezebel'sOlderSister The Purpose of Boys: A Podcast ..."
"Apparently men also make unevidenced generalizations based on outdated stereotypes."
Adam King Bathrooms, Male Stereotypes, and Granddaughters
Browse Our Archives
get the latest from
The Tim Wright Blog
Sign up for our newsletter
POPULAR AT PATHEOS Family
1

5 Sexy Ways to Get Your...
Ashley Willis
Related posts from The Tim Wright Blog 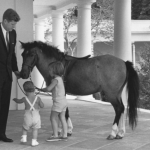 Family
It's Been 50 Years Since a Boy Has...
The Tim Wright Blog 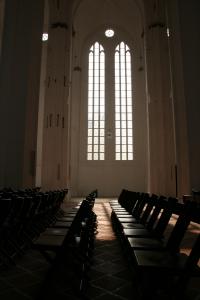 Family
Why Dropping Sunday School Could Save the Soul...
The Tim Wright Blog
TRENDING AT PATHEOS Family