Potty talk has moved front and center in the national debate. And I’m not talking about the Presidential campaign. I’m referring to the bathroom wars. On the one side is the state of North Carolina, passing a law restricting people to public restrooms of their gender biology.

On the other side are companies like Target, opening up their bathrooms to gender identity.

Finding themselves in the middle of the battle are men…and more specifically, stereotypes about men.

The biggest fear of the “anti-gender identity bathroom use” side is the male predator who will use the gender-identity bathroom policy to prey on little girls and women. You get the sense that no man can be trusted on this.

To my knowledge, there has been very little fear expressed about female predators potentially claiming male identity to prey on little boys. For the most part, Target’s gender identity policy has stirred up the stereotype that men can’t be trusted. That men are predators. That men will pounce on this current policy and use it to harm our kids…especially our daughters. It comes so naturally that it seems to be a no-brainer in this discussion.

So where is the outrage over the propagation of this stereotype? Where are the men…and the women…who will defend the honor of men and debunk that stereotype?

As a pastor I work with a lot of men. While I don’t know all of them personally, I can say that I have found them to be good men. Men devoted to their wives or their families or their churches or their jobs. They are not sexual predators.  They are extremely protective of kids.

It has been offensive to me as a man to hear this “men are sexual predators” refrain sung over and over again the last few weeks.

But here’s the challenge: Many of these good men, like me, are deeply troubled by Target’s policy.

I have two granddaughters. I am hopelessly under their magic. And I will go to the death to protect them…from anyone…at any time. I will do all in my power to make sure that they are safe, and that society structures itself to keep them safe.

My oldest granddaughter is turning 7. She’s too old for me to be taking her into the men’s room. She’s old enough to use the women’s restroom (while I stand just outside the door, probably looking a bit creepy!).

So here’s my confession: While I believe that the majority of men are good men and that kids are safe around them…I do not want a man in a woman’s bathroom with my little granddaughters. I know how awful that sounds as I am feeding into the stereotype that men are predators and that our kids, especially our daughters, can’t be left alone with them…especially in a bathroom. But there you have it.

By the way, I don’t want some man walking in on my wife while she’s in the restroom, either. (Nor does she, by the way.)

Are the odds against anything untoward happening small? Doesn’t matter. One tragic incident is one too many.

Some new models of gender neutral bathrooms are emerging that seem to address the many concerns raised by the bathrooms war. But currently most bathrooms, as far as this particular man is concerned (meaning me), are not private enough or safe enough for policies like that of Target’s which simply cannot be policed.

For me the issue is how to protect the physical and emotional rights of all people. Target’s policy, at least for me, robs my granddaughters and my wife of their physical safety as there seems to be no way to police this policy. It robs many of us, including me, of a certain emotional safety of doing one’s business in a room based on our physical plumbing. But I’m also concerned that those self-identifying with a restroom that is different from their current biological plumbing will find themselves harassed and even shamed when people—rightly or wrongly—with good or bad intentions—make a scene or try to keep them out.

The overwhelming majority of men are not sexual predators eager to take advantage of Target’s policy and prey on little girls.  Transgendered people are entitled to their rights to use a bathroom according to their gender identity.  Target’s policy creates losers more than winners.  North Carolina’s law does the same.

Who would have thought that the family bathroom/unisex bathroom—one stall per room—could change the world! 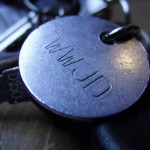 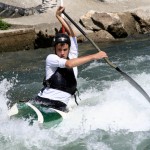 May 13, 2016 How to Speak Man: A Brief Tutorial for Church Leaders Who Want to Reach Men
Recent Comments
0 | Leave a Comment
Browse Our Archives
Related posts from The Tim Wright Blog 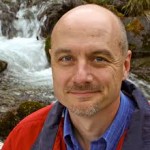 Family
Why Men Hate Going to Church: A Podcast...
The Tim Wright Blog

Family
How to Speak Man: A Brief Tutorial for...
The Tim Wright Blog 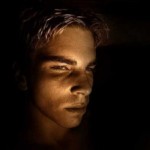 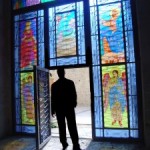