Argument Against a Perfect Being Creating the World

I was listening to a podcast by bloggers Reasonable Doubts recently whereby one of the contributors, Justin Schieber, formulated a logical argument showing the inconsistency of the classic understanding of God, particularly a God who moves from an eternal (a-temporal) existence, to creating time (and space) and living within the framework of such dimensions.

This is an argument that I have often talked about, formulated more formally than I have done and is well worth thinking about. It actually has a twofold set of ramifications, one concerning desires and intentions, and the other concerning the ontology of perfection.

I will set the first out here today, followed by discussing the other later this week. I will set them out in my own manner, which may differ to Justin Schieber’s.

5) implies an incoherence since God, in a perfect state where nothing greater can be conceived or realised, creates the world. How and why would a perfect being want to change the state of affairs to an ontology that is less than perfect? One can only surmise from this that either God does not exist, or God is not perfect, or that the universe retains the state of ontological perfection upon creation. The last option is patently wrong, surely, since the Christian claims that humans are fallen, inescapably prone to sin. This cannot be as perfect as one can be! The Christian claim is that man is imperfect, that we are not synonymous with the perfection of God. And so surely the universe does not continue the state of perfection. The other two option pretty much invalidate notions of a theistic state of affairs.

1) and 2) seem to be pretty much taken as standard, although I will have more to say on this in my next post on perfection, since I think the whole concept is inherently flawed and incoherent.

3) seems to be the generally accepted understanding of temporal creation from an a-temporal state of affairs, as according to theists like Craig.

4) follows from 1) in being a necessary characteristic of God’s ontological status.

I would like anyone to comment on this to see if it can be tightened in any way. Obviously, and as Schieber concurs, it is an argument dependent upon the presupposition of many of the terms and theology accepted by mainstream theistic thought which accepted the coherence of perfection, omniscience, benevolence and potence, and that they are not themselves entirely incoherent. 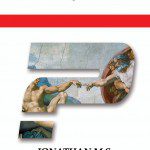 September 5, 2012 AAAARRRRGGGGGHHHHH - it's all going to pot!
Recent Comments
0 | Leave a Comment
Browse Our Archives
Follow Us!

Nonreligious
Pearced Off! #7 - God Has No Free...
A Tippling Philosopher
TRENDING AT PATHEOS Nonreligious