A Defining Feature of Pseudoscience?

There is a problem in the world of philosophy (only one?) dealing with the subject of science known as the demarcation problem: what counts as science, what is good or bad science, and what is pseudoscience? Generally there is agreement that there is no fine line between science and pseudoscience, though there are clear examples of both. But what features can we look for to know which is which and avoid the bad?

One feature that may be employed may be out-and-out dishonesty, but I suspect that isn’t a major staple. It will be hard to have many adherents if you have to be blatantly dishonest to get your position out there. Creationists have this problem in their ranks, but I don’t know if that can be said to be true for all pseudoscience.

I’ll consider one thing I notice in those that defend ideas that are out of the mainstream and potential pseudo, a feature I have seen in other encounters with pseudoscience and scholarship by others and myself. One thing seems to be what a defender of a weak claim focuses on in the attack of their position. An attack will usually have some point of evidence that is strongly against the hypothesis, which ought to be convincing to rational minds that the fringe belief is unlikely to be true. The proofs of the roundness of the earth by ancient Greek scientists are an example; no rational person should think the Earth flat after that point.

However, what I tend to see is a not of emphasis on ancillary points that may have nothing to do with the big problems in the pseudoscience claims. For example, as I have been reading in a history of Immanuel Velikovsky and his arguments about history and celestial mechanics, a great critique of his work was written up by Otto Neugebauer, one of the top historians of science in the mid-20th century. Neugebauer showed decesively in a particular case how Velikovsky had mangled a quote from a work about Babylonian observations of the Moon to say something very different than was original to support his idea of recent encounters between Venus and the Earth (Venus coming in very close proximity to our home planet). However, there was a typo, and Velikovsky and his supporters jumped on that typo; Velikovsky acted as if the miswritten number was the problem Neugebauer was using to attack him, but Neugebauer was not talking about the value he used but instead an added phrase to make it mean something it did not. The value in question was not the issue, but instead that is what Velikovsky et al. focused on. So, instead of dealing with an actual problem with his work, the pseudoscholars made hay about a typo that made no difference to the arguments against them.

Similar to this, there has been an exchange between ancient astronaut researcher Philip Coppens and skeptic Jason Colavito about the Egyptian architect Imhotep. Coppens did not like the points he made, especially in calling him a liar. (Colavito changed his article from “lie” to “falsehood” to avoid hair-splitting about what “lie” means in this context but still getting across that Coppens is not saying true things.) Colavito also gave Coppens space on his blog to respond, which you can read here. And you will notice how he simply does not engage with what was Colavito’s main point: it is not true to claim Imhotep said he got his building know-how from non-human intelligences because we have nothing written by him or his words preserved, and the only evidence provided otherwise is very, very late and doesn’t say what Coppens thinks it says (rather clearly). But instead of focusing on those main objections head-on, he jumps around about if temple = pyramid and claims that Colavito was ambiguous about Imhotep was involved in building Djoser’s pyramid. These are very much beside the point from what was seriously wrong with the claim Coppens was making. But it probably makes sense why; there is no good response.

In my own experience, I have seen similar things. In the comments about Zeitgeist and the Star of Bethlehem on YouTube, there are statements about Nostradamus who, as you may know, was not an early Christian so what he believed in is rather irrelevant to what astrological theories may explain the Star. There is also complain about using the cover of a book by Robert Ebert and complaining about an ad hominem attack because of it (the title is “Your Movie Sucks”). Never mind the context being that scholars think the research in Zeitgeist is crap (thus the parallel with a movie critic calling a movie crap), but it’s beside the point that the things said to be up in the sky on Dec 25 is simply not true, not by a long shot. So again, it makes sense why not to address the issue: it’s dead on arrival, so best to attack some other way, even if you are still wrong.

Why this behavior ought to be considered a part of pseudoscience is that it is inherently irrational. Avoiding contradicting evidence means you are not adjusting the probability of your beliefs being correct, but instead holding to them just as strongly, perhaps even more so. Since science is primarily a rational exercise in finding out what is true, and one cannot do that by avoiding information that shows your belief is false, it fits much better into the category of pseudoscience.

So, if you see an argument, and the responses to it do not deal with the major thrust of it, you may be looking at pseudoscience. However, one example of this ought not to disqualify a person or position; professionals will make this mistake, but it should be corrected for later. So one cannot just run a computer script, say, find one example, and they bam! However, if you find this in abundance and in continuous use, then you may have yourself a pseudo-sandwich.

November 3, 2012
Natural oughts? Is there such a thing as natural?
Next Post 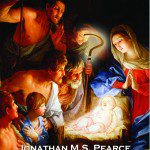 November 4, 2012 Conflicting Genealogies of Jesus and JohnM's Thesis of a Matrilineal Bloodline Refuted
Recent Comments
0 | Leave a Comment
Browse Our Archives
Follow Us!

Nonreligious
Anti-Vaxxers are Winning Their Facebook Battle
A Tippling Philosopher

Nonreligious
The Resurrection: A Critical Examination
A Tippling Philosopher

Nonreligious
Being Skeptical of the Resurrection Accounts; An Online...
A Tippling Philosopher