Argument against the soul – Stephen Cave

Here is a decent essay from author and philosopher Stephen Cave, twinned with his book Immortality: The Quest to Live Forever and How It Drives Civilization (Crown, 2012).

His bio is reproduced below.

What Science Really Says About the Soul

Nathalie was hemorrhaging badly. She felt weak, cold, and the pain in her abdomen was excruciating. A nurse ran out to fetch the doctor, but by the time they arrived she knew she was slipping away. The doctor was shouting instructions when quite suddenly the pain stopped. She felt free—and found herself floating above the drama, looking down at the bustle of activity around her now still body.

“We’ve lost her,” she heard the doctor say, but Nathalie was already moving on and upwards, into a tunnel of light. She first felt a pang of anxiety at leaving her husband and children, but it was soon overwhelmed by a feeling of profound peace; a feeling that it would all be okay. At the end of the tunnel, a figure of pure radiance was waiting with arms wide open. 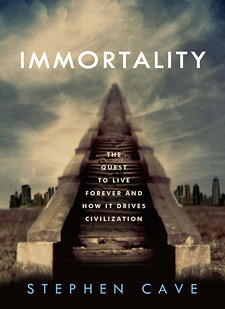 This, or something like it, is how millions imagine what it will be like to die. In 2009, over 70 percent of Americans said they believe that they, like Nathalie, have a soul that will survive the end of their body.1 That figure may well now be higher after the phenomenal success of two recent books describing vivid near death experiences: one from an innocent—the four year old Todd Burpo—the other from the opposite: a Harvard scientist and former skeptic, neurosurgeon Dr. Eben Alexander.2Both argue that when their brains stopped working, their souls floated off to experience a better place.

This is an attractive view and a great consolation to those who have lost loved ones or who are contemplating their own mortality. Many also believe this view to be beyond the realm of science, to concern a different dimension into which no microscope can peer. Dr. Alexander, for example, said in an interview with the New York Times, “Our spirit is not dependent on the brain or body; it is eternal, and no one has one sentence worth of hard evidence that it isn’t.”3

But he is wrong. The evidence of science, when brought together with an ancient argument, provides a very powerful case against the existence of a soul that can carry forward your essence once your body fails. The case runs like this: with modern brain-imaging technology, we can now see how specific, localized brain injuries damage or even destroy aspects of a person’s mental life. These are the sorts of dysfunctions that Oliver Sacks brought to the world in his book The Man Who Mistook His Wife For A Hat.4 The man of the title story was a lucid, intelligent music teacher, who had lost the ability to recognize faces and other familiar objects due to damage to his visual cortex.

Since then, countless examples of such dysfunction have been documented—to the point that every part of the mind can now be seen to fail when some part of the brain fails. The neuroscientist Antonio Damasio has studied many such cases.5 He records a stroke victim, for example, who had lost any capacity for emotion; patients who lost all creativity following brain surgery; and others who lost the ability to make decisions. One man with a brain tumor lost what we might call his moral character, becoming irresponsible and disregarding of social norms. I saw something similar in my own father, who also had a brain tumor: it caused profound changes in his personality and capacities before it eventually killed him.

The crux of the challenge then is this: those who believe they have a soul that survives bodily death typically believe that this soul will enable them, like Nathalie in the story above, to see, think, feel, love, reason and do many other things fitting for a happy afterlife. But if we each have a soul that enables us to see, think and feel after the total destruction of the body, why, in the cases of dysfunction documented by neuroscientists, do these souls not enable us to see, think and feel when only a small portion of the brain is destroyed?

To make the argument clear, we can take the example of sight. If either your eyes or the optic nerves in your brain are sufficiently badly damaged, you will go blind. This tells us very clearly that the faculty of sight is dependent upon functioning eyes and optic nerves.

Yet curiously, when many people imagine their soul leaving their body, they imagine being able to see—like Nathalie, looking down on her own corpse surrounded by frantic doctors.6 They believe, therefore, that their soul can see. But if the soul can see when the entire brain and body have stopped working, why, in the case of people with damaged optic nerves, can’t it see when only part of the brain and body have stopped working? In other words, if blind people have a soul that can see, why are they blind?

So eminent a theologian as Saint Thomas Aquinas, writing 750 years ago, believed this question had no satisfactory answer.7 Without its body—without eyes, ears and nose—he thought the soul would be deprived of all senses, waiting blindly for the resurrection of the flesh to make it whole again. Aquinas concluded that the body-less soul would have only those powers that (in his view) were not dependent upon bodily organs: faculties such as reason and understanding.

But now we can see that these faculties are just as dependent upon a bodily organ—the brain—as sight is upon the eyes. Unlike in Aquinas’s day, we can now keep many people with brain damage alive and use neuroimaging to observe the correlations between that damage and their behavior. And what we observe is that the destruction of certain parts of the brain can destroy those cognitive faculties once thought to belong to the soul. So if he had had the evidence of neuroscience in front of him, we can only imagine that Aquinas himself would have concluded that these faculties also stop when the brain stops.

In fact, evidence now shows that everything the soul is supposed to be able to do—think, remember, love—fails when some relevant part of the brain fails. Even consciousness itself—otherwise there would be no general anesthetics. A syringe full of chemicals is sufficient to extinguish all awareness. For anyone who believes something like the Nathalie story—that consciousness can survive bodily death—this is an embarrassing fact. If the soul can sustain our consciousness after death, when the brain has shut down permanently, why can it not do so when the brain has shut down temporarily? 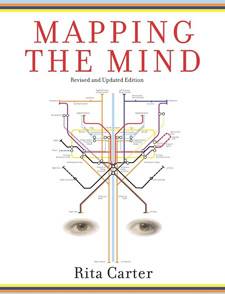 Some defenders of the soul have, of course, attempted to answer this question. They argue, for example, that the soul needs a functioning body in this world, but not in the next. One view is that the soul is like a broadcaster and the body like a receiver—something akin to a television station and a TV set. (Though as our body is also the source of our sensory input, we have to imagine the TV set also has a camera on top feeding images to the distant station.)

We know that if we damage our TV set, we get a distorted picture. And if we break the set, we get no picture at all. The naive observer would believe the program was therefore gone. But we know that it is really still being transmitted; that the real broadcaster is actually elsewhere. Similarly, the soul could still be sending its signal even though the body is no longer able to receive it.

This response sounds seductive, but helps little. First, it does not really address the main argument at all: Most believers expect their soul to be able to carry forward their mental life with or without the body; this is like saying that the TV signal sometimes needs a TV set to transform it into the picture, but once the set is kaput, can make the picture all by itself. But if it can make the picture all by itself, why does it sometimes act through an unreliable set?

Second, changes to our bodies impact on our minds in ways not at all analogous to how damage to a TV set changes its output, even if we take into account damage to the camera too. The TV analogy claims there is something that remains untouched by such damage, some independent broadcaster preserving the real program even if it is distorted by bad reception. But this is precisely what the evidence of neuroscience undermines. Whereas damage to the TV set or camera might make the signal distorted or fuzzy, damage to our brains much more profoundly alters our minds. As we noted above, such damage can even change our moral views, emotional attachments, and the way we reason.

Which suggests we are nothing like a television; but much more like, for example, a music box: the music is not coming from elsewhere, but from the workings within the box itself. When the box is damaged, the music is impaired; and if the box is entirely destroyed, then the music stops for good.

There is much about consciousness that we still do not understand. We are only beginning to decipher its mysteries, and may never fully succeed. But all the evidence we have suggests that the wonders of the mind—even near-death and out of body experiences—are the effect of neurons firing. Contrary to the beliefs of the vast majority of people on Earth, from Hindus to New Age spiritualists, consciousness depends upon the brain and shares its fate to the end.

Stephen Cave is a writer, philosopher and critic. He has a Ph.D. in metaphysics from the University of Cambridge and, before dedicating himself to writing, worked as a British diplomat and policy advisor. Stephen has since written on many philosophical, ethical and scientific subjects, from human nature to robot warriors. He writes regularly for the Financial Times, and has also written for the New York Times, Guardian, Wiredand others. His book, Immortality: The Quest to Live Forever and How It Drives Civilization (Crown, 2012) was a New Scientist best book of the year. He lives in Berlin.

March 20, 2013
God cannot know he is omniscient
Next Post

March 22, 2013 The Boy Scouts of America's exclusions: the gay and the godless
Recent Comments
0 | Leave a Comment
Browse Our Archives
get the latest from
A Tippling Philosopher
Sign up for our newsletter
POPULAR AT PATHEOS Nonreligious
1

Nonreligious
The Argument from Reason Boils down to an...
A Tippling Philosopher

The Human Proclivity to Coalesce
I've been reading Yuval Harari's latest book, 21 Lessons for the 21st...
view all Nonreligious blogs
What Are Your Thoughts?leave a comment
Copyright 2008-2020, Patheos. All rights reserved.